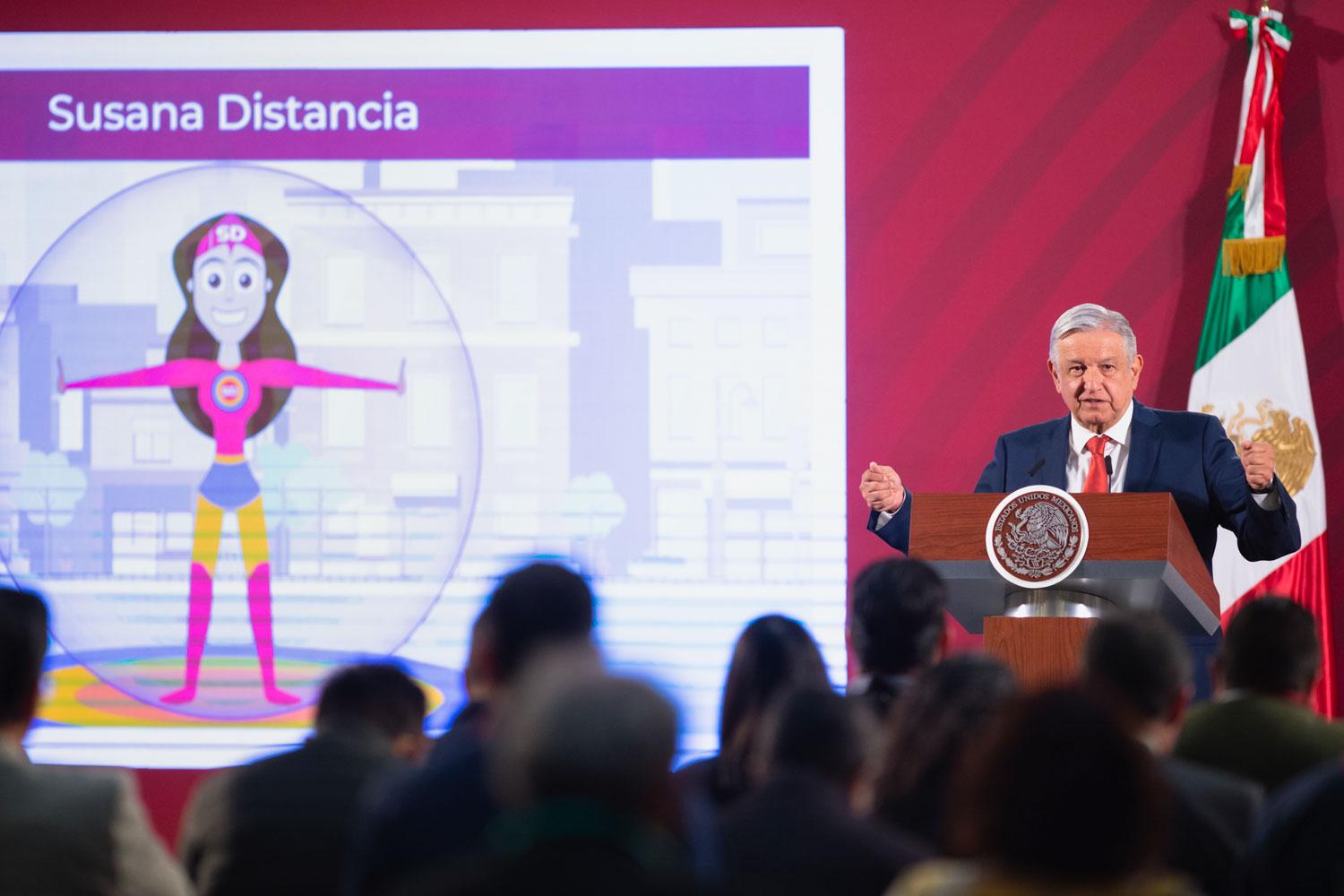 MEXICO CITY — In an odd attempt to keep citizens protected from the coronavirus pandemic, the Mexican government launched an unique campaign on social media. And not the health authorities — not even the president — are leading it, but a superhero.

Her name is Susana Distancia, a play on words in Spanish, meaning “Your-Healthy Distance."

She’s the cartoon of a young, slim, white woman wearing yellow tights and a pink blouse. She’s protected by a transparent sphere the width of her outstretched arms.

And her purpose is quite clear: she tells citizens to follow the instructions from health authorities and ignore rumors. And she wants everyone to build their own invisible shield through personal distancing.

Susana has been mocked by many pointing out the president hasn’t followed her instructions. They say the government should be more serious about fighting the pandemic instead.

But that’s not stopping the campaign, and Susana keeps fighting online.

Susana's ad went viral on Twitter and it joins similar campaigns around the world. Iran hired a famous comedian to create a Harold-Lloyd-like silent short. In Thailand, an ad is circulating that mimics the dance numbers famous from Bollywood films.

So far, there hasn't been a campaign like this in the United States.

The Show spoke to Greg Fisher — owner of the Fisher PHX design and advertising agency and creator of various brand images including logos for the Diamondbacks, Coyotes and Suns — about the efficacy and impact of campaigns of this variety, including a message from the cast of HBO's "Watchmen."

Stay safe out there.