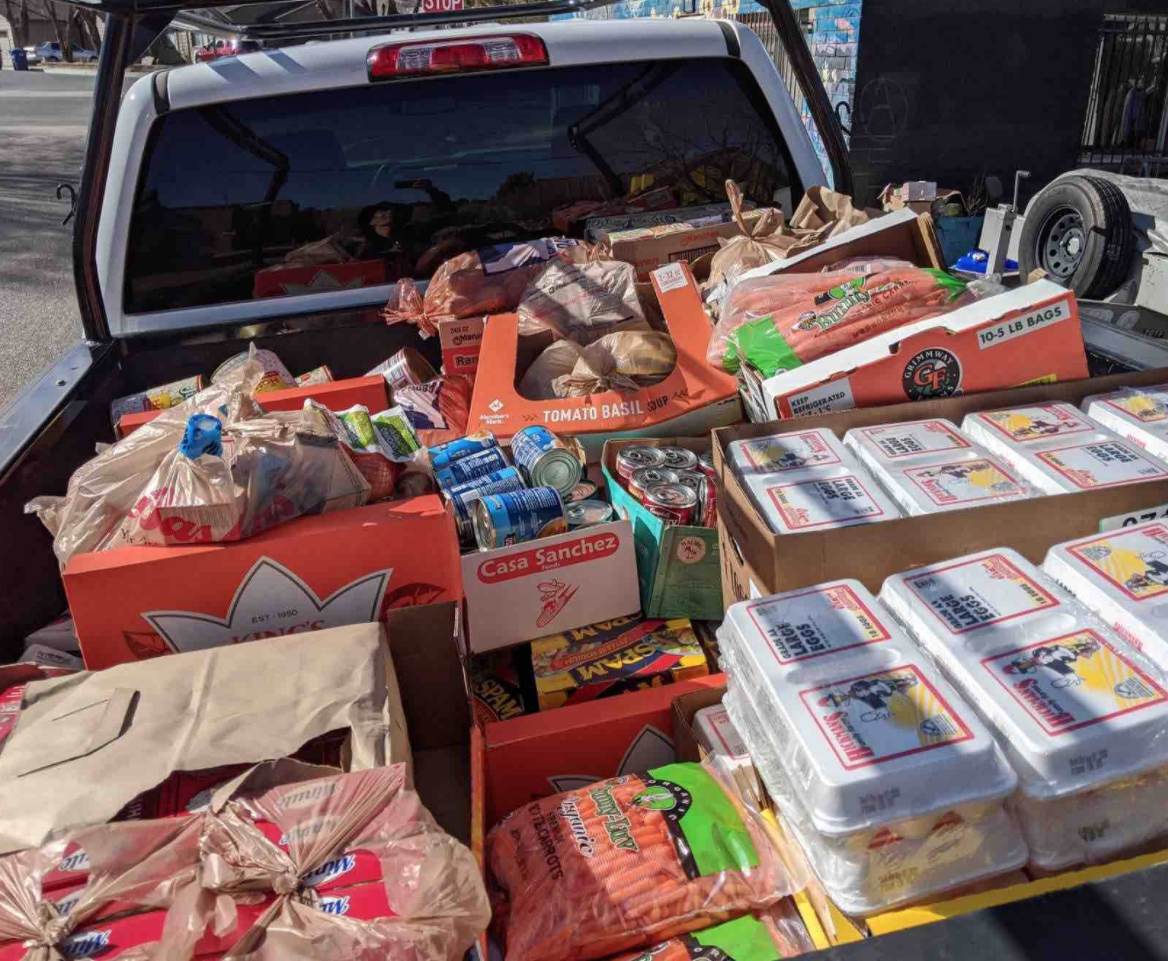 Robbin Preston
Food and supplies are loaded into a truck ready to be distributed.

For years, Tyrone Thompson has taught his neighbors in Leupp, how to grow their own food. Since COVID-19 has people stockpiling groceries and preparing for the worst, Thompson has taken to social media to teach the masses.

There are 13 grocery stores on the Navajo Nation, an area the size of West Virginia. The U.S. Department of Agriculture considers it a food desert. In recent weeks, Navajos have traveled several miles to get to the grocery only to discover empty shelves. Thompson said they don’t have to.

“The more we’re able to grow for ourselves and keep things local the less we have to depend on the outside world,” Thompson said.

Thompson said the quarantine reminds people that food doesn’t come from the grocery store. It comes from the land. And traditionally Navajos subsisted off of the land. 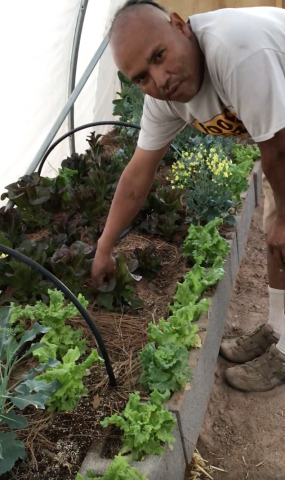 “Being sheltered in place it allows us to reconnect to who we are,” Thompson said. “We’ve forgotten so it’s really important that we get back to the way we used to do things.”

As the number of coronavirus cases continues to climb on the Navajo Nation, the number of people showing up to help one another is also growing.

In Hard Rock, Germaine Simonson runs the Rocky Ridge Gas & Market, a small store in the middle of the Navajo Nation. Many people who aren’t farming rely on Rocky Ridge for their staples.

For the last few weeks, Simonson has offered curbside pick up and delivery to those who can’t get to the store. She recently surprised a few isolated elders with a box of food.

“I felt it was a heart wrenching decision,” Simonson said. “I would be the danger to them because these families are very much distant from everything and everyone else. The grandpa came running out of the home and he was just so happy to have a visitor.”

The unemployment rate is so high on the Navajo Nation many people move away for work leaving elders behind.

Simonson started offering what she calls “Grandma Baskets” so people can take care of their relatives from a distance. Since the coronavirus outbreak, she’s raised thousands of dollars for baskets filled with pantry staples or cleaning supplies.

In Flagstaff when former Navajo Attorney General Ethel Branch stocked up on her groceries, she came home with a realization. 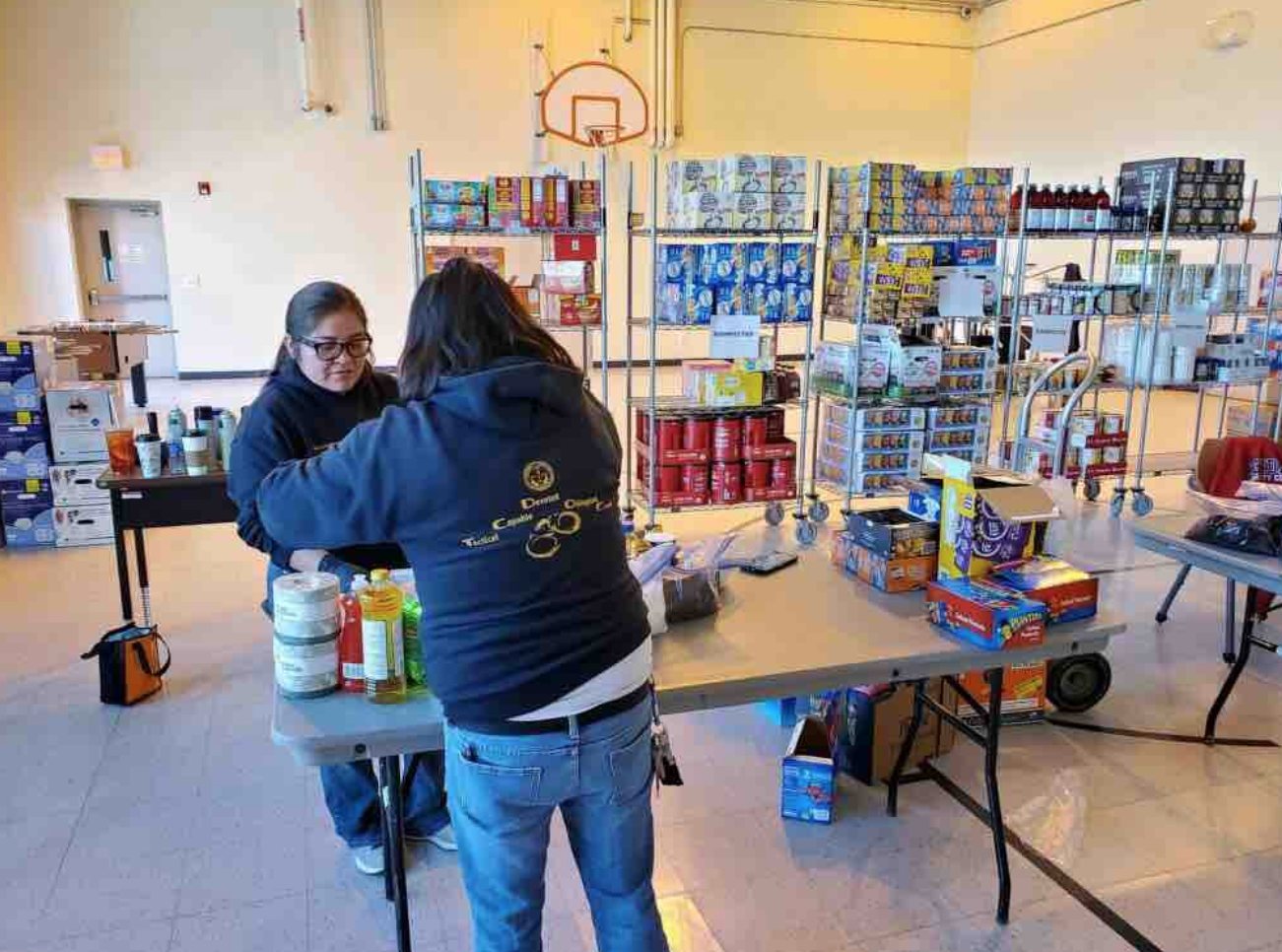 Robbin Preston
Department of Corrections staff sterilize 50 boxes of food for elders and those living on dialysis in Chilchinbeto where the first cases of coronavirus are from.

“I spoke with my partner and I told him, ‘I’m really worried people from the rez are going to come to town and there’s not going to be food particularly elders many of whom live in rural areas and don’t have running water or electricity,’” Branch said.

Up to 40% of the tribe’s members don’t have running water. Another 30% don’t have electricity. So Branch started a GoFundMe campaign for Navajo and Hopi people who need help.

“The amount of people who are immunocompromised is significant a lot of people who are diabetic and asthmatic,” Branch said. “We have over 500 abandoned uranium mines on the nation. We’ve had the largest nuclear waste spill in this country.”

Initially, Branch thought they’d help a few families but with over $400,000 donated so far she and her troop of volunteers have helped hundreds.

In such shaky economic times, George McGraw has been surprised at the number of people who want to help. McGraw runs Dig Deep, a Los Angeles-based nonprofit that provides water systems on the Navajo Nation. He said people realize the need is urgent.

“This is like responding after an earthquake or after a hurricane,” McGraw said. “And we need to get water to their homes. We’re strapping tanks to the back of people’s pickups anyone that will take one. We successfully negotiated 120,000 gallons of drinking water. That’s 25 semi-truck loads that will start to arrive on Navajo this week.”

And once the quarantine lifts, Dig Deep can use the rest of the money it raises to establish permanent drinking water systems for families who can’t just turn on the tap to wash their hands.