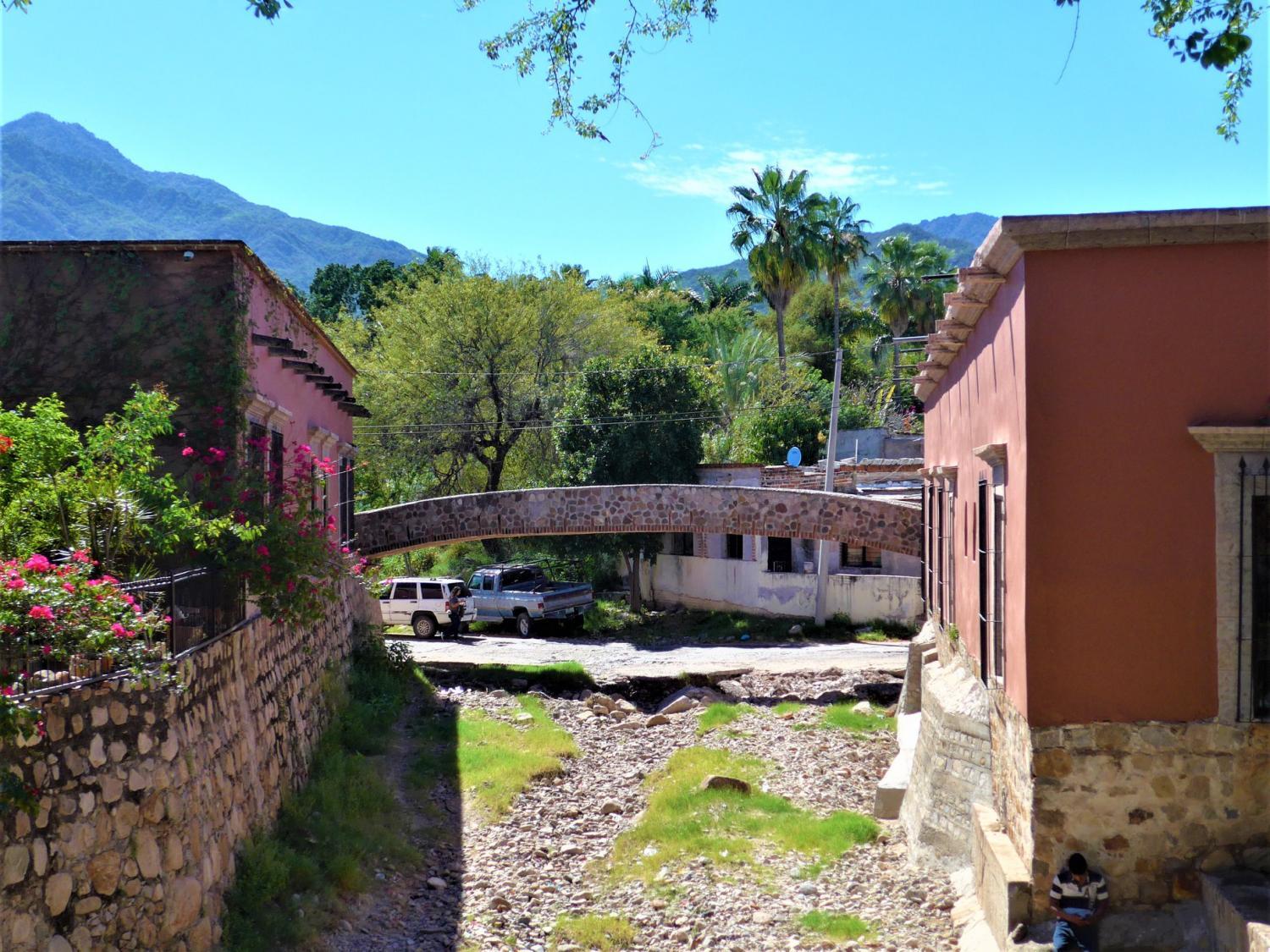 It feels like the distant past now but just two months ago, Sue Rock and her husband, Phil, were wandering the charming, cobbled streets of colonial Alamos in southern Sonora. They stayed at the stately Hacienda de los Santos.

“This guy has taken five colonial mansions and made it into this wonderful hotel,” she said of their accommodations. “It is amazing.” 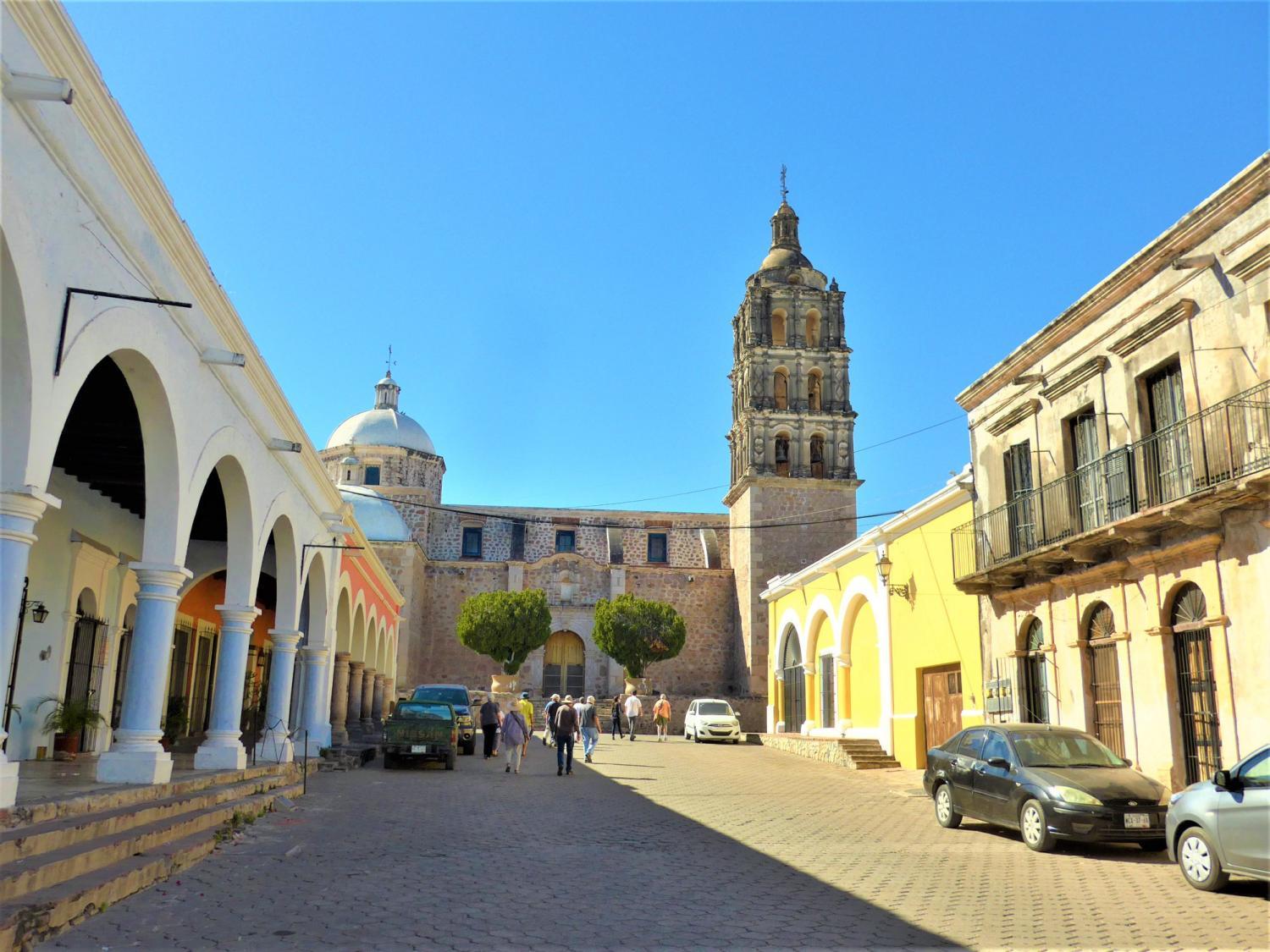 The Green Valley snowbirds, who have split their time between southern Arizona and Michigan for more than two decades, have done a number of trips into Sonora with the Tubac-based nonprofit Border Community Alliance: Nogales, Hermosillo, the sweeping Rio Sonora valley and elsewhere.

“And each one of them has been very rewarding to us,” she said. “Meeting the people and enjoying the … places, and hearing the history, which you don't really learn in U.S. schools.”

Those are the connections that the BCA hopes to foster. But the trip to Alamos was the group’s last for the foreseeable future due to the coronavirus pandemic.

“Our response was, yeah, it was pretty dramatic,” said Alexander la Pierre, BCA program director. “Most of our programming is in-person programming. We had to essentially cancel all of our spring 2020 programming.”

In 2019, the group organized over 40 such tours, with roughly 600 participants like Sue and Phil.

“That’s one of the most gratifying things about the job, is when people that aren't sure about Mexico, they’re scared about visiting, they come on these day trips or tours and you can almost see in their face how their conscience has kind of shifted,” La Pierre said. “About what they thought Mexico is.”

But now the BCA is thinking of new ways to accomplish that mission. Part of that is online programming, like a recent video presentation and Q&A about the annual migrant trail event, which seeks to raise awareness about the dangers faced by migrants crossing the desert. BCA also plans to hold online cooking classes in coming weeks.

And while the pandemic represents a major challenge for BCA, it also highlights a reality they’re trying to get across.

“This pandemic affirms the interconnectedness of us all,” La Pierre said. “This really kinda hits home this argument that we've been trying to make that we really need to work together for so many reasons.

Jackie Gonzalez
BYTE participants and instructors re-created photos and paintings as part of their weekly BYTE at home program during the coronavirus outbreak.

Two little girls decked out in pink and purple giggle as they stretch and dance along to a video from their teacher with the Border Youth Tennis Exchange, or BYTE, which has shifted all of its programming online since late March.

"It’s called BYTE At Home, sorry the title is not that creative," said Jackie Gonzalez, BYTE’s director of operations in Mexico.

Since 2015, BYTE has provided after school tennis and educational programs to hundreds of kids in Nogales, Arizona, and Nogales, Sonora. This spring, BYTE instructors would have spent 22 hours a week giving in-person lessons to more than 200 kids at five sites in Ambos Nogales, or both Nogales. And the organization was set to open up two new sites in the coming months as well.

Then the coronavirus outbreak hit and on March 20 the U.S.-Mexico border closed to all non-essential travel.

"Literally there’s an obstacle between the two cities, and we can't cross now," Gonzalez said.

So she and her team started brainstorming new way to reach kids on both sides of the border — some who have access to computers and the internet, and many who don’t.

“We needed to come up with something in the middle, something not very fancy, (that) can give access to all our participants," she said.

And while it hasn’t been easy, Executive Director Charlie Cutler said BYTE’s binational foundation has been an asset for the organization.

“One of our basic goals is to use the programs that we offer as a way to connect kids across the border, through shared content, technology, digital storytelling, virtual content," he said.

During the pandemic, kids are staying connected with each other and their instructors by sending in photos and videos of themselves practicing tennis on the kitchen wall, dressing up as their favorite paintings and showing off their new dance moves.

And Cutler says the most important part is maintaining their bonds.

"Part of that value that we add is being that consistent, loving presence they can rely on," he said. "It’s not even having the best material or the most fancy content. It’s seeing people they’re familiar with and feeling like we’re all still kind of in this together.”

He hopes by stretching their connections and creativity now, the BYTE community will survive the pandemic and come out better for what they've learned.

“While we're grieving the loss of all of our plans, my team really leaned in to the virtual aspect," he said. "And if we can make it through this crisis, however long that lasts, I actually think in the long run this could make us much stronger by giving us a whole new side to what we're able to offer."