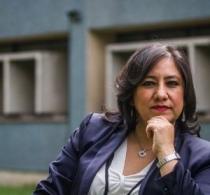 MEXICO CITY — A new controversy in Mexico arose after one of the country’s secretaries developed COVID-19, the first high-ranking official with the disease. But the announcement came one week later — and after the media revealed her diagnosis.

The UK’s prime minister made his COVID-19 sickness public the same day he was tested. Same thing with a Spanish minister and two Mexican governors.

But it took a week to learn that Mexico’s Secretary of Public Administration Irma Sandoval had the coronavirus.

The government’s confirmation came after a TV newscast revealed that Sandoval was sick and held meetings recently with other secretaries.

López Gatell said the government will look for the source of the leak, which he considers a serious ethics violation that will be punished.