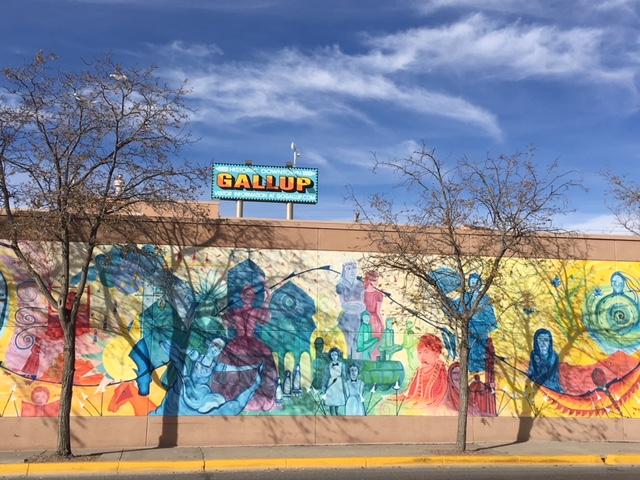 In Gallup, New Mexico, Genevieve Jackson, says Monday has become the new Friday. When the curfew lifts on the Navajo Nation, people come out in droves to see each other and to buy food and alcohol in the small border town.

“They don’t seem to be aware of the seriousness of this virus,” said Jackson who is Navajo and a McKinley County commissioner. “Some people are still holding gatherings for religious purposes, and they’re spreading it and people are not wearing masks. It is very alarming.”

About 1,000 people, many without homes, have tested positive for the coronavirus in McKinley County. Some of them are currently being housed at one of four Gallup hotels, where they receive care.

But Jackson says technically they’re not homeless because most have families on the Navajo Nation. 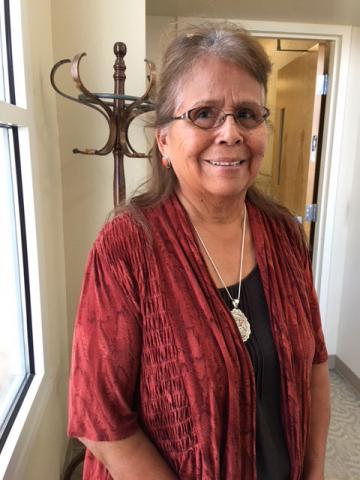 Laurel Morales/KJZZ
McKinley County Commissioner Genevieve Jackson says "this virus has just outlined all the problems that we have here within the Navajo Nation."

“They have a home they have families somewhere, and I’m very concerned because these individuals go home and they spread the virus among their relatives and their children,” Jackson said.

Contact tracing — or tracking all of the people that COVID-positive patients may have infected — is a challenge among this population. The Navajo Epidemiology Chief for the COVID-19 Strikeforce Shawna Damon said so many don’t have a reliable phone.

“That’s where we’re working harder to become more aggressive at tracing those unsheltered by using an iPad and boots on the ground and getting around to make sure we can find them a place to isolate and then to make sure the people they’ve been in contact with also know they have COVID or they could possibly be exposed,” Damon said.

New Mexico has closed its liquor stores. And alcohol is banned on the Navajo Nation. But Navajo Council Delegate Edmund Yazzie said that hasn’t stopped people. He says the tribe needs more police to enforce curfews and social distancing and deal with alcohol-related crime.

“Every other day in Gallup and even there’s a bar in Smith Lake, there’s a long line in Pinedale, Deadhorse,” Yazzie said to a Facebook Live town hall with Navajo leaders. “There’s long lines of people buying alcohol like there’s no tomorrow.”

Alcoholism has long been a problem in Indian Country. Some studies say the high rates of addiction stem from generations of violence and cultural trauma.

An alcohol detox center in Gallup shutdown when a client tested positive for the virus and employees had been exposed. With the help of the New Mexico National Guard, Health Department and Gallup police, the center has reopened to house intoxicated people who have tested positive for COVID-19.

New Mexico Gov. Michelle Lujan Grisham spoke at the same town hall to Navajo leaders about coming up with another strategy that would work in rural areas.

“If you’ve got someone who's detoxing and has COVID-19, that’s incredibly risky,” Lujan Grisham said. “If people are detoxing, they need hospital care. That’s less hospital care for COVID-19. So we really need a public health response to this.”

In addition to the high rates of alcoholism, Jackson said there’s a lack of running water and electricity and poor communication because only 40% of Navajo homes are online.

“We’re like a third-world country here in some areas,” Jackson said “And I just don’t understand why the government doesn’t look in their own backyard and see the need here.”

Jackson said this virus has magnified all the problems on the Navajo Nation.