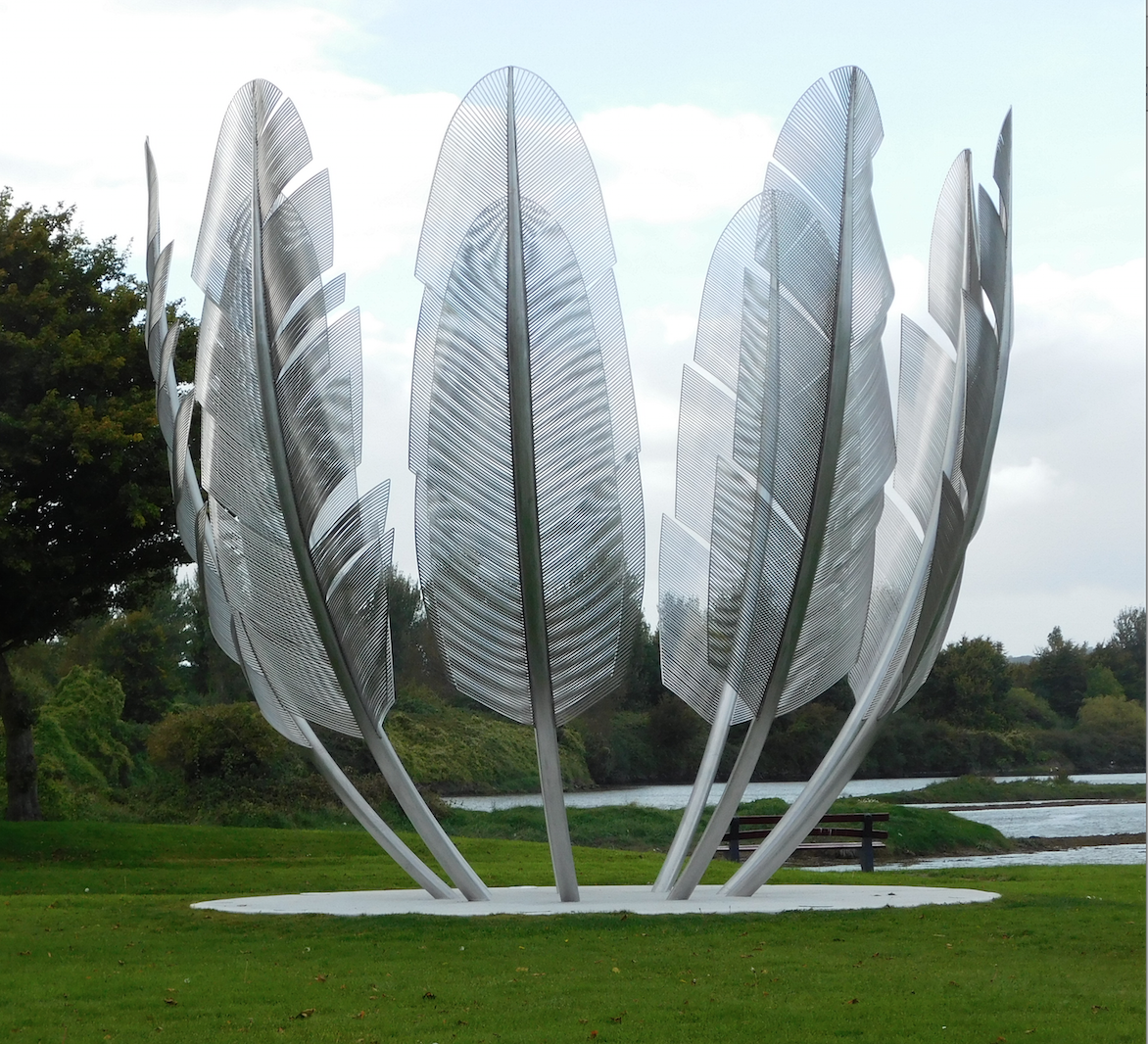 Choctaw Nation
This Kindred Spirits statue stands in Middleton in County Cork, Ireland, to honor the kindness of the Choctaws during the potato famine.

In the 1830s, the federal government forced the Choctaw and many other Native American tribes to leave their lands in the southeast United States and resettle west of the Mississippi River. White settlers wanted the land to grow cotton and mine for gold.

It was called the Trail of Tears as thousands died along the way.

“We experienced extreme hardship and loss and disease and hunger and disconnect from our homeland,” said Choctaw archaeologist Deanna Byrd.

The Choctaw wound up in Oklahoma, rebuilt their lives and planted corn, beans and squash. At the same time, Ireland was in the middle of a potato famine. People were starving. A million died.

The General Irish Relief Committee based in New York traveled the country raising funds and came to the Choctaw council for help.

She believes her ancestors could relate to those in need.

“Our hearts really went out to the families that we knew were starving,” Byrd said. “We recognized and we understood that hunger, the loss of generations, the elderly, the children. This loss really resonated with us. We knew the sadness all too well and the powerlessness they were experiencing.”

Now generations later hundreds of Irish men, women and children are donating money — anywhere from $5 to $100 — to help Native families. If the Navajo Nation were a state, it would have the highest rate of coronavirus cases per capita in the country.

“All these many years later, the help is never forgotten,” said Aaron Doyle who is from County Wexford in Ireland. “A lot of us Irish are donating back under similar circumstances.”

“All these many years later, the help is never forgotten,”
— Aaron Doyle, who is from County Wexford in Ireland.

Doyle said the Irish aren’t immune to the pandemic.

“Myself and a lot of us here in my community have lost our jobs as a result of COVID-19, but that doesn’t mean we can’t come together to help each other in difficult times,” Doyle said.

Along with their donations, people have left messages like “returning the kindness shown to us” and “the people in Ireland remember.” The campaign has raised more than $3.5 million from people all over the world.

Choctaw author Waylon White Deer pointed out that the Choctaw are a separate Native American tribe.

“Seems to be some confusion out there that all Indian people are the same,” White Deer said. “We are different tribal nations.”

White Deer said there is no favor to return, just a continuation of kindness.

“We say that the greatest thing you can do for someone is to feed them because you’re extending human life,” White Deer said. “That’s what that original donation did and now you know we can see that it’s moved on.”

The campaign has reached out to the Choctaw but it hasn’t heard back. The much smaller tribe is also fighting the virus. Vanessa Tullie, who is Navajo, helps coordinate the donations.

“That’s just the basic principle of ké based on family,” Tullie said. “You know family doesn’t just extend to your blood relatives but it extends to your community members. And I generally believe we are all connected, and we’ve got to treat everyone like they’re our dear family members.”

Tullie said she wants the people of Ireland to know that their donations are being spent wisely — buying food boxes for Native elders and those who are immunocompromised.