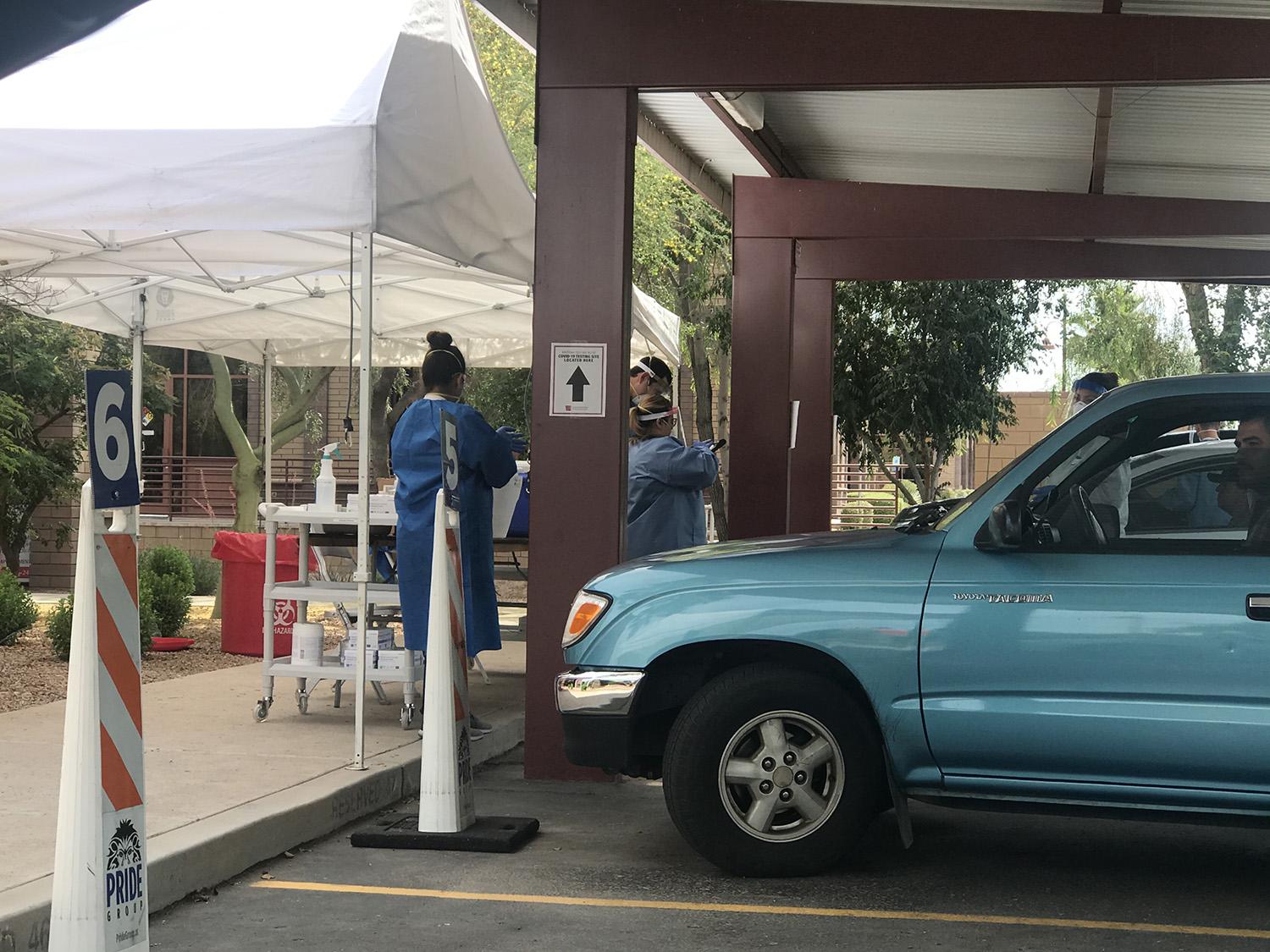 Chad Snow/KJZZ
Medical staff administer drive-up tests for COVID-19 outside Maready Medical in Mesa on May 9, 2020, during Arizona's resting blitz.

Arizona has finished week three of its now extended five-week testing blitz. Over the last three Saturdays at more than 70 sites in several counties, the general public was tested for COVID-19.

Now, Arizona will move its testing to more population-concentrated areas. Former Arizona Department of Health Services Director Will Humble says these will be places like nursing homes and prisons.

"Those are the populations that are both at high risk for complications but also for spreading it because they’re in congregate settings," said Humble.

Humble says now that the state is opening up, “we are in a grand experiment.” He says businesses, like restaurants, need to be careful if they don’t want to see a resurgence. And if there is a spike in cases, it will likely be seen by the end of the month.

EDITOR'S NOTE: This story has been modified to correct that Arizona's testing blitz has been extended and to clarify which facilities will be tested.