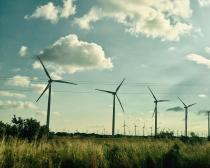 MEXICO CITY — The coronavirus pandemic gave the Mexican government an opportunity to push for some changes on the renewable energy market. And some fear this could bring higher rates, less investment and more state control.

Last Friday, the government ordered a stop to certain investments in renewable energy. This favors fossil fuels, a sector in which the current administration invests.

"Not only the content of the regulations, but the way it was published — forced in the Official Gazette — is what gives us concerns,” said Diego Arriola, an independent energy consultant.

He says the measures will increase consumer prices and scare foreign investment, as the government ignores private operators.

A judge challenged April’s order as a violation to environmental and commercial rights, while companies say Friday’s order goes against the law.

“The northern states (of Mexico) have a lot of wind and obviously a lot of solar power, and there could be certain limitations in the future,” said the consultant.

EDITOR'S NOTE: The story has been updated to correct the spelling of Diego Arriola's name.