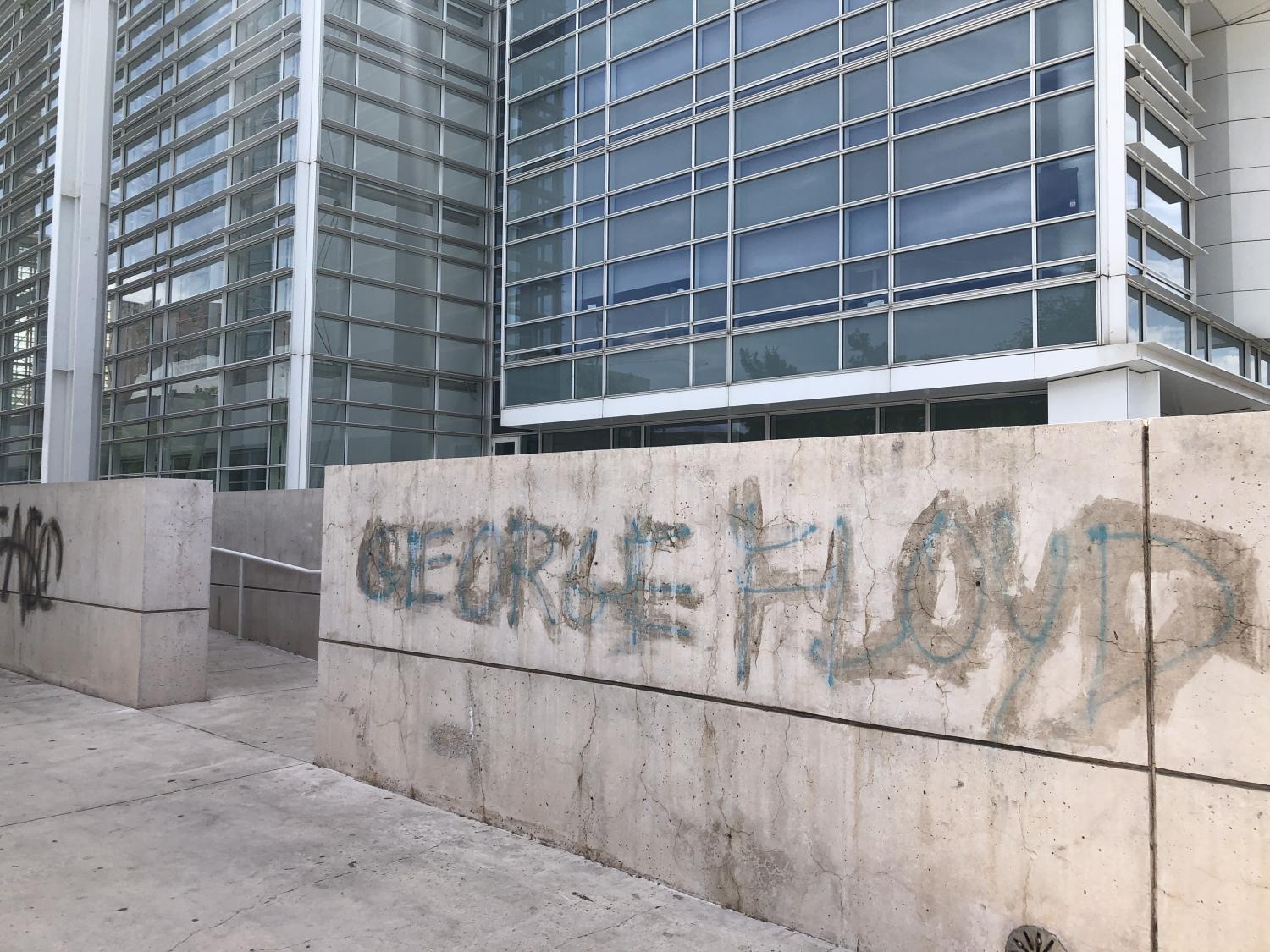 Scott Bourque/KJZZ
"George Floyd" graffiti on a wall outside the Sandra Day O'Connor Federal Courthouse. Vandals spray painted several walls and sidewalks outside the courthouse after a protest Friday, May 29, 2020.

A Phoenix-based public interest group has joined a chorus of people worldwide who are denouncing the alleged killing of George Floyd at the hands of Minneapolis Police.

Black Mothers Forum is a Valley group that works to keep Black children in classrooms.

According to the organization’s social media, the group is comprised of “…dedicated mothers of Black children who have come together to dismantle the school to prison pipeline and stop the bloodshed in our community.”

Debora Colbert, interim director, said witnessing George Floyd’s death in real time calls into question what it will take to recognize the value of a Black life as equal to a white one.

“The George Floyd situation in the midst of a pandemic has shown us how critical it is to address not just the culture of the police, but our culture in America,” she said.

Colbert also said she supports continued peaceful protests and keeping the pain she feels as a Black mother in check.