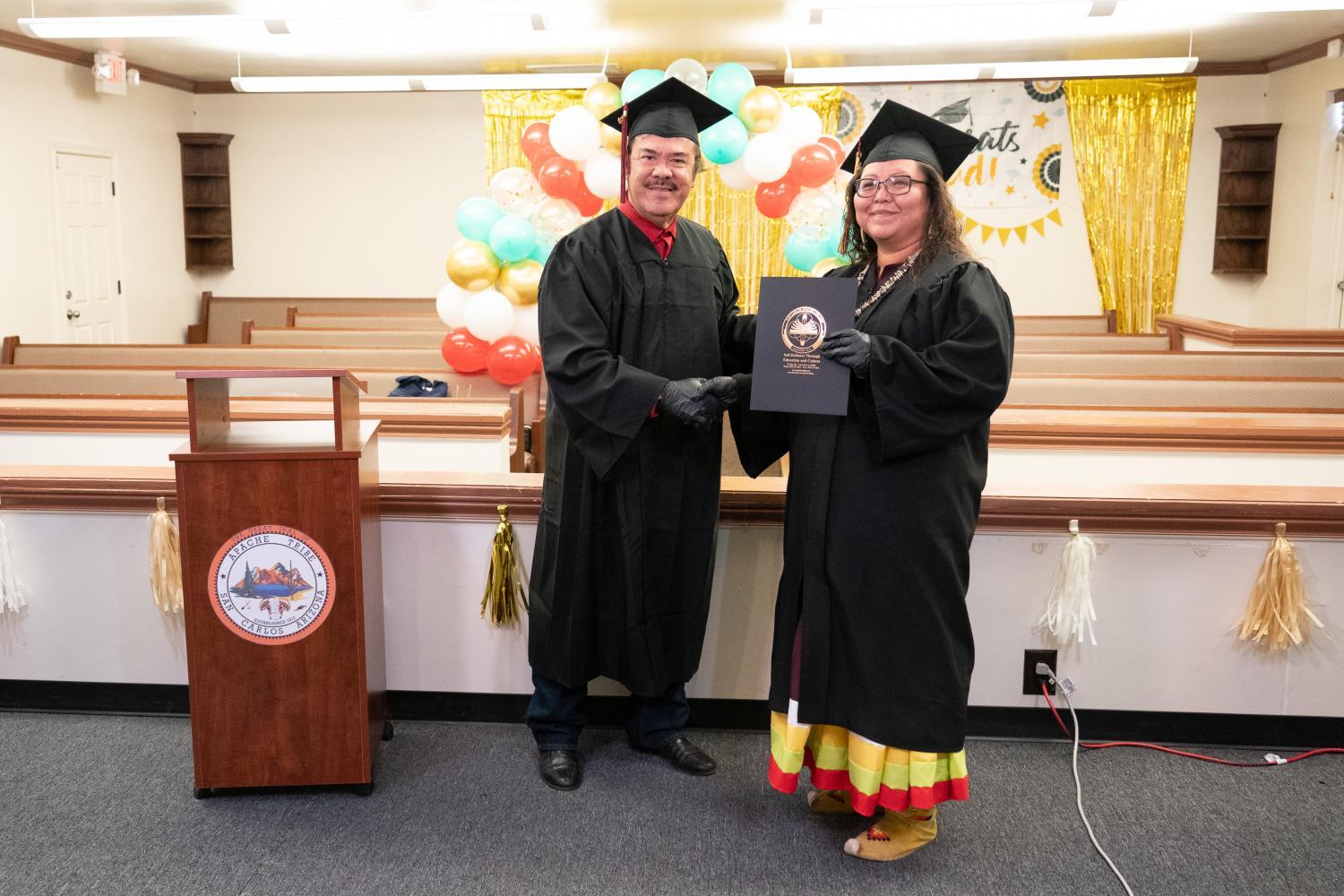 Melissa Cosen wasn't your traditional college student. She attended the new San Carlos Apache College after graduating high school 17 years ago and she felt that put her at a disadvantage compared to some of her peers who came to the college freshly out of high school.

The 35-year-old mother of two also struggled to balance school, work and her family. She fell behind and had to withdraw from some classes. But Cosen stuck with it and on Friday she became one of the college's first four graduates.

“The journey of my Apache people has been one filled with tremendous hardship, betrayal and you know injustice and so that Apache blood that runs through my veins is where I get my perseverance, resilience and my can-do approach," Cosen said. 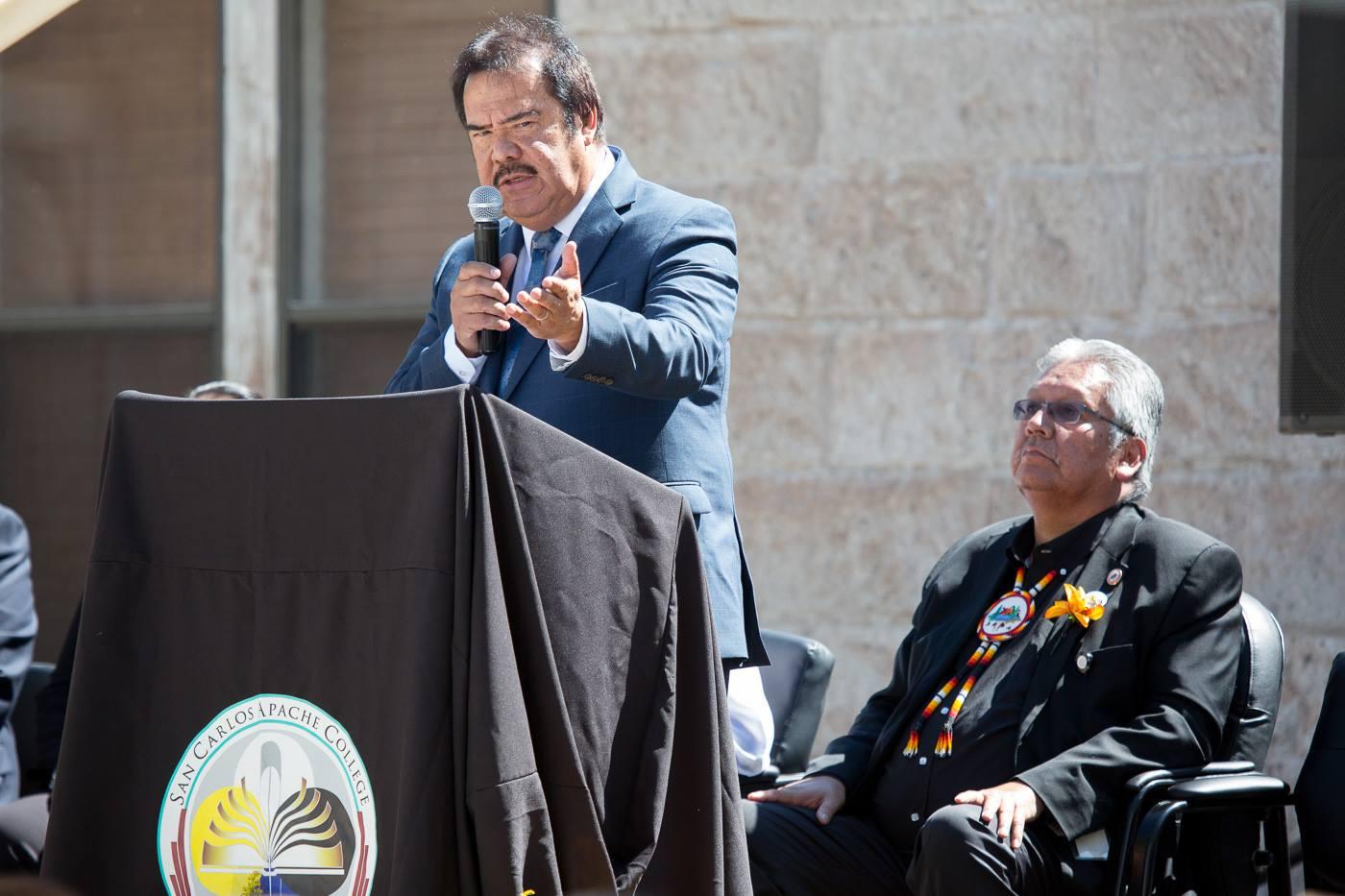 The college is honoring Cosen and its three other grads in a Friday morning virtual ceremony due to the coronavirus pandemic, but it was still a historical moment for the school and the San Carlos Apache Indian Reservation, said school President Martín Miguel Ahumada. The graduates represent the tribe’s dreams becoming a reality and its new dreams for the future.

"I want these four young people to know how proud we are of them, how important they are as role models and what a great inspiration they are going to be for tens of thousands of generations of Apache," he said.

Having a college by Apaches and for Apaches was something tribal leaders had long envisioned, Ahumada said. After their citizens expressed their strong desires to have their own college in a community survey, the tribal leaders got to work.

“Contrary to popular myths, we have a tribe that’s very interested in higher ed," Ahumada said.

In 2014, the tribe entered an agreement with Arizona State University to get support from experienced ASU administrators on how to build a college from scratch. Three years later it entered another agreement, this time with a fellow tribal college, the Tohono O’odham Community College in Pima County. This agreement enabled San Carlos Apache to begin offering classes under TOCC's accrediation by the Higher Learning Commission as an “additional location."

"The Tohono O’odham Community College was created with the assistance of Pima College ... and so when we reached out to them about potentially collaborating with San Carlos Apache College, they very much were interested in paying it forward," said Jacob Moore, ASU's assistant vice-president of tribal relations and an enrolled member of the Tohono O'odham Nation.

Tribal colleges and universities (TCUs), such as the San Carlos Apache College, are part of an effort to revitalize tribal languages and cultures that were eroded over years of genocide and forced assimilation, according to a 2015 paper by University of Pennsylvania researchers. The first TCU, the Navajo Community College known today as Diné College, was founded in 1968 in Arizona. Today there are 37 tribally controlled institutions across the country, including three in Arizona.

The University of Pennsylvania paper found that TCUs hire more diverse faculty than traditional colleges and universities and keep their cost of attendance low for the students they serve. And unlike their traditional counterparts, they are aligned with the cultural values of their communities, that includes passing down their tribes' languages. 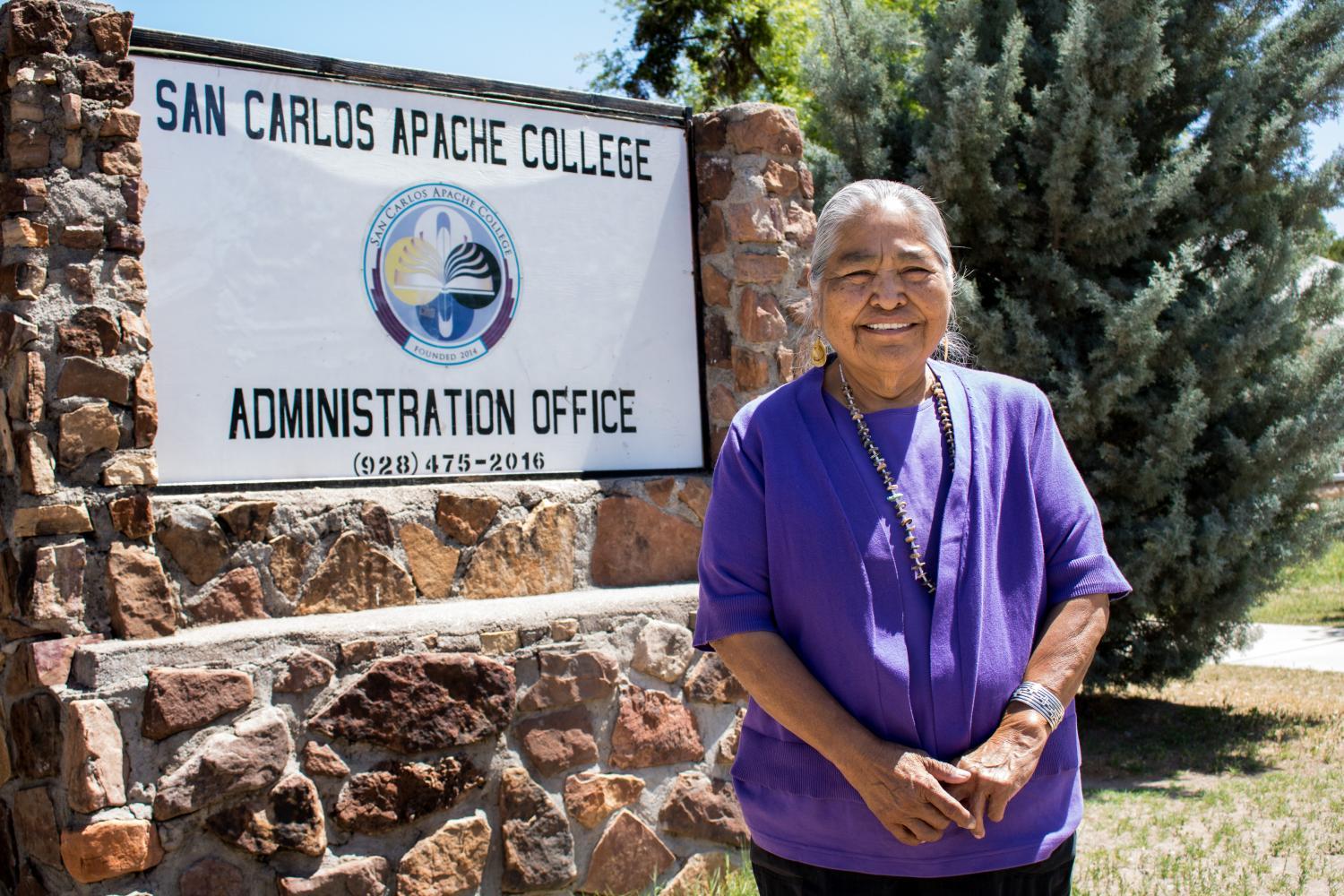 In the San Carlos Apache College, students are required to take Apache language classes in addition to their general studies coursework. Professor Kathy Kitcheyan is one of the college’s language instructors. She previously served as the tribe’s first chairwoman.

“We need to make sure that we maintain our language because that’s who we are; that’s who Creator made us," she said. "Creator gave us a beautiful language that we say our prayers with every morning, songs to sing, dances, ceremonies, it’s all in Apache and it’s beautiful, but yet we don’t always practice it.”

Student Melissa Cosen grew up in the foster care system where there wasn’t anyone to pass down the Apache language and cultural traditions to her. At first she was nervous about learning the language because she was afraid someone would laugh at her, but she found her language instructors were patient with her. Now Cosen is determined to continue working on mastering the language and helping others at home and at work do the same.

“I am trying to teach my children you know, and it’s interesting because they are learning it in the public schools and they’re teaching me and I go back and I teach my clients and my clients are elders," Cosen said. They have a mental illness. I teach them everyday so they correct me sometimes on my Apache. So we work with one another.”

Cosen graduated this Friday with an associate's degree in liberal arts, and she plans to pursue a bachelor’s degree in social work at Grand Canyon University to help families in her community navigate the foster care system.

More educated American Indian and Alaska Native graduates serving their communities and furthering tribal sovereignty is another benefit that Cheryl Crazy Bull — president and CEO of the American Indian College Fund, which provides scholarships to students — has seen from the TCU movement. 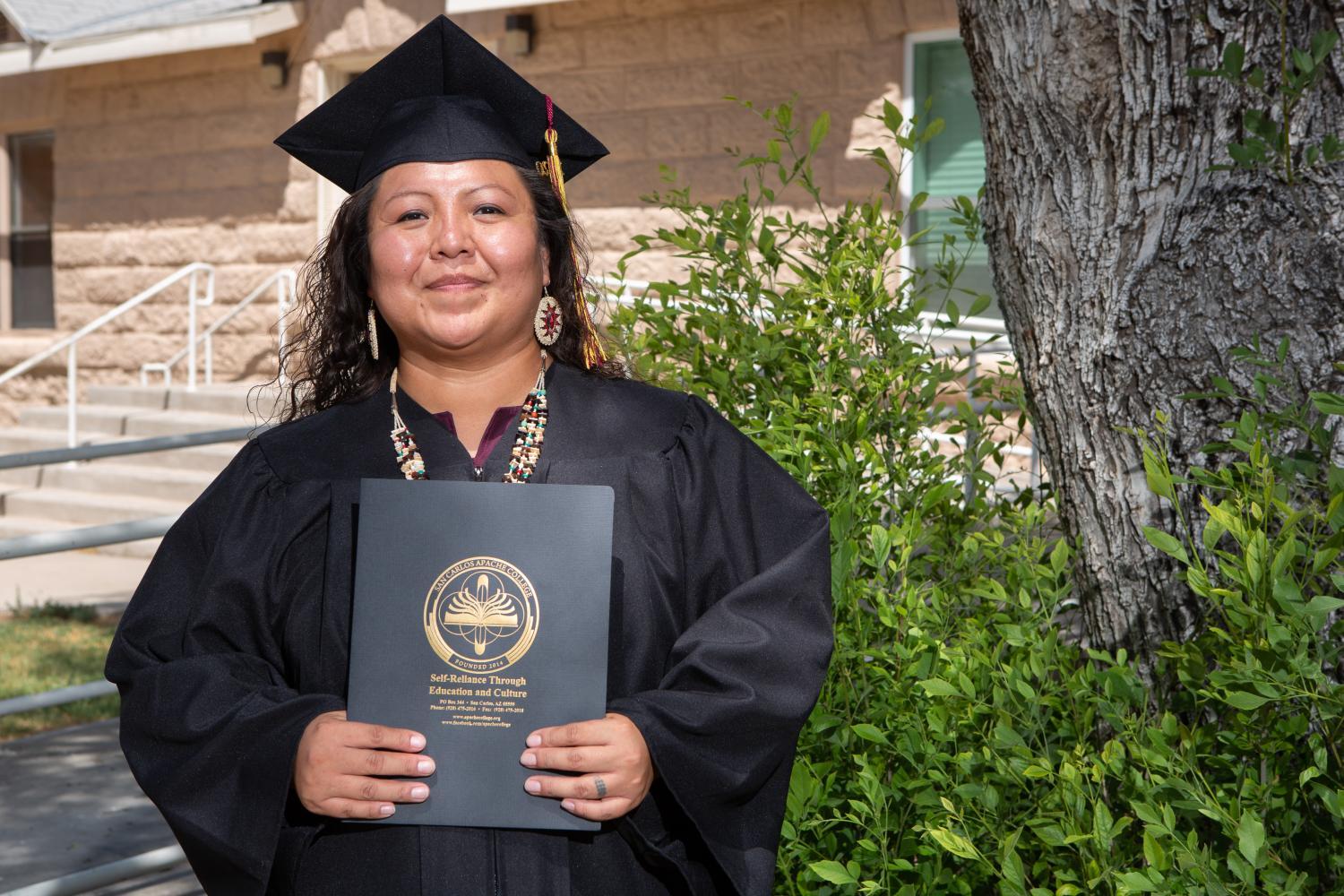 Kenneth Chan Photography
Melissa Cosen is one of the San Carlos Apache College's first four graduates. She graduated with an associate's degree in liberal arts and wants to go on to pursue a bachelor's degree in social work.

Looking To The Future

Today’s graduation is San Carlos Apache College’s latest step in supporting its tribe as it builds its future, but Ahumada said that’s only the beginning.

The college is able to offer six associate’s degrees in liberal arts, business and social services and two certificates while it operates under the Tohono O'odham Community College, but Ahumada said the San Carlos Apache College was actually chartered as a comprehensive university.

"Back then, the pioneers that were involved in chartering this college envisioned it offering offering baccalaureate and master’s degrees," he said.

And that's what Ahumada hopes the college can become once it earns its own accreditation in the near future so it can take the next step in educating more generations of Apaches.