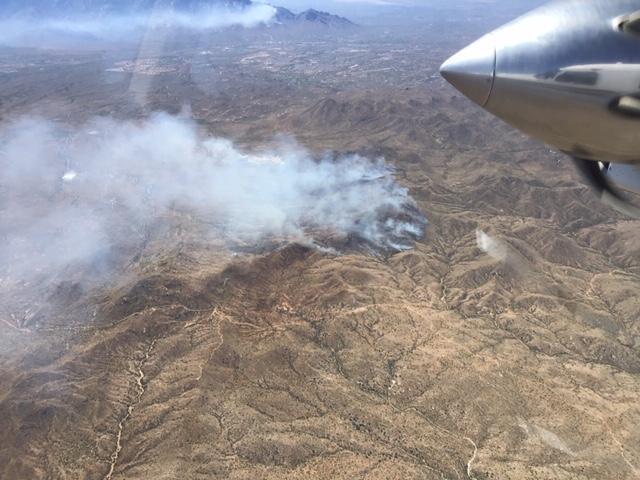 Northwest of Tucson, two wildfires have burned more than 5,800 acres of the Coronado National Forest.

Authorities in the town of Oro Valley said Monday crews made slight progress on a nearby fire in the Pusch Ridge area. The blaze has grown to more than 3.6 square miles, according to Oro Valley police's Twitter page. It is 10% contained as of Tuesday.

The fire ignited Friday because of lightning. It is burning in mostly rugged terrain and not threatening any structures.

More than 100 firefighters were working to build containment lines. Authorities said three helicopters are helping to make water drops. Also, wind could be a significant factor in gaining more control of the fire.

A second lightning-caused fire was burning north of Oro Valley in the Tortolita Mountains. Oro Valley is roughly 15 miles north of Tucson.

Fire officials say it grew thanks to gusty winds a day earlier. It is located in extremely rugged terrain of dry grass and brush, making it challenging for the 90 personnel.

Children, older adults and those with heart or lung disease are being told to take caution if they are close enough to smell smoke.