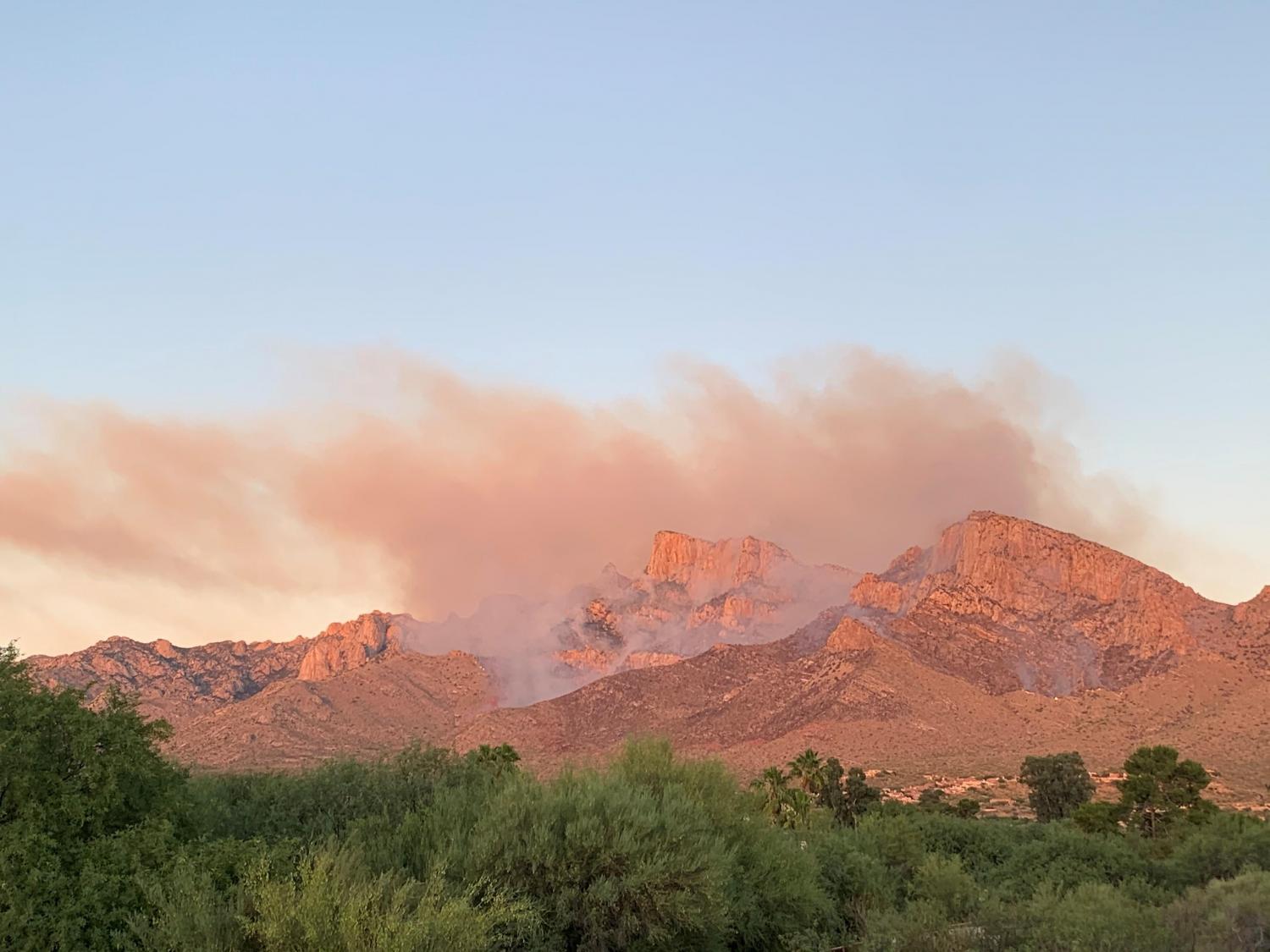 InciWeb
Smoke from the Bighorn Fire seen from Oro Valley on June 7, 2020.

Hundreds of foothills homes on the outskirts of Tucson remained under an evacuation notice Friday as firefighters worked to keep a wildfire from moving downhill from canyons and ridges in mountains in a national forest.

Fire officials said the Bighorn Fire's growth slowed overnight but that it remained a threat. Flames have been visible from Tucson at night, and smoke from the fire plumed over a suburb Friday morning.

Pima County officials on Thursday issued an evacuation notice for approximately 300 homes in a area south of the Coronado National Forest, and numerous other residents were told to prepare to evacuate.

Over 400 firefighters aided by aircraft dropping water and retardant battled the week-old lightning-sparked fire that as of Friday had burned 11 square miles of mostly brush and tall grass.

Sheriff's officials went door to door in neighborhoods on Thursday to notify residences of the evacuation notice, which a sheriff's spokesman said Friday wasn't mandatory.

“People are not required to leave, however we are telling people we may not be able to come back and assist if things start to burn," said Deputy James Allerton.

No injuries or structural damage was reported, Allerton said.

Travis Mayberry, an operations section chief for the fire management team, said Friday much of the fire was burning in terrain too rugged for grounds crews to work safely, particularly if they needed to escape quickly.

”Ït's not a great place for us to put people in to safely work," he said. “Ït's just too steep.""

Mayberry said crews continued to clear lines to keep the fire away from homes south of the forest and might set additional fires to burn vegetation to slow the wildfire by depriving it of potential fuel.

The fire, sparked June 5 by lightning, was only 10% contained as of Friday morning, and Mayberry said increasing the containment figure would be a slow process because of the rugged terrain.

"When we use those heavy air tankers, it is not putting the fire out," Mayberry said. "There still has to be folks reinforcing with boots on the ground. This country is not a safe, good place for us to continue to push people up into those hills.”

The dry, hot weather and the steep, rocky topography have been the main challenges in fighting the fire near Tucson, fire management team Adam Jarrold said Thursday. Temperatures have pushed past 100 degrees and the humidity was in single digits.