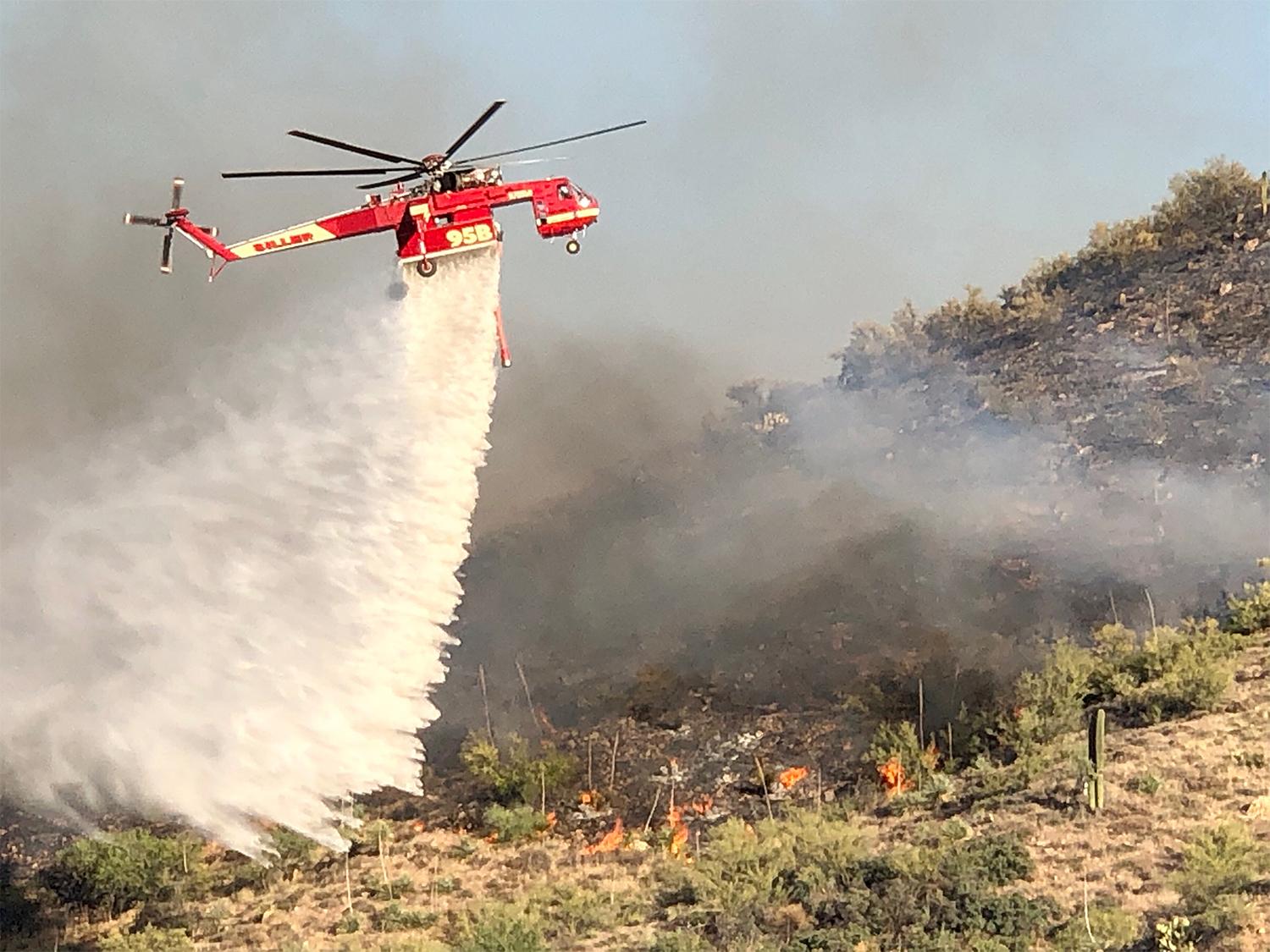 inciweb.nwcg.gov
A helicopter drops water on the Bush Fire on June 18, 2020.

The Bush Fire in the Tonto National Forest continues to grow almost unchecked — as of Monday, it has burned nearly 184,674 acres and is 42% contained.

A Type II firefighting team has been deployed to combat the fire, which has forced the evacuation of several communities in the Tonto Basin. Crews are conducting burnout operations along Highway 87, and structural firefighters are patrolling evacuated areas in case any structures are set ablaze by flying embers.

Incident Commander Alan Sinclair says the new team is working to minimize the fire’s lasting impact on the area’s ecosystem.

"The impacts are great and we understand that," Sinclair said. "We also understand the impacts the fire is having to sensitive Sonoran desert ecosystems, and we’re going to work hard to minimize those impacts."

There are more than 700 firefighters working on this fire, which started after a vehicle caught fire last weekend. Evacuation centers have been set up in Payson and Miami.

The combination of rough terrain and warm weather is making the firefight a challenge, as fire management team spokesperson Dee Hines explained.

“Just the conditions that are out there - it’s very steep, rough, rugged terrain," Hines said. "Temperatures are going to be quite warm today, and are projected to continue to be warm here for the next few days.”
Highways 87 and 188 will remain closed for the foreseeable future, since they’re being used effectively as fire containment lines. Several communities remain evacuated, but no structures have yet been lost to the fire.
A lightning-caused wildfire in the Catalina mountains north of Tucson is proving more difficult. The Bighorn Fire has burned more than 52,000 acres as of this morning. Only 16% of the fire’s perimeter is contained. Many of 900 firefighters were diverted to Mount Lemmon to prevent structures there from burning over the weekend.