'We're Guessing A Bit': How Researchers Are Fighting Coronavirus With Unknown Information 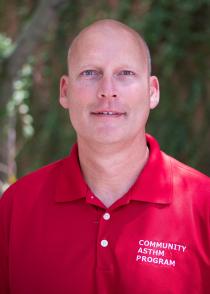 LAUREN GILGER: The Arizona Department of Health Services is reporting another increase in the number of COVID-19 cases. That is true again today. Another 1,795 cases have been added to the state tally, bringing the total to 59,974. 1,463 people have died from the virus. Seventy-nine of those lives were lost in just the last 24 hours. That's what we know. General demographic data published by the state gives us an additional glimpse into the lives of those affected and those lost. For example, about 75% of deaths have been among people over the age of 65. But there's also a lot of this data that it doesn't tell us. And many have asked us, what about those who have recovered? How many cases were severe? How many were asymptomatic, quietly lurking in the background until a person was tested? So many of those details are unclear. So I took those questions to Dr. Joe Gerald, a health services researcher with the University of Arizona, to find out what it would tell him if he had that information readily available.

DR. JOE GERALD: You know, we only have a limited amount of information about who is contracting coronavirus right now. Some things that kind of stand out, though, that make this resurgence in Arizona a little bit different than what we've seen earlier is it appears that individuals are younger who are contracting the illness. And so, back in early April, the mean age of those who were testing positive was 51. Today, that stands at 39. So I think that's an important thing to note because it has implications for how much hospital capacity we might need and how many people we might expect to die from coronavirus because younger individuals are presumably healthier and have fewer chronic health conditions.

GILGER: Yeah. What are the limits in testing, in terms of, do we know why people are getting tested or if they're getting tested because of contact tracing and/or because they always have symptoms?

GERALD: You know, I think the vast majority of individuals who are being tested now, they show up at their physician's office or an urgent care center, maybe an emergency department, and they either have symptoms or think they might be at risk of having coronavirus, and the physicians are ordering the tests in those particular settings. Right now, we have enough testing capacity that diagnostic testing is no longer really constrained.

GILGER: What do we know about what happens to these people after they test positive? Is there a clear data on whether or not they isolate afterward or when they recover or if they recover or whether they got treatment?

GERALD: No, that information is not readily available. I think we can make some pretty good guesses. And so, I didn't answer one of the questions earlier, which was how many people are infected and asymptomatic. And we think that's probably most. People who get coronavirus never know it. They never distinguish it from either their normal behaviors. Or they're feeling bad, they just go on about their lives and then another big group are just so mildly symptomatic that they don't even bother to get tested. And so I think that's the vast majority and it's only a small proportion that develop symptoms severe enough to show up at a health care facility and even smaller portions that need more advanced care. And then, fortunately, most people who get coronavirus survive, and they recover, and they go back to their normal lives. One of the things that we don't really know a whole lot about is something that we call the infection fatality ratio. It's this idea of how many people who get infected actually die from the disease. And because so few people are actually tested, we don't really have a good understanding of the denominator.

GILGER: Could there be sort of long-term effects that we are not thinking about or accounting for when we talk about recovery?

GERALD: Yes. You know, there have been some kind of early emerging reports that some individuals are experiencing long-term consequences from the infection — really lingering, either respiratory symptoms, sometimes neurologic symptoms. And we're so, still relatively speaking, early in this outbreak. We won't understand these long-term consequences until sometime next year, probably.

GILGER: Hm. So in terms of research then, having gone through some of this data, what does it mean to you that we don't have all the answers? I mean, I'm sure that, to a level, is normal in a pandemic with a new virus that we've never seen before. But what would it mean to you to sort of have some of these holes filled?

GERALD: Well, I think the most important direct consequence is it helps us better understand what types of mitigation behaviors should we engage in. And so, if very, very few people proportionally develop severe consequences and die, then maybe we can allow our economy to reopen more than we have. On the other hand, it could turn out that this infection is more severe than we think it is, and that would tell us that we should be doing more to mitigate its spread. And without knowing that, we're kind of guessing a bit about what's the right response to this particular infection. How much should we be willing to trade some economic consequences for better health outcomes?

GILGER: Yeah. One big question that I have and that I've heard from many people is this question of asymptomatic spread, right? That goes into the public health policy you're talking about here. But if so many of the cases — and you're guessing most of the cases of people don't get tested, don't know they had it, didn't register enough that they thought they were sick at all — are those people spreading the virus? Is that why it's so hard to stop?

GERALD: Yes, in fact, it is. And so there are two groups that distinguish there. And so there's the truly asymptomatic who never during the course of illness do they recognize it. These individuals probably are able to spread infection to others, but they're probably not as infectious. They still can. The group that appears to be, I guess, the most dangerous from a public health perspective are those individuals who are pre-symptomatic. And so, they haven't developed symptoms yet, but they're still very contagious or highly infectious. And this group appears to be the group that probably is driving a lot of the infection.

GILGER: So then, where does testing come into play there? Like, at this point, as someone who studies public health, would you say to everyone, like, you should all just get tested because you might be asymptomatic or pre-symptomatic and spreading it and you never know?

GERALD: No. Because while this is a large public health problem, it's still a small, small minority of individuals who are infected at any given time. And so, doing the mass testing is not particularly helpful because we would identify basically 99 people who didn't have it to find the one. And so, that's just not a very good expenditure of resources. And so, we still have to focus on those who either have symptoms or who have come into recent contact with someone that's known to be infectious and try to focus our testing in a more rational way. But again, one of the challenges, though, it really weakens one of the real important pillars of public health, which is case identification, contact tracing and isolation or quarantine. That's just not going to be as reliable of a method to slow the infection. And that's why I think we've had to rely on social distancing orders, stay-at-home policies, things of that nature.

GILGER: Yeah. All right. That is Dr. Joe Gerald, an associate professor and the program director of public health policy and management with the University of Arizona. Dr. Gerald, thank you so much for joining us to talk us through this.

GERALD: Yeah. It was my pleasure. Thank you for having me.