'A Little Miracle': How Phoenix Will Preserve City Jobs, Services

It appears federal relief funds will help Phoenix avoid cuts to city services and employee layoffs during the fiscal year that starts July 1, 2020.

For months the federal government told cities and states that coronavirus relief funds could only be used to cover expenses directly related to COVID 19 — the money could not be used to make up for budget shortfalls due to lower tax revenues. But the federal guidance changed to allow emergency funds to be used to offset public safety costs, and that should preserve all city jobs and services.

“If you were around 13 years ago, you would see this as a little miracle because it really is,” said Councilman Michael Nowakowski.

He was on the council during and after the Great Recession when Phoenix eliminated employees, cut services like library hours and passed a temporary food tax to make up for lost revenue.

On Tuesday, the City Council approved using $143 million in federal relief funds to help offset police and fire payroll. While the council expressed relief in the news that the action would eliminate the need to make service cuts at this time, City Manager Ed Zuercher said, “Of course our caveat is always what is happening in the world economy, in the local economy, in the national economy with this, what we’re experiencing now with COVID.”

In late March and early April, the council froze non-essential hiring and limited spending in an effort to reduce the budget by $26 million as they anticipated reduced sales tax revenue.

On Tuesday, Assistant City Manager Jeff Barton shared the following sales tax data with the council. He is expected to provide revenue updates in September: 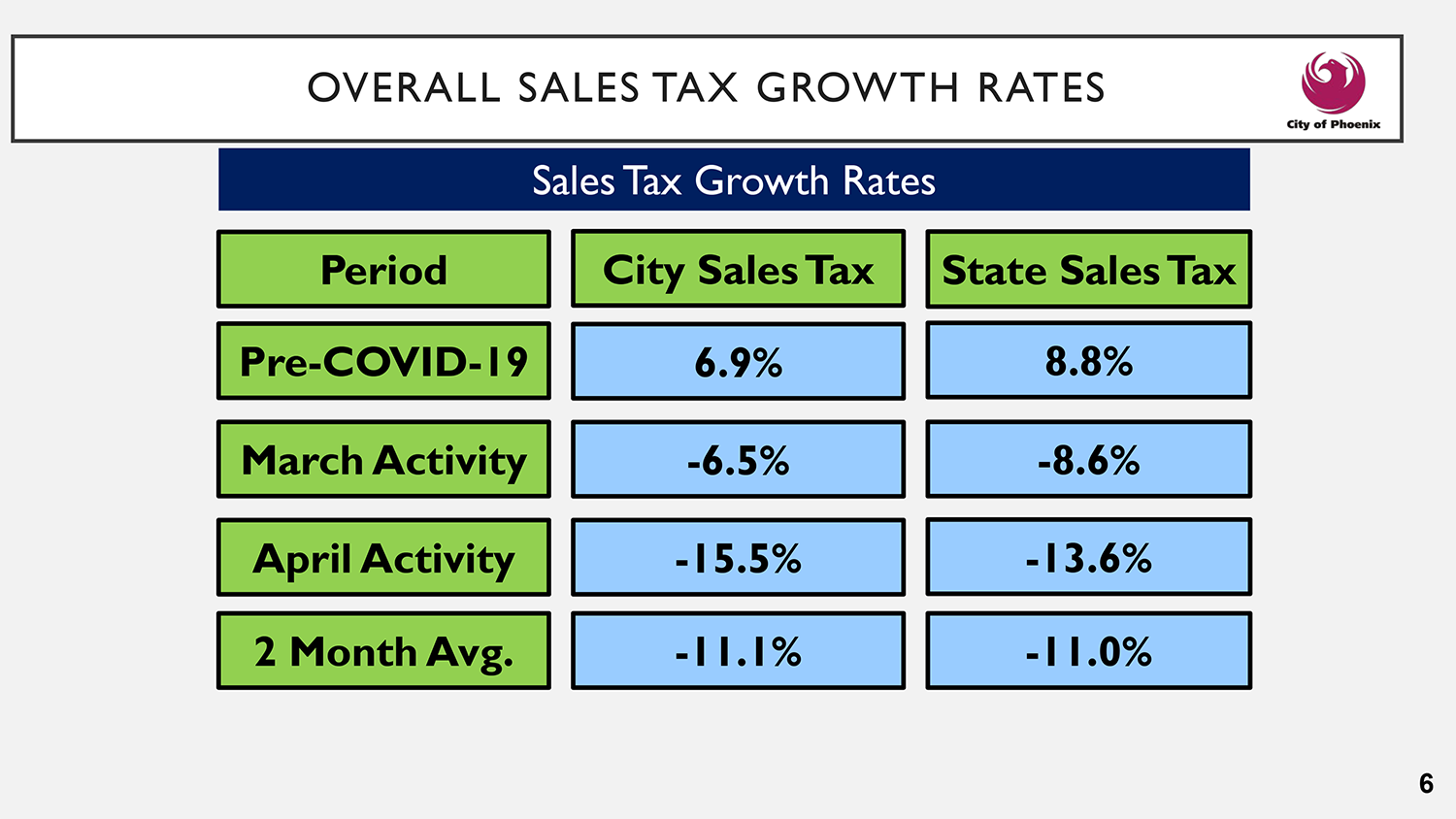