Is Mexico's President Sweeping His Opinions On Trump Under The Carpet? 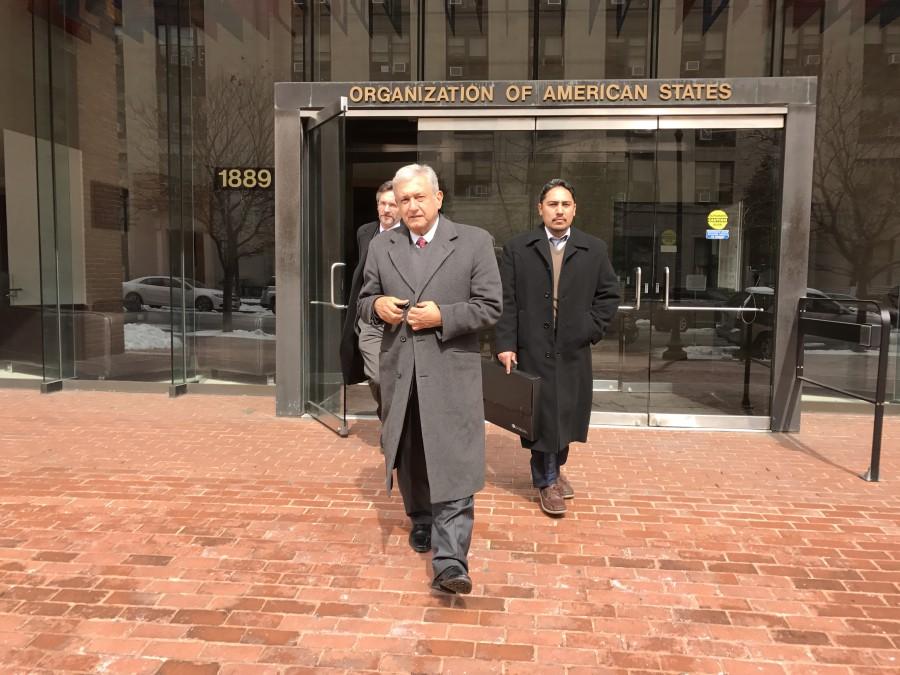 MEXICO CITY — President Donald Trump and his Mexican counterpart, Andrés Manuel López Obrador will meet face to face for the first time this Wednesday. But the encounter in Washington faces criticism in Mexico, particularly given López Obrador's stance with Trump.

López Obrador has recently stated that he has a good relationship with Trump. He's said he's thankful with Trump for his support, particularly with trade, oil and the fight against organized crime. But critics say he’s been ambiguous 's on his stance, even before becoming president.

In 2017, López Obrador presented a complaint against Trump for his immigration policies at the Organization of American States. A video from back then by the publication El Financiero shows López Obrador in a rally in Los Angeles, comparing Trump's deportations and wall to Hitler's Nazi regime.

"Those wily, irresponsible, neo fascist rulers want to build a wall and turn the United States into a ghetto against migrants," López Obrador said back then.

But currently, some analysts say López Obrador has currently succumbed to Trump while negotiating trade, immigration and crime. Last year, Mexico was pressured by Washington to deal with the migrant caravans and yield on stipulations on the US-Mexico-Canada Free Trade Agreement.

For his trip to Washington, D.C., and as required by the White House, López Obrador got a coronavirus test and is flying wearing a face mask despite rejecting both measures for months — and said he tested negative.