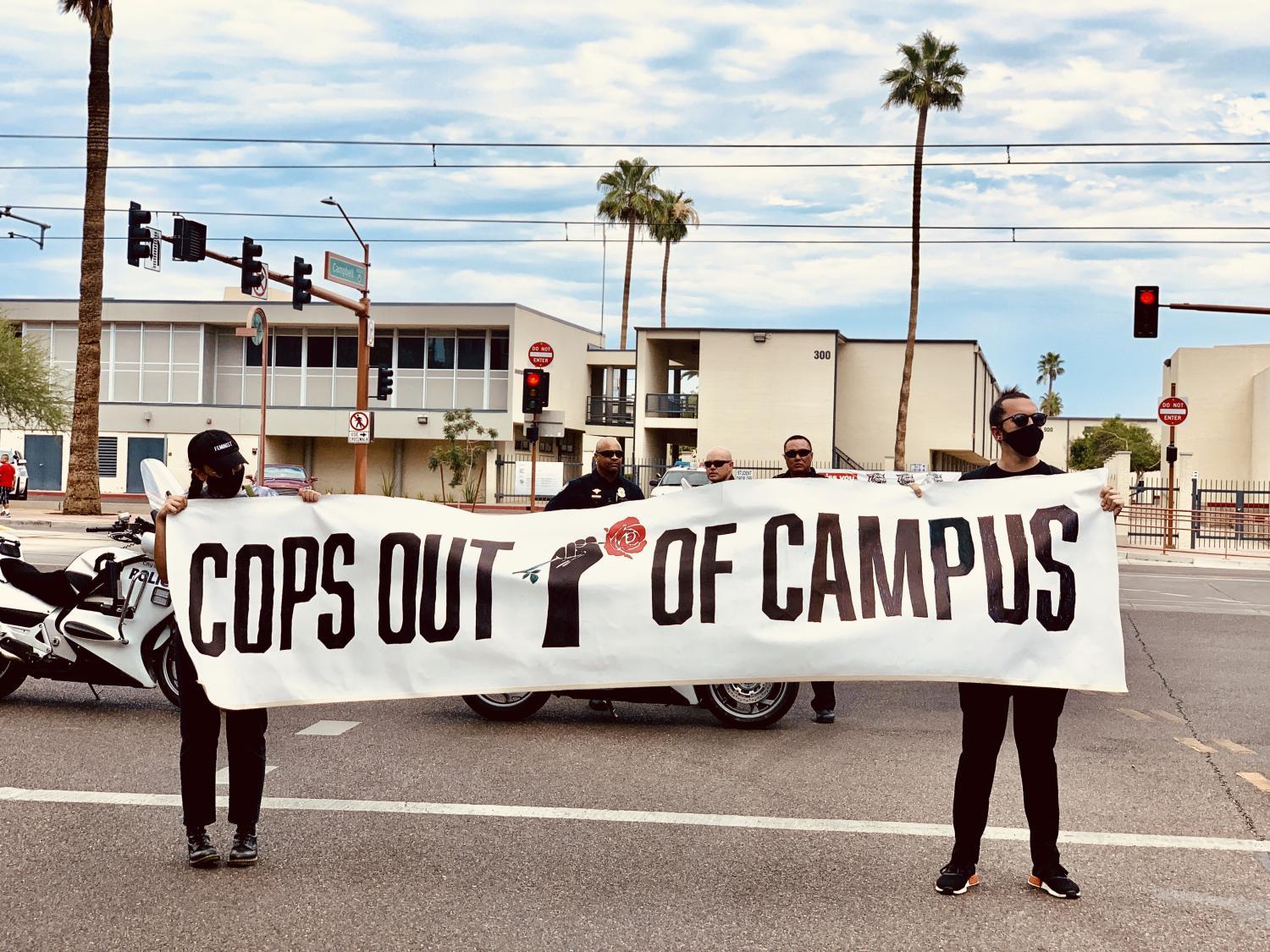 Puente Youth Movement
Student activists with the Puente Youth Movement have been pressuring the Phoenix Union High School District remove school resource officers from its schools. On Tuesday, the district announced it would pause the program this school year.

The Phoenix Union High School District announced Tuesday that it will not re-sign its intergovernmental agreement with the city of Phoenix for school resource officers this school year.

It's the latest school district in the nation to reconsider its school resource officers program in response to weeks of civil unrest over police brutality following the death of George Floyd and others.

“As we face the global health care crisis but also the crisis of the racism here in our nation, we believe that this is the right year and the right time to pause, reflect and plan differently for the future of school safety here in Phoenix Union," said the district's superintendent Chat Gestson.

Gestson anticipates there will be less of a need for law enforcement presence at the district's schools this academic year because of possible school closures and more remote learning due to the ongoing COVID-19 pandemic.

Students with the advocacy organization Puente Youth Movement have been campaigning for at least three years to end police presence in schools. And they organized a petition and started a protest this year calling on a district to end its contract.

"It's a good first step, but, you know, we need this to be a long-term thing. We don't want this to be only for one year," said  Khan. "It didn't feel like the district was being decisive, and it felt like they were a little bit hesitant in doing this. And we feel like as if that this was more motivated by the pandemic and the fact that schools are gonna be closed."

Pausing the school resource officers program will result in significant budget savings. Gestson said the majority of the funds will be used to train and further develop the district's school safety teams in preparation for the launch of the 2021-2022 school year. But the district is allocating $1.2 million for school safety improvement ideas proposed by staff, students and parents. All participants will be able to vote on final proposals and selected ideas will be implemented for the 2021-2022 school year.

Students have been calling on the district to reinvest the money that they spend on police towards more resources for students — access to social workers, counselors, mental health resources. Arizona has one of the worst student-to-counselor ratios in the country.

The district is holding special governing board meeting on July 17 to discuss next steps.