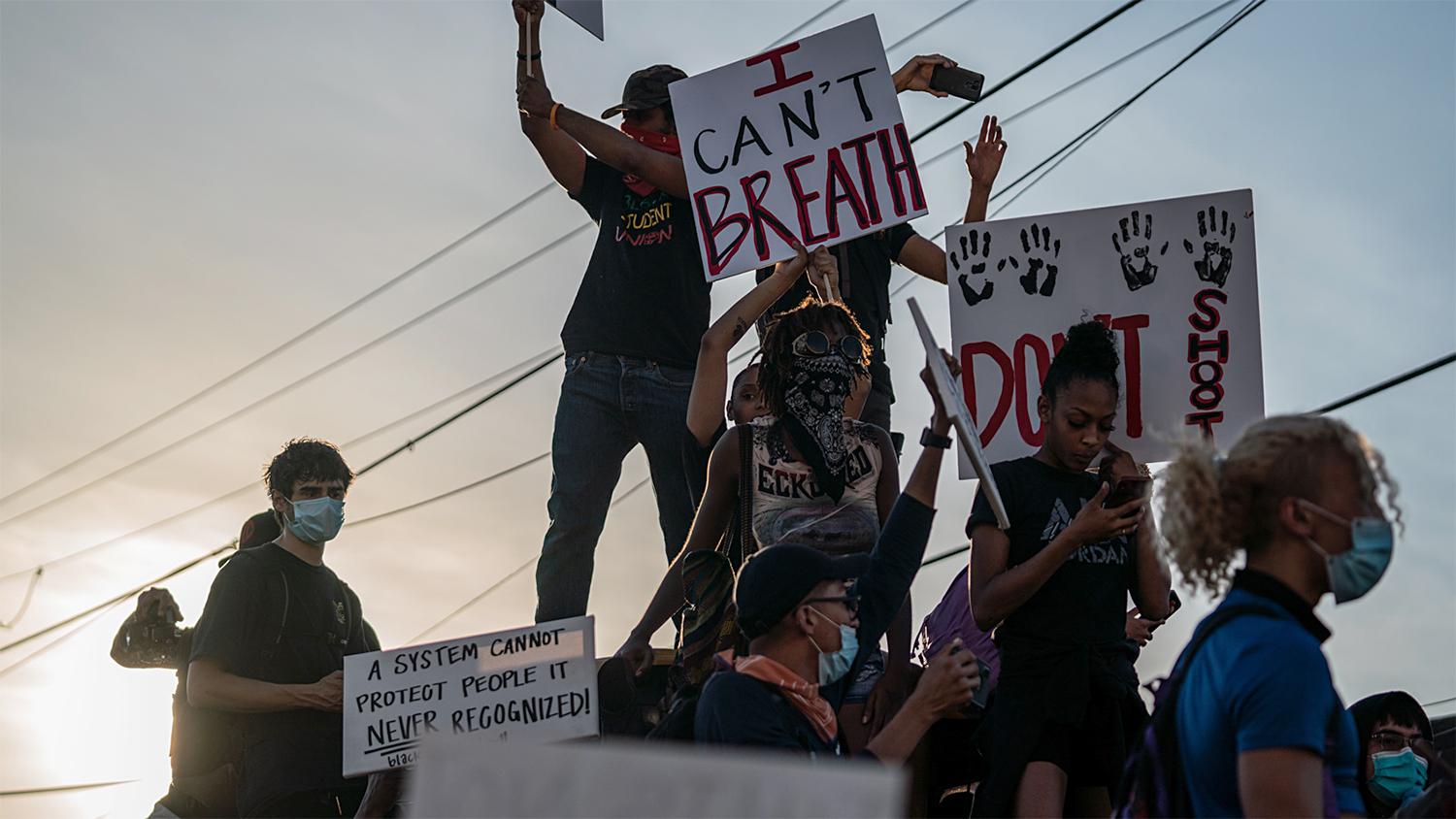 Aung N. Soe/Special for Cronkite News
Protesters in downtown Phoenix on May 31, 2020.

STEVE GOLDSTEIN: The killing of George Floyd by a Minneapolis police officer has been incredibly influential and impactful as rallies and protests around the world have emerged in response to police brutality and racial injustice. Floyd's death was filmed by a teenager named Darnella Frazier. And the video was reminiscent for many African Americans of photos that were shared and distributed of lynching victims from an earlier time in the U.S. USC assistant journalism professor Allissa Richardson believes those videos should be considered sacred and treated more properly — on a par with those disturbing lynching photos. She's written about those concepts and more in the book, "Bearing Witness While Black," and she's with me to talk about them. Professor Richardson, can you explain how the cellphone video of George Floyd's killing is changing the landscape and changing the conversation?

ALLISSA RICHARDSON: 2014, we saw the Eric Garner shocking videos out of New York, which had an eerily similar feel when you think about how he talked about how he couldn't breathe, and that also was captured by a smartphone witness. And so as someone who had already been teaching mobile journalism to youth, particularly Black youth and youth throughout Africa, how to use cellphones, I was intrigued by what I was seeing. We were no longer talking about using these devices to lower the barrier of entry for African American students to participate in journalism — which can be very expensive sometimes. I was now looking at people using journalism as a way to potentially save their life or counter some of the official narratives that came from police officers about how someone's life ended. And so as I studied the Eric Garner case and then began to delve more into the Walter Scott case in South Carolina in 2015. He was shot in the back while running away from a police officer. And then there was more footage that just kept coming up. I think this particular image of George Floyd was the last straw. And this has been such a turning point in smartphone journalism and where Philando Castile's video did not quite get us to that point in 2016 — although it should have — these images, I think, brought the world out in 50 different states and across almost two dozen countries. Globally, people are expressing that they care and that they don't want to see this happen to anyone else.

GOLDSTEIN: Is there an approach, whether it's when you're talking with the young journalists you're teaching or just people who are shooting a video with their own cellphone or smartphone? Is there a proper approach to that? Or is it simply shooting the video and making it available for the public? I guess I'm wondering from a, from any sort of standpoint, to have a larger impact that people truly understand. 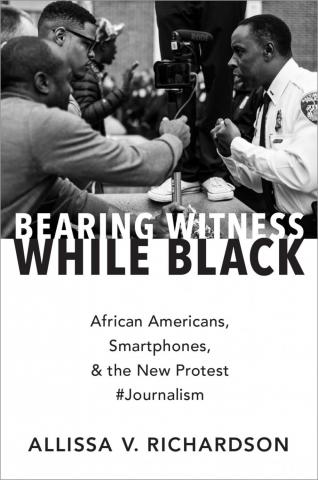 RICHARDSON: That's a great question. And I've written most recently about this kind of concept of this, the shadow archive, and the need to bring that back. What the shadow archive was is a really fascinating technique that early 20th century civil rights activists brought to the light as they began to show lynching and all its horrific forms. I should mention that in the research that I conducted for "Bearing Witness While Black," I kind of began to categorize three overlapping eras of domestic terror against African Americans, beginning with slavery and then giving rise to lynching, and then that kind of mutating to what we have today in the form of police brutality. And through each of those eras, I found that there were Black witnesses using media, specifically journalism, to kind of highlight what it is that they found and what they wanted America to know. And through this lynching phase, most poignantly, is when the shadow archive came to form. And that, what that is, is when activists like Ida B. Wells found out about a lynching in points south, they usually sent white allies down who could move freely to capture those pictures and the horrible postcards that were even printed to boast of the events. And what they did is those allies then brought those images back up to the North where Ida B. Wells and her team could publish them in magazines like the NAACP's The Crisis. And during that time, they would only use those photographs past the point of outrage. And so when they got everyone very frustrated and riled up and aware of the problem, usually in the form of memberships skyrocketing, NAACP memberships, or people who were talking about pushing legislation and moving the needle forward with full-page ads in the New York Times. That is when Ida B. Wells and her team would say, "It's time to roll back that picture. Let's not push past a point where we become exploitative," and the picture would then be removed from circulation. It would be placed in a museum, a library or a newsroom file. And at that time, a lot of people began to recognize that gazing upon those pictures then began or required to have a somber gaze to it. And now we have an opportunity to do that, too. A lot of people may assume that because we live in the internet age, that it's impossible to roll back or modify or moderate these kinds of horrific images just proliferating the internet. That's not true. We make decisions all the time as journalists about what we're willing to conceal or keep from the public in the name of human decency.

GOLDSTEIN: The word that comes to mind is "desensitizing." It's almost as though some of the images of African Americans are allowed to feel almost like something that's fiction, something that's in a movie. And we're treating it that way instead of with the serious gravity we should.

RICHARDSON: Absolutely. In the book, I quote one of the foremost activists. She's the creator of #OscarsSoWhite. April Reign wrote a powerful Washington Post editorial a few years ago about how these films can function as Black snuff films. And it's a really strong statement. It's a strong term. But as I began to kind of examine what that would mean, I did have to reckon with the fact that the audience for some of these are not well-meaning folks. And so we want to make sure that the period use of these is not just a digital "attaboy" for people who would love to see more African Americans killed in this way. And when you think about how you're looping only images of African American people being shot down like this or choked like this without consequence, it actually reinforces white supremacy in a way and shows people that the status quo is not to be challenged. And I think that a lot of activists are coming to that point where they're saying, "I don't want to watch these anymore because they don't serve me. I already know what's going on. I know what's happening. That's why I've been on the front lines. And these are actually for the people who are still on the fence." They're really for what Dr. King was talking about when he was talking about the white moderates, and he was talking about people on the fence who still need to be convinced of how they can get involved and what can happen if they do get involved, how powerful that would be. I think we're now seeing that tide turn in this particular movement. Even white people are traumatized by these at this point.

GOLDSTEIN: That is Dr. Allissa Richardson. She's an assistant professor of journalism at USC Annenberg School. She's also author of the book "Bearing Witness While Black." Dr. Richardson, thank you so much for the time and be well.