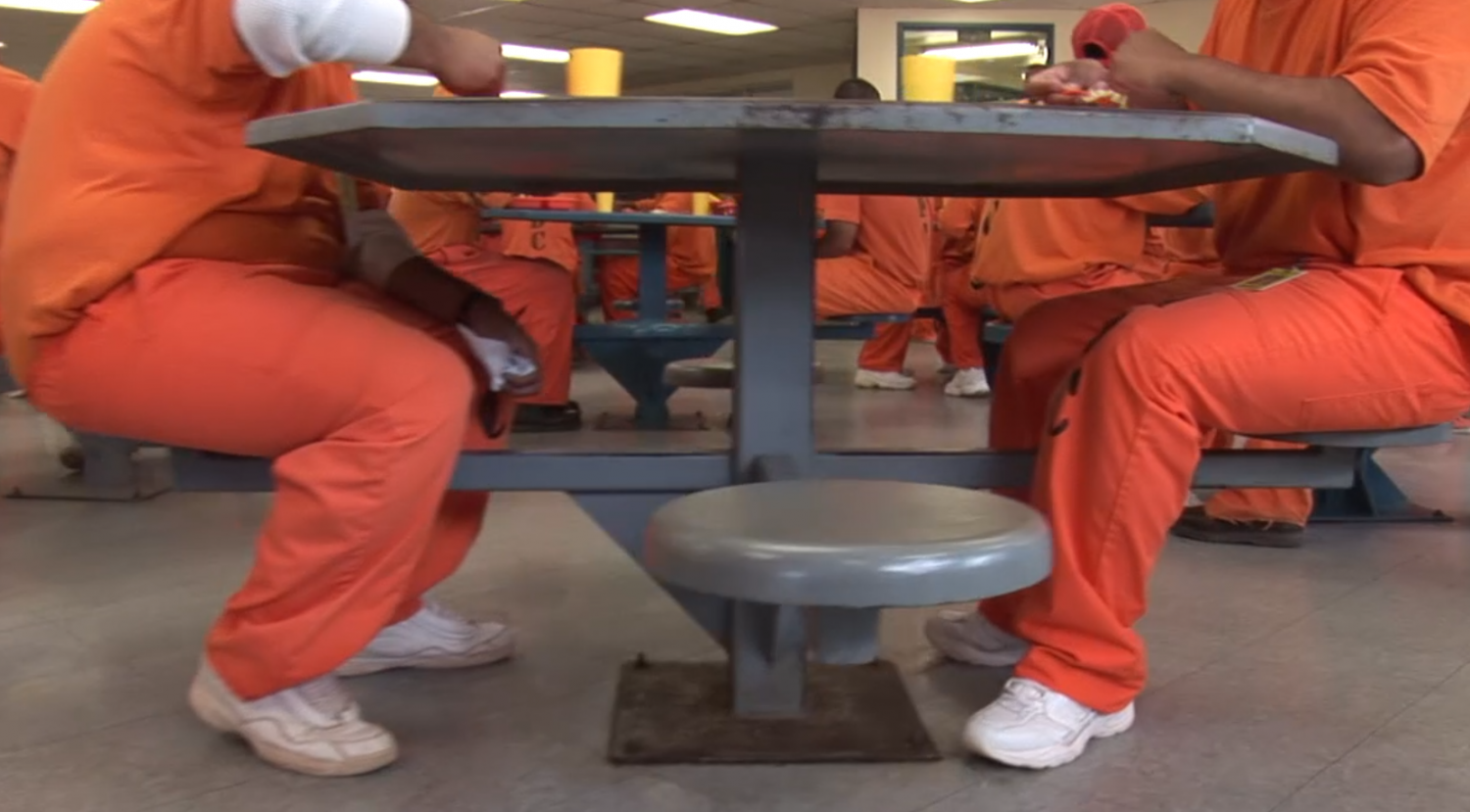 Arizona Department of Corrections
Inmates eat at an Arizona prison in 2015.

The Arizona Department of Corrections has changed its kosher meal offering to a “plant-based common fare meal.” The change occurred Aug. 1 at all state-run prisons.

The Department of Corrections did not give a reason for the meal change, but said both the old kosher offering and the new meal cost $2.06.

Department spokesperson Bill Lamoreaux said the common fare meal was reviewed “by Imams and Rabbis to ensure it meets their religious standards.”

According to Lamoreaux, “the common fare meal is offered in many other State Departments of Corrections as well as the Federal Bureau of Prisons.”

Department of Corrections Director David Shinn was formerly employed by the Bureau of Prisons as a warden at the Victorville Federal Correctional Institution in California.

Shinn was sued in his capacity as warden for, among other complaints, prohibiting access to religious diets for Sikh asylum seekers who were being detained at the prison in August of 2018.

Elizabeth Jordan, an attorney at the Civil Rights Education & Enforcement Center, sued Shinn and the federal government on behalf of the asylum seekers. She said the lack of access to a kosher meal was just one of the ways her Sikh clients’ rights were violated at the facility.

“They did not know what to do with people who practiced that religion,” Jordan said. “They forced people to take off their turbans and they had religious-based dietary restrictions that were not being honored by the prison.”

Jordan called it a case of “blatant disregard for her clients’ rights to observe their religion.” She said the prison officials quickly settled after the lawsuit was filed.

James Sonne, a professor of law and the director of the Religious Liberty Clinic at Stanford Law School, says the issue of religious diets in prisons has been extensively litigated. He says it received renewed attention when the Religious Land Use and Institutionalized Persons Act was enacted in 2000.

“RLUIPA provides for protection of religious liberty in prison and requires prisons to accommodate prisoners where there would be a substantial burden on their religious beliefs,” Sonne said.

Sonne said the common fare meal is an appealing option to prisons because “it's a least common denominator in satisfying the dietary needs of many religious traditions.”

“That said, the devil is in the details,” Sonne said, “both as to its compliance with inmate beliefs and in its quality.”

For example, Sonne said while a common fare menu might lack pork, it still might violate Jewish kosher law by not being supervised by a rabbi.

“Moreover, although such a menu might have adequate calories, it might consist only of bland, unpalatable, or oft-repeated ingredients,” Sonne said.

According to the Arizona Department of Corrections, there are approximately 1,210 inmates in state prisons receiving a kosher diet.

The department said the common fare meal has been certified to meet federal nutritional standards by a registered dietitian with the contracted food services provider.