Q&AZ: Are Cicadas Different In Prescott Than In The Phoenix Area? 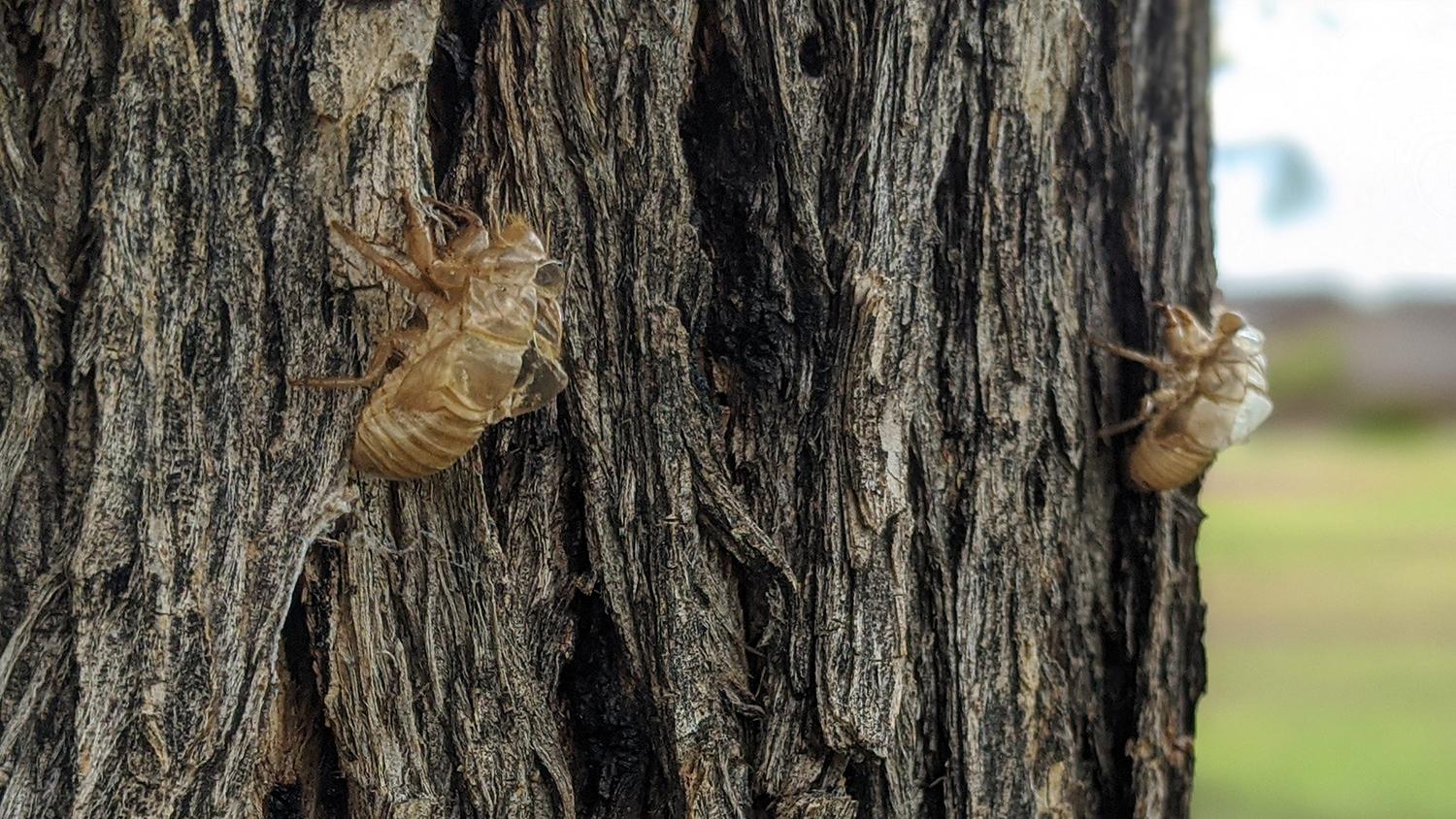 Sky Schaudt/KJZZ
Cicada exoskeletons on a tree at a Peoria park in July 2020.

One weekend in Prescott, a KJZZ listener heard what sounded like cicadas making a louder and deeper racket than those found in the Valley.

She wanted to know if cicadas are different on Whiskey Row than on Roosevelt Row.

Cicadas make sounds in different ways: They can vibrate membranes called tymbals, rustle and pop their wings or stroke a rasp-like body part in a process called stridulation.

If you hear them at night, they're probably not cicadas at all, but crickets or katydids.

According to Nico Franz, curator of insects at Arizona State University, has nearly 70 species of cicadas, more than 15 of which occur near Prescott.

Franz could not verify the species, but added that Arizona is a very insect-diverse state, home to around one-fifth of the insect species in the U.S.