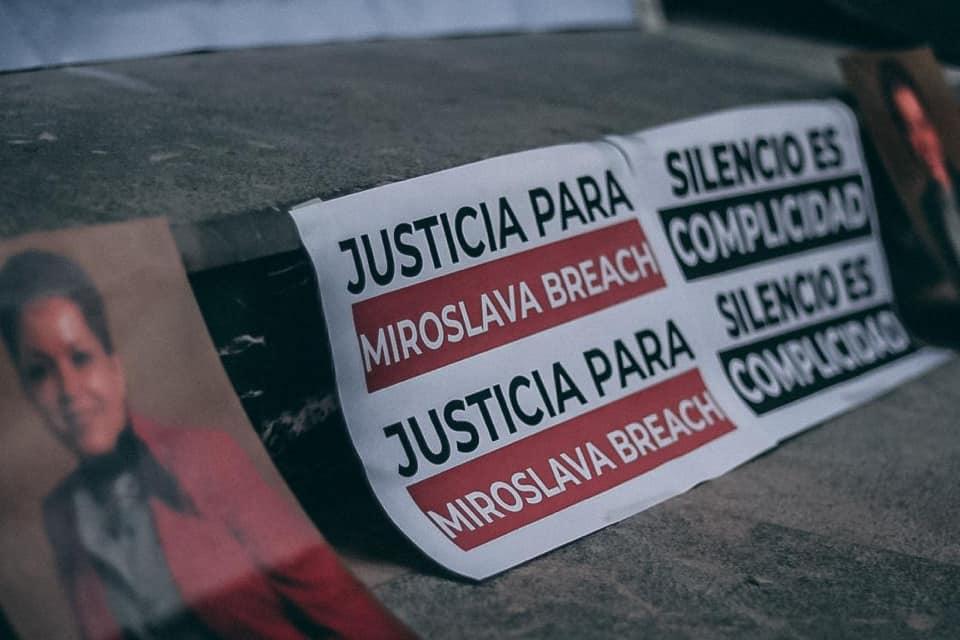 Propuesta Civica
Signs outside the federal court where Juan Carlos Moreno was sentence call for "Justice For Miroslava Breach."

A man convicted of ordering the 2017 murder of a prominent journalist in the Mexican state of Chihuahua was sentenced to 50 years in prison this weekend. The sentence is exceptional in a country where most attacks on journalists go unsolved.

A Mexican judge sentenced Juan Carlos Moreno, known as "El Larry," to 50 years in prison for the murder of journalist Miroslava Breach.

The longest sentence to date for such a crime, and one of few media killings to be solved, "this ruling represents a precedent in the fight against impunity for crimes against journalists," said Sara Mendiola, director of the nonprofit Propuesta Cívica, which advocates for human rights and freedom of expression.

But she and others are still calling for further investigations into Breach’s murder, including the possible involvement of government officials in Chihuahua.

Propuesta Civica
Signs outside the courthouse where the man who ordered her killing was sentenced call for justice for murdered journalist Miroslava Breach.

Breach, 54, was a prominent journalist who reported on crime and politics, including drug trafficking. On March 23, 2017, a gunman shot her several times outside their home in Chihuahua City, where she was in her vehicle with her son.

Moreno was convicted last March of being the "intellectual author" of Breach's murder.

The case was a federal prosecution because it involved the murder of a journalist in violation of Mexican laws protecting the freedom of expression.

Breach is one of more than 100 journalists killed in Mexico since 2000. Mexico is considered one of the most dangerous countries in the world for journalists, according to the international nonprofit Reporters Without Borders.