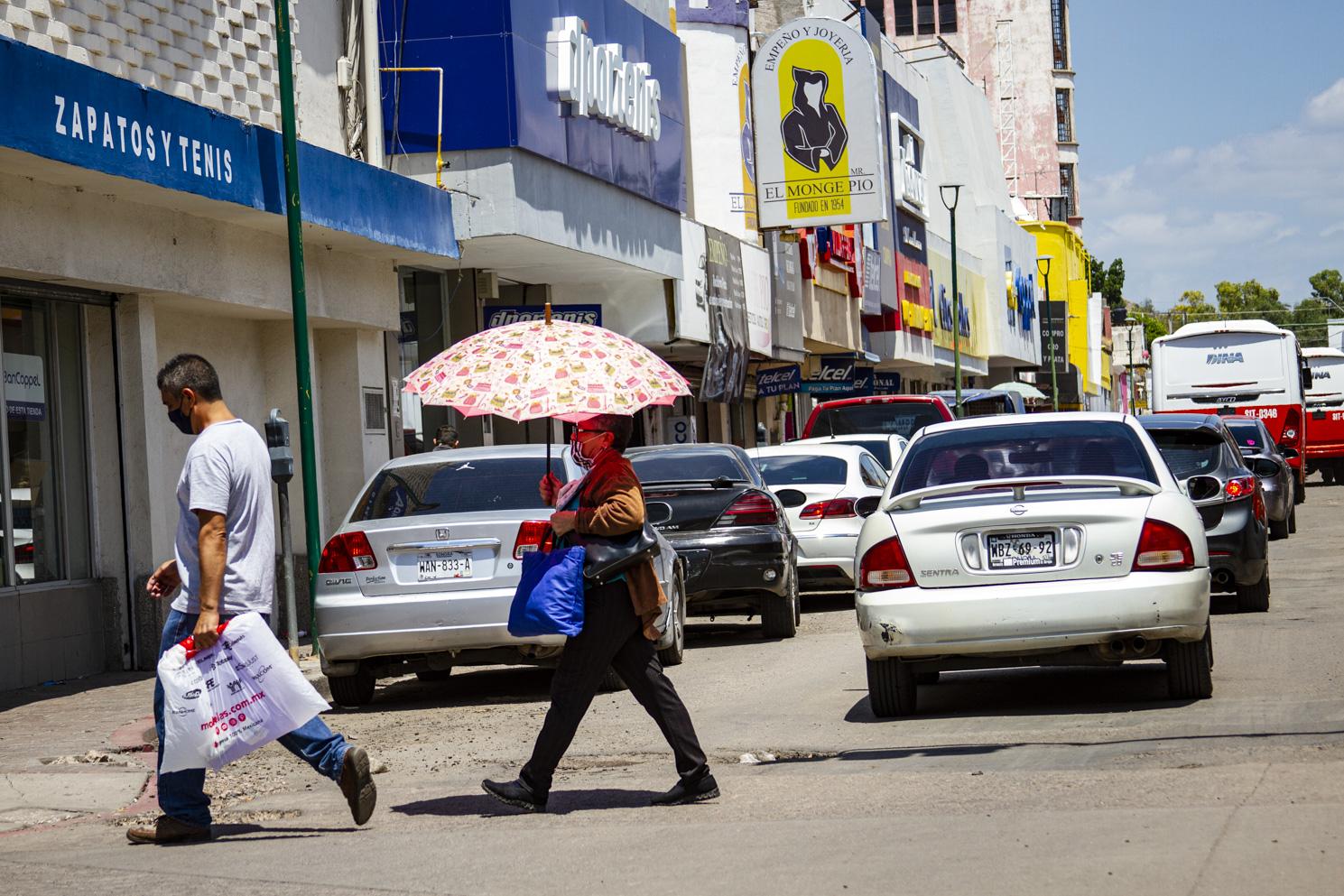 Murphy Woodhouse/KJZZ
Many shops in Hermosillo's downtown have reopened in recent weeks.

More businesses — including movie theaters and casinos — will be allowed to open in the Sonoran capital Hermosillo.

Gyms and malls are also on the list of businesses to reopen, though all will need to respect reduced occupancy rules. Theaters will be kept to 35%, while the same requirement was raised to 80 percent for restaurants. Bars and nightclubs will remain closed until the city falls to green on the national semaforo — or traffic light — rating system. It is now at yellow.

“Health measures remain strictly obligatory in commercial establishments,” said Mayor Mayor Célida López. Those include facemasks, hand sanitizer and safe distancing. Officials will be visiting businesses to ensure compliance, according to a release from the city.

New cases in the state have been declining in recent weeks, according to data tracked by the Universidad de Sonora.