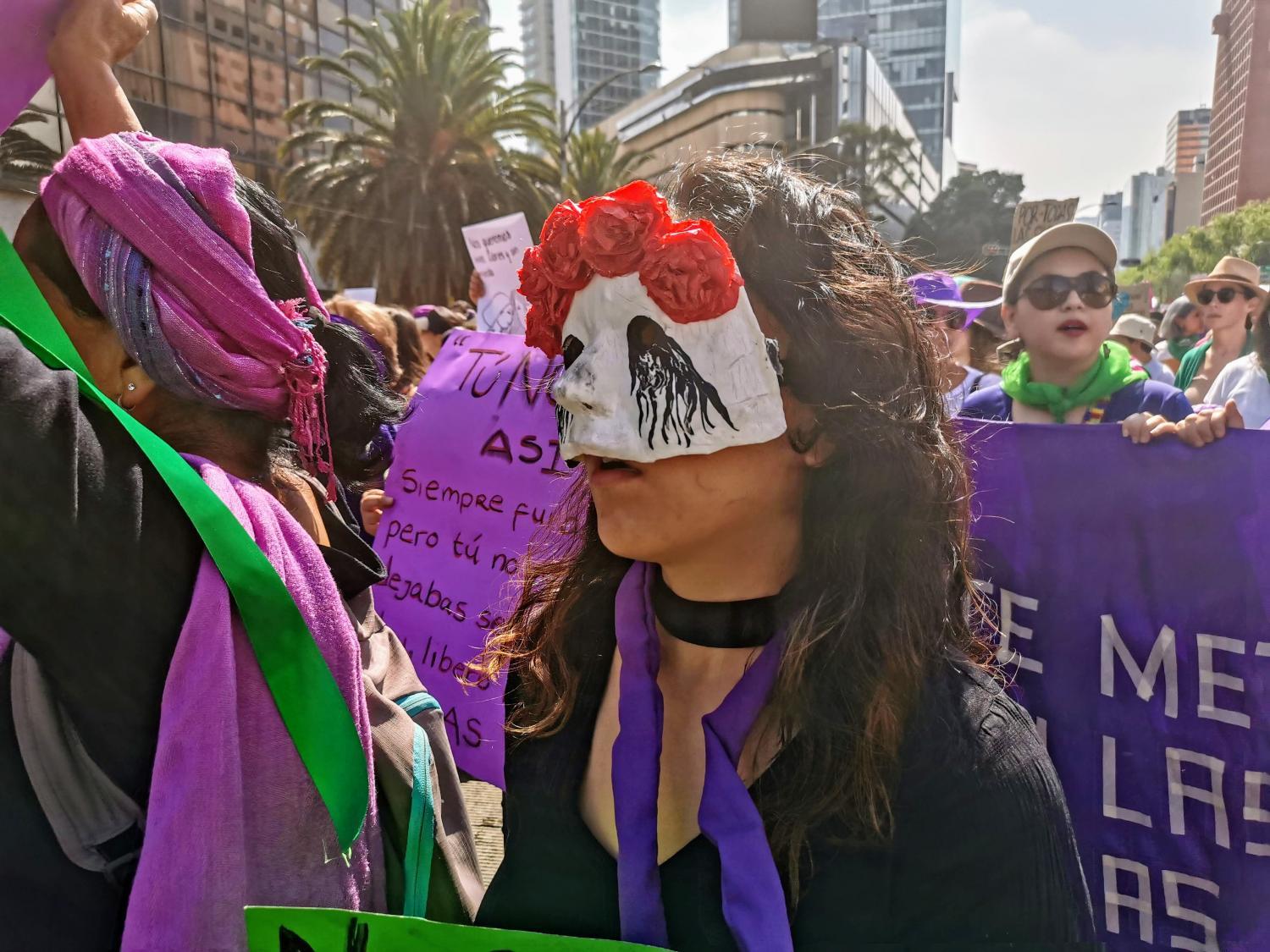 Rodrigo Cervantes
One out of thousands of women attending the #8M rally against femicides in Mexico City.

MEXICO CITY — In Mexico, a feminist group has seized control of the office of the country’s human rights commission. They want justice for unsolved hate crimes against women and to stop the growing number of femicides — the murders of women as a consequence of their gender.

Protesters have turned the Human Rights Commission's office in downtown Mexico City into a shelter for women who were victims of hate crimes or lost a relative to femicide.

The group vandalized the property and altered artwork from the commission, and they’re planning to auction off those pieces to fund their movement.

Rosario Piedra, head of Mexico’s Human Rights Commission, said that she is open to dialogue with the protesters. But demonstrators demand her resignation.

Piedra has been accused of inefficiency and of being too close to Mexico's president, Andrés Manuel López Obrador, who said protesters are being used by his opponents.

Mexico’s femicides have risen even during the pandemic, according to official data, but the president has denied those numbers.