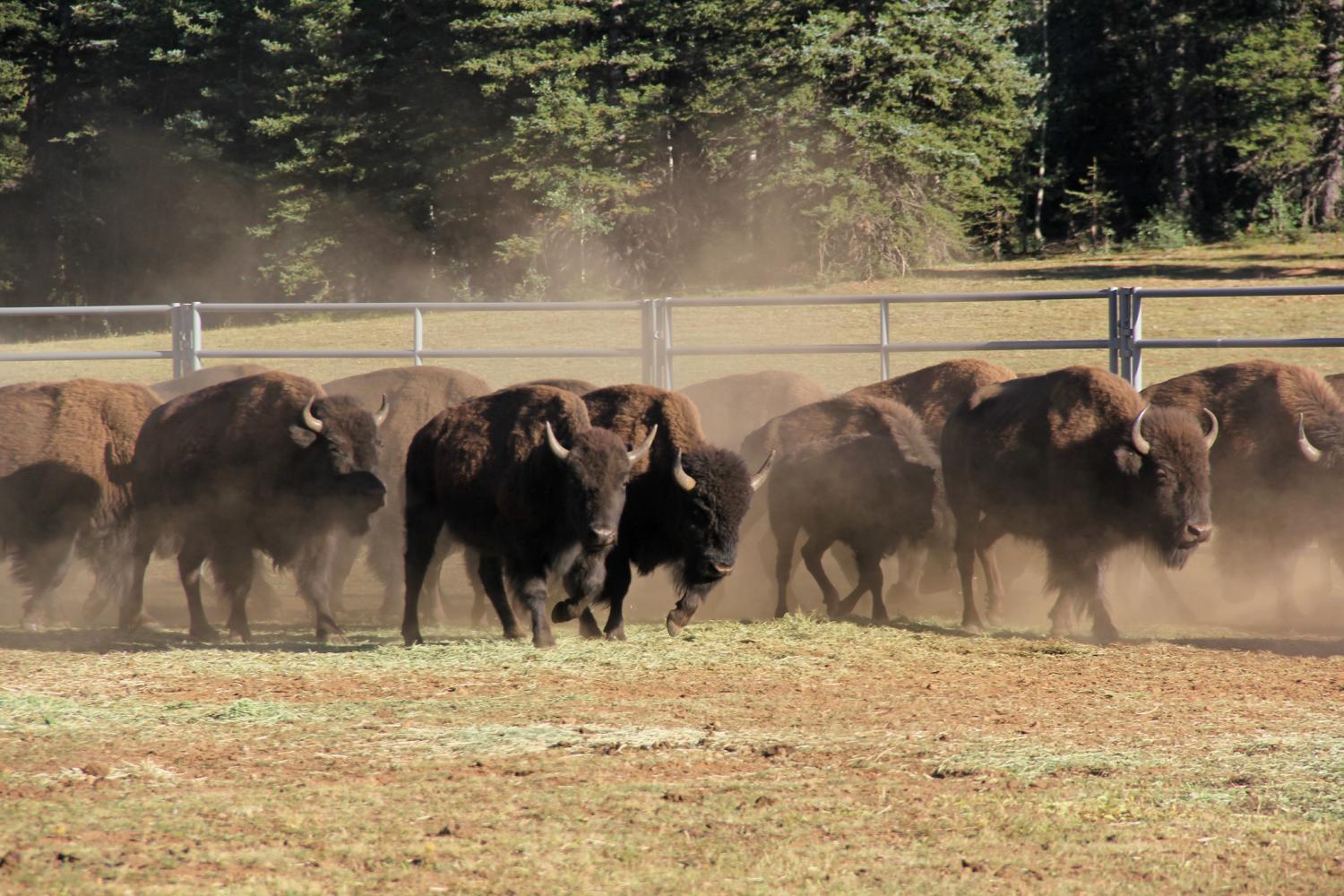 Dozens of bison were successfully relocated from Grand Canyon National Park this week as part of an effort to manage the park’s herd.

There are 600-to-800 bison in the Grand Canyon area, but wildlife biologist Miranda Terwilliger said the Kaibab Plateau can’t support a population that large.

“Ecologically they’ve outgrown their habitat on the North Rim," she said. "They’re on the extreme edge of what would have been the native range of bison if not outside of it. So they’re creating damage to natural and cultural resources on the North Rim.”

Terwilliger said the growing herd also has nowhere else to expand.

“They don’t have any predators that go after them on the North Rim," she said. "They are limited in that they’re not ranging across the United States because there are cities and towns and ranches and fences and things that didn’t used to be there.”

Terwilliger said the goal isn’t to remove all the bison from Grand Canyon National Park, but to reduce the herd to a more manageable 200 animals over the next five years. The National Park Service, along with the InterTribal Buffalo Council, Kaibab National Forest and Arizona Game and Fish Department began the bison relocation efforts in 2019.