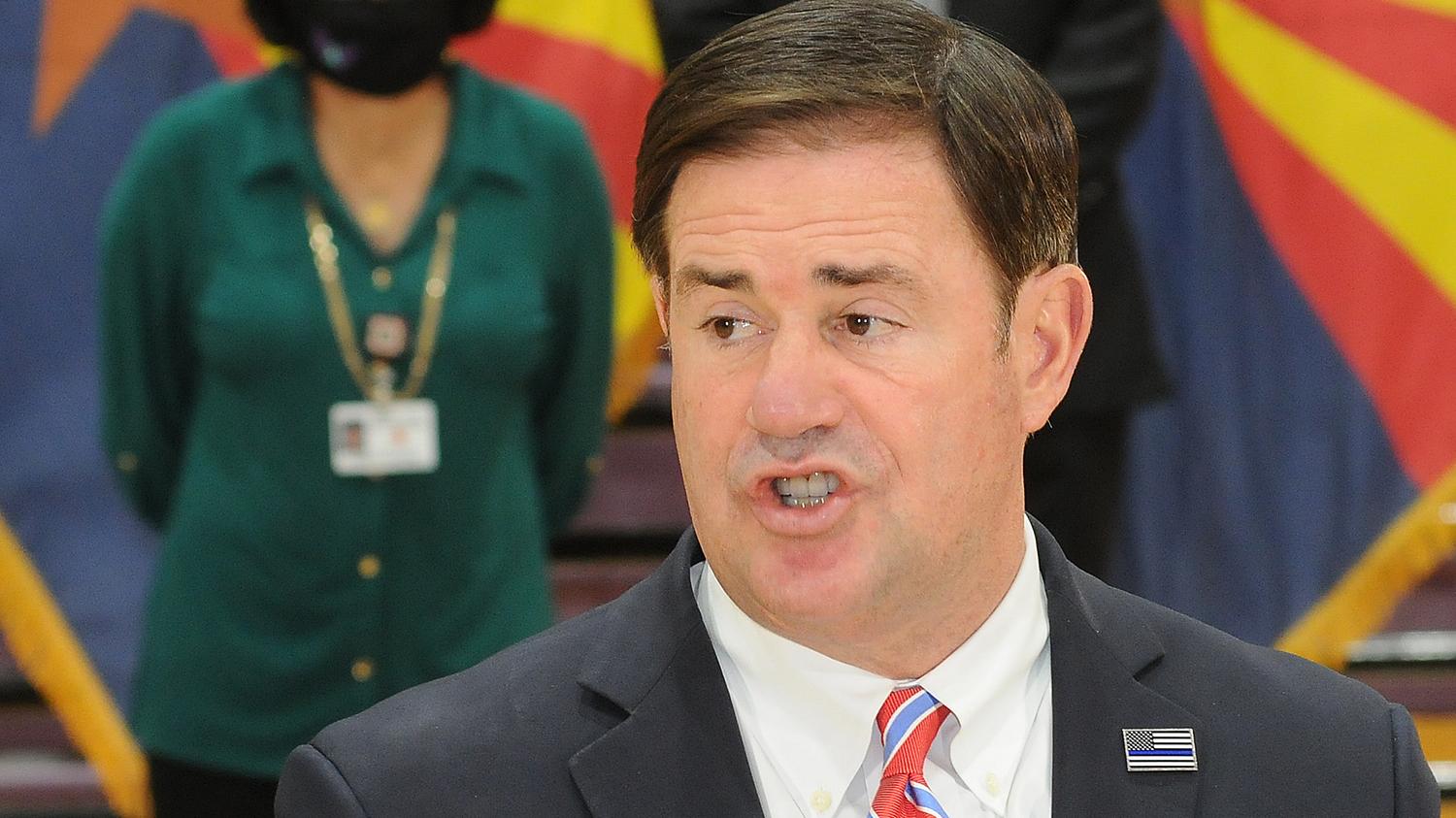 Howard Fischer/Capitol Media Services
Gov. Doug Ducey said Sept. 10, 2020, it's up to Congress and not the state to deal with the fact that unemployment assistance is on the verge of being cut by more than half.

In a few weeks, more than 430,000 Arizonans left jobless by the pandemic will see their unemployment benefits cut in half as federal funding for an extra $300 weekly supplement dries up.

The Arizona Department of Economic Security says the extra benefits could stop suddenly and with no advanced warning.

At his press conference Thursday, Gov. Doug Ducey said state funds would not be used to make up the difference.

He called questions by Capitol Media Services about the state filling in some, if not all, of the lost benefits "hypothetical." The answer, he said, is congressional action.

"Arizona today has options. We have money in the bank. We’ve been financially responsible, but what you’re asking about is a hypothetical. This is on Congress for them to do their job," said Ducey.

And if that doesn't happen? Ducey's message to unemployed Arizonans was simple: plan ahead.

"We are calling on Congress to act. We need Congress to do their job. They should stop playing partisan politics and get back to work. That’s the answer. It’s on Congress. Plan ahead."

Arizona had received about $700 million in federal coronavirus relief, and Ducey’s aides said about $400 million of that was slated to go for businesses — leaving a federal unemployment package the only option for unemployed Arizonans.

The number of Arizonans receiving unemployment benefits has grown by almost 59,000 since the first week of August.