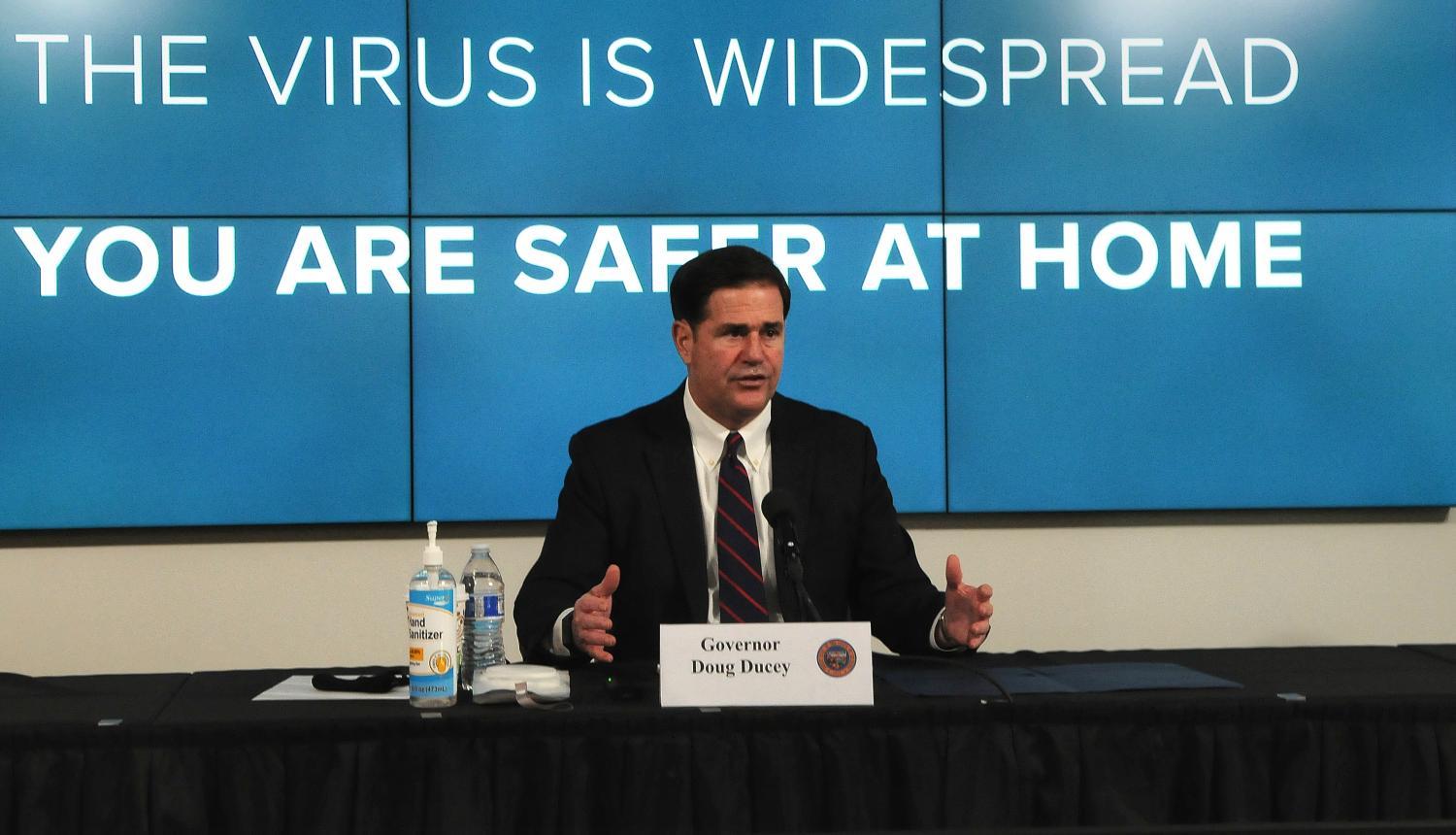 Accountable Arizona, a nonpartisan political action committee, is launching a petition to recall Gov. Doug Ducey. The group says it will formally file the petition with Secretary of State Katie Hobbs on Friday.

This petition is the second recall effort launched against the governor over his handling of the state’s response to the COVID-19 pandemic, but the first by a nonpartisan group. In order to force a recall election, Accountable Arizona would need to collect 594,111 signatures by mid-January.

Adam Halleck founded the group after seeing what he considered “ineffective leadership” on the part of Ducey and his administration.

“We feel like a lot of his indecisiveness and a lot of his weak measures have led to negative impacts in the state,” Halleck said. “He talks about listening to the science, but none of his decision have to do with science. If he listened to science, he would have issued a statewide mask mandate.”

Ducey had solid approval ratings in March and April, when the pandemic’s effects first took hold. After ending the stay-at-home order in May, though, the state’s COVID-19 numbers spiked dramatically.

In June, Ducey refused to issue a statewide mask mandate, but allowed mayors and county commissions to require masks to be worn at a local level. By then, the state was recording thousands of COVID-19 cases per day, before reaching its peak on June 29, with 5,474 reported cases.

“That’s the thing about Doug Ducey. He punts almost every decision, and the decisions that he punts that lead to good results, he takes credit for. Perfect example is the mask mandate,” Halleck said.

In July, Ducey earned a 29% approval rating on his response to the pandemic, according to an online poll commissioned by the COVID-19 Consortium, a collaboration of several universities collecting data on the pandemic.

“Given Doug Ducey’s unfavorables, you know, 70% of registered voters who voted in 2018 aren’t a fan of Doug Ducey, that gives us a pool of 1.6 million people that we can possibly earn signatures from,” Halleck said. “And our goal is less than half of those people. So given his approval ratings, I think it’s very possible. It’s just going to take a lot of work on our part.”

At the moment, Halleck says Accountable Arizona hasn’t chosen who it would want to nominate to run against Ducey in a possible recall election, except to say the group is open to a nominee from any political party.

“We’ll invite candidates from any party to meet with us and explain what their vision is for Arizona,” Halleck said. “That is how we are going to conduct this. The person who could earn our endorsement, in the future, if we are successful, could be a Republican, a Democrat, or an Independent.”

This is the second recall initiative launched against Ducey this year. The first came from a far-right group called Arizonans For Liberty, which was opposed to the governor’s stay-at-home order. According to the Secretary of State's Office, this group did not submit any signatures by their Aug. 29 deadline.