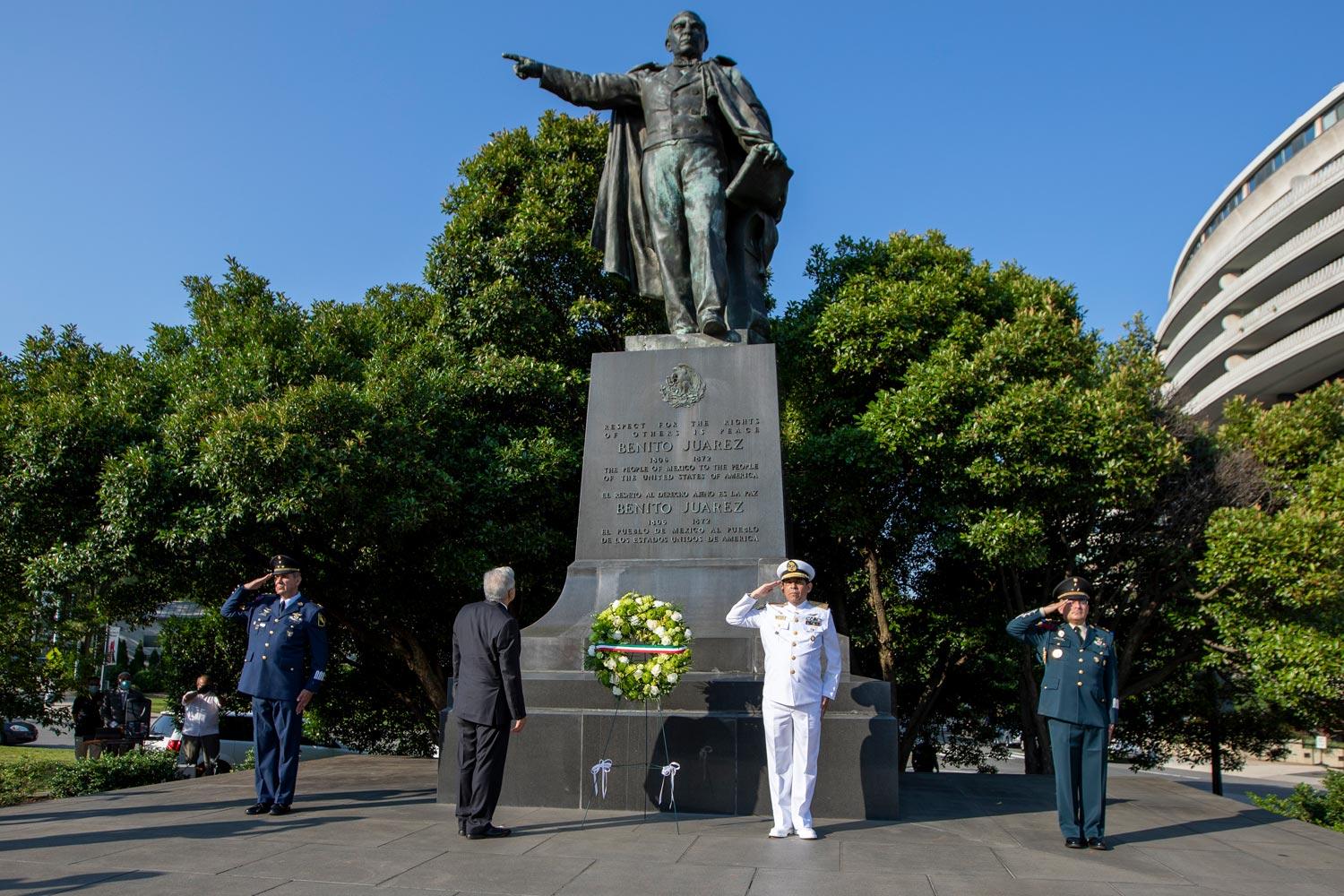 Office of the Mexican President
Mexican President Andrés Manuel López Obrador stares at the monument of Benito Juárez in Washington, D.C., during his visit in July 2020.

MEXICO CITY — Some opponents of President Trump have accused him of using fascist references in his speeches. And Mexico’s president is also receiving similar accusations after mentioning one of the most notorious dictators in history.

At the United Nations’ General Assembly, President Andrés Manuel López Obrador said his government would lead historic transformations in Mexico just like other heroes did in the past.

He mentioned Benito Juárez, a legendary liberal president from the mid-1800s. But then he added:

"Juárez’s fame and course of action were so important that Benito Mussolini was named after him by his father," the president said.

López Obrador’s mention of the Italian fascist dictator made him a target of criticisms. The Human Rights Watch director for the Americas tweeted that the president ridiculed himself.

López Obrador has been called a fascist by opponents as a result of his disdain for social movements like feminism and for the press, his divisionist rhetoric and his nationalism.