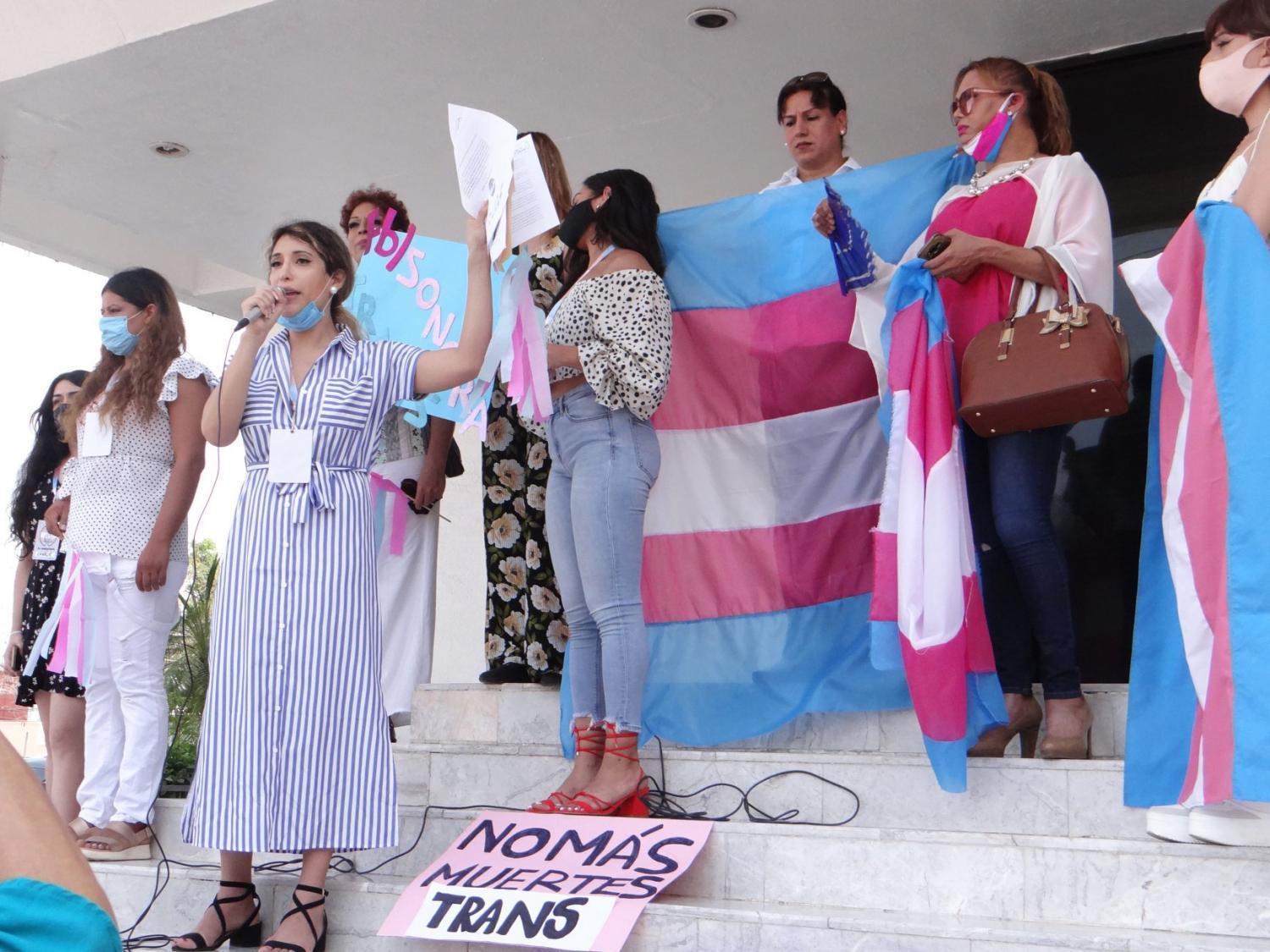 Sonora Trans
Fernanda Velarde speaks during a September 2020 event intended to pressure Sonora state representatives to approve a reform measure that would allow transgender Sonorans to easily change their names and sex on state documents.

A measure to allow transgender Sonorans to easily modify official documents to reflect their gender identity has been approved.

After a brief presentation from its sponsor and no floor debate, the Sonoran Congress approved the measure Thursday. Fernanda Velarde, founder of Sonora Trans — one of several groups pushing for the reform — praised the vote.

“This achievement is historic,” she said. “It’s something that some of us didn’t believe was even possible. Nevertheless, we continued fighting for a right like this.”

Once the measure goes into effect, she said transgender Sonorans will be able to request new birth certificates that reflect their identities through a simple administrative process.

The measure’s sponsor, Miroslava Luján López of the party Morena, said she was pleased to see support from members of several other parties as well.

The approval came the day after a measure to allow same-sex Sonoran couples to wed failed a committee vote, which Velarde said was regrettable.