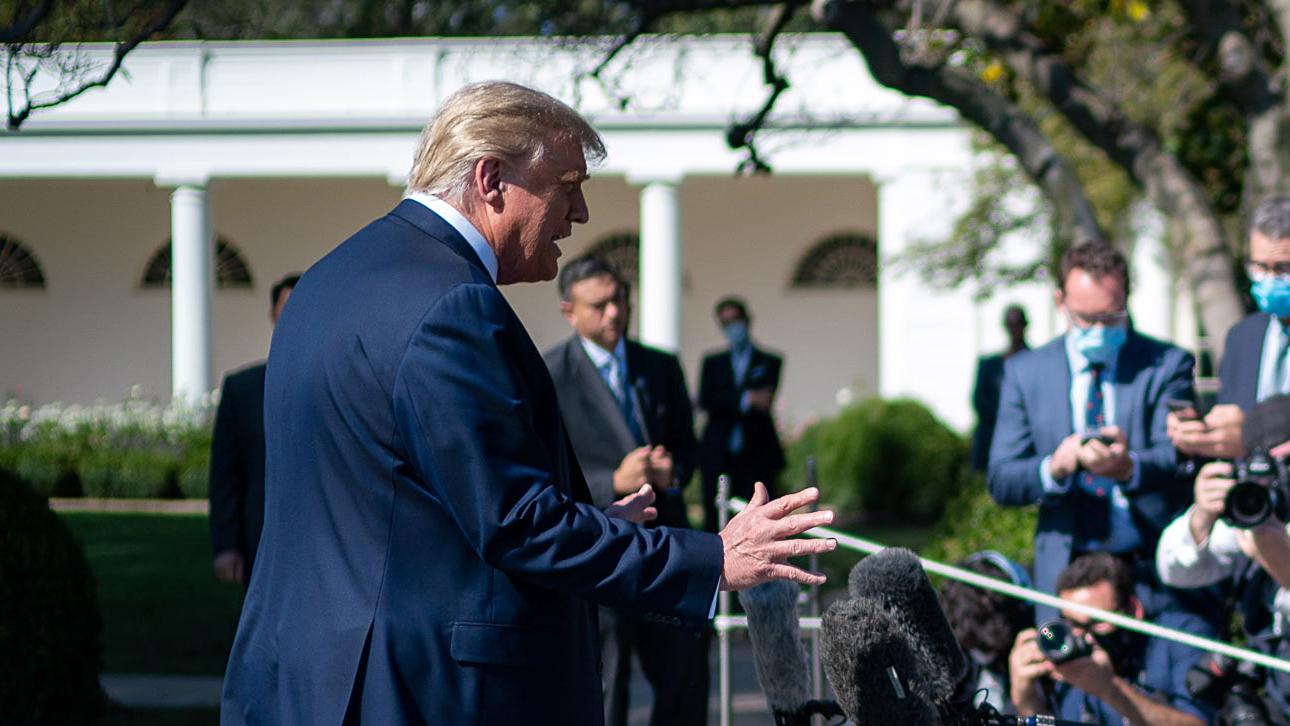 Tia Dufour/White House
Donald Trump talks to members of the press along the South Lawn driveway of the White House on Sept. 30, 2020.

After President Donald Trump announced his positive test result, messaging from within the White House was mixed — some said he was asymptomatic while others said he was showing mild symptoms.

On Friday afternoon, the president was airlifted to the Walter Reed military hospital. University of Arizona medical school professor and COVID-19 expert Dr. Shad Marvasti says it could be more serious than the White House is letting on.

“The fact that the call was made to have him transferred over to an inpatient medical setting tells you that this is serious and warrants treatment at a higher level of care,” Marvasti said.

“He’s now entered that higher risk category, so the next three to five days will be quite telling in terms of where he’s going, in terms of status, and obviously we all hope for the best," Marvasti said. "The fact that he had a fever and that he met criteria to be hospitalized, that puts him in the serious illness category."

Many public health officials criticized the president's response to the pandemic, and Marvasti says he hopes Trump's illness is a wake-up call that leads to more effective public health policy.