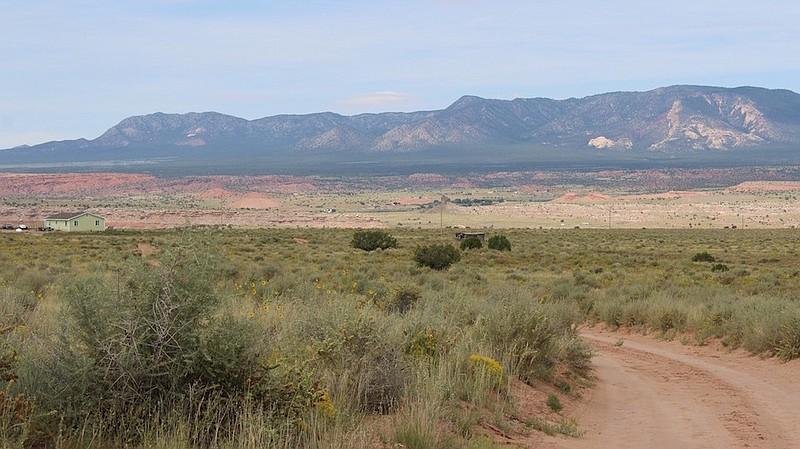 Appeals court judges considering whether to give an extra 10 days after Election Day to count ballots mailed from Navajo Nation members living on the Arizona portion of the tribe's reservation peppered lawyers with questions Tuesday over how such ballots would be distinguished for counting from those of other voters.

Six Navajos filed a lawsuit that seeks more time for authorities to count ballots because mail service on the reservation is much slower and less accessible than other parts of the state. They argued Arizona’s requirement that ballots be turned in to authorities by 7 p.m. on election night would disenfranchise tribal members.

Two weeks ago, a lower-court judge rejected the request, saying those seeking the extension didn’t prove the deadline imposes a disparate burden on Navajos as a protected class of voters.

Those seeking to extend the deadline appealed the decision, though it’s not clear whether the 9th Circuit Court of Appeals would rule on the request before the Nov. 3 election. The lawsuit, which seeks a Nov. 13 deadline for counting such ballots, was filed amid concerns that the U.S. Postal Service will not be able to properly handle a crush of Americans voting by mail.

The appeals court judges questioned the difficulty of trying to use bits of identifying information on completed ballots to distinguish between Navajos living on the reservation and other voters.

One judge said the ballots don’t say whether a given voter is a Native American, much less a member of the Navajo Nation. Another judge said the matter would be complicated further because people who aren’t Navajos may also live on the Arizona portion of the tribe’s reservation, which stretches across three states.

Steven Sandven, an attorney for the Navajos who filed the lawsuit, said postmarks on returned ballots could be used to trace back the voting precincts.

Sandven argued people who aren’t Native American and live in affluent communities such as Scottsdale would have 25 days to consider their ballot, compared with as few as seven days for people living in certain Navajo Nation communities. “The danger here is less opportunity (to vote),” Sandven said.

Democratic Secretary of State Katie Hobbs, the target of the lawsuit, opposed the extension request, arguing that creating a rule for only Navajos would cause confusion among other voters and create administrative challenges for election officials.

Roopali Desai, an attorney representing Hobbs, raised the possibility that members of other tribes in Arizona could erroneously believe such an extension would apply to them, when the lawsuit sought the extension for only Navajos who live on the reservation.

In rejecting the extension request, Judge Murray Snow ruled on Sept. 25 that while most Navajo Nation residents don’t have access to home delivery of mail and must travel long distances to get mail, those seeking the extension compared only mail delivery times on the reservation to cities, not other rural areas in the state.

The judge also said Navajos have other options for delivering completed ballots, such as dropping them off at county recorders' offices, in drop boxes, at early voting locations or at polling places on Election Day.

Attorneys for those seeking the extension said Snow didn’t consider that Native American voters are a protected class of voters and non-Natives who live in rural areas aren’t.

Earlier in the case, President Donald Trump’s campaign, which wasn’t named as a party in the lawsuit, tried unsuccessfully to make arguments against the lawsuit.