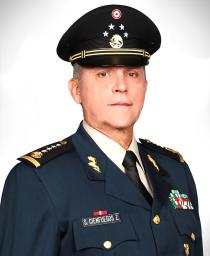 MEXICO CITY — Last week, a former Mexican secretary of defense was arrested in Los Angeles, accused of helping in drug trafficking and organized crime. Mexico's president is demanding information from the U.S. while questioning the DEA’s intervention in his country.

President Andrés Manuel López Obrador said the arrest of Gen. Salvador Cienfuegos could help in his fight against corruption.

He said his government will ask the U.S. to provide details against the former secretary so he can be prosecuted in Mexico.

López Obrador questioned the DEA's operations in his country, saying that no one in the past has stopped the U.S. drug agency from breaking Mexico's sovereignty. He also mentioned the failed Fast and Furious gunwalking operation, conducted by the ATF during the Obama administration.

Cienfuegos was decorated for his accomplishments two years ago by the U.S. government.