A Border Sheriff And The Border Wall: How Southern Arizona Has Changed Over The Last 10 Presidents 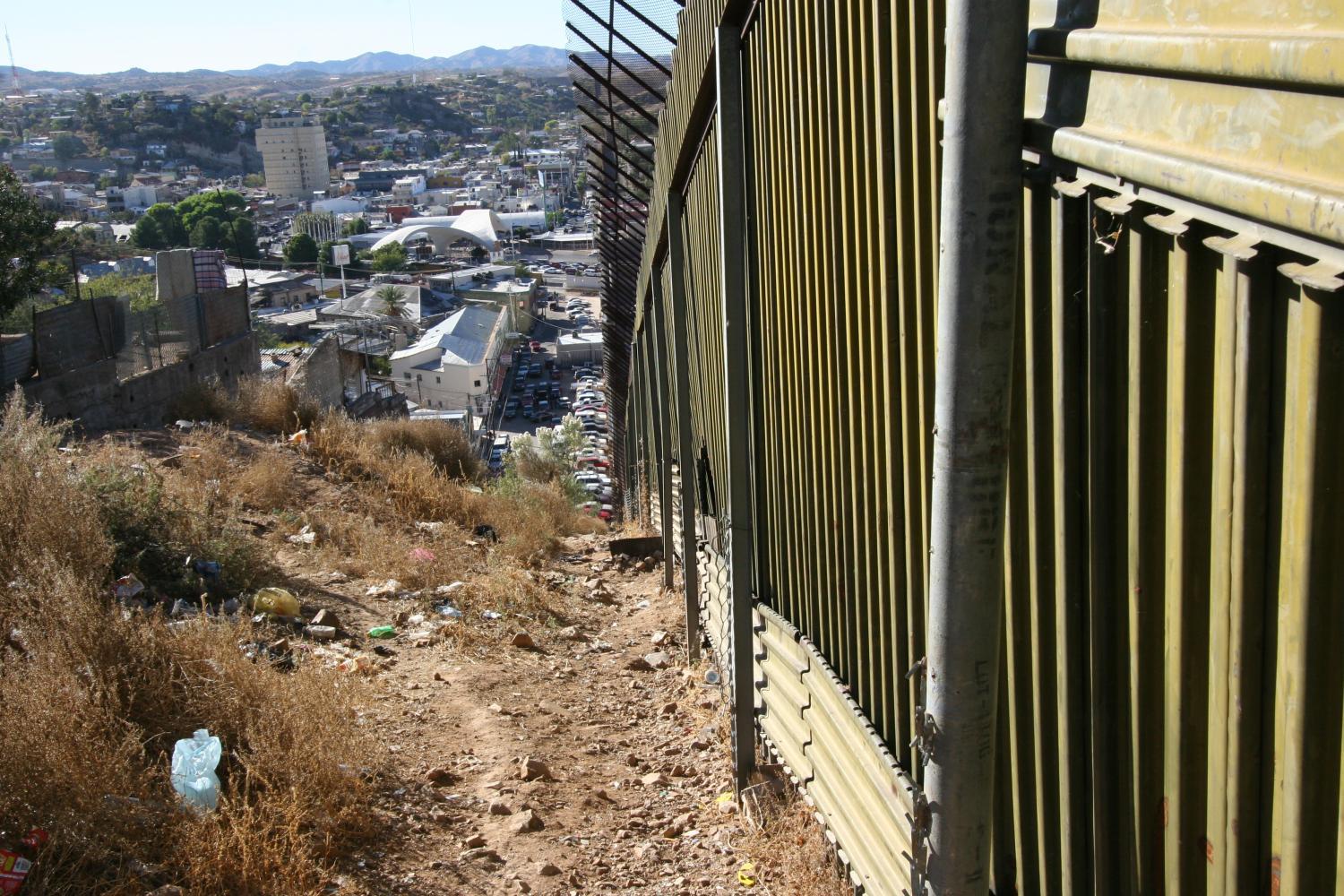 Michel Marizco/KJZZ
The initial upgrades to the border wall in Nogales under the Secure Fence Act of 2006 replaced the landing mat platforms installed during President Bill Clinton.

Arizona’s only Latino sheriff was born in Mexico and raised on the U.S border. He will retire at the end of the year. And no part of the border county that’s elected him seven times has changed as drastically as the border wall dividing the region from Mexico.

When Sheriff Tony Estrada started as a street cop in Nogales in 1966, American border enforcement in the small town largely hinged on local crime transpiring across a chain link fence. 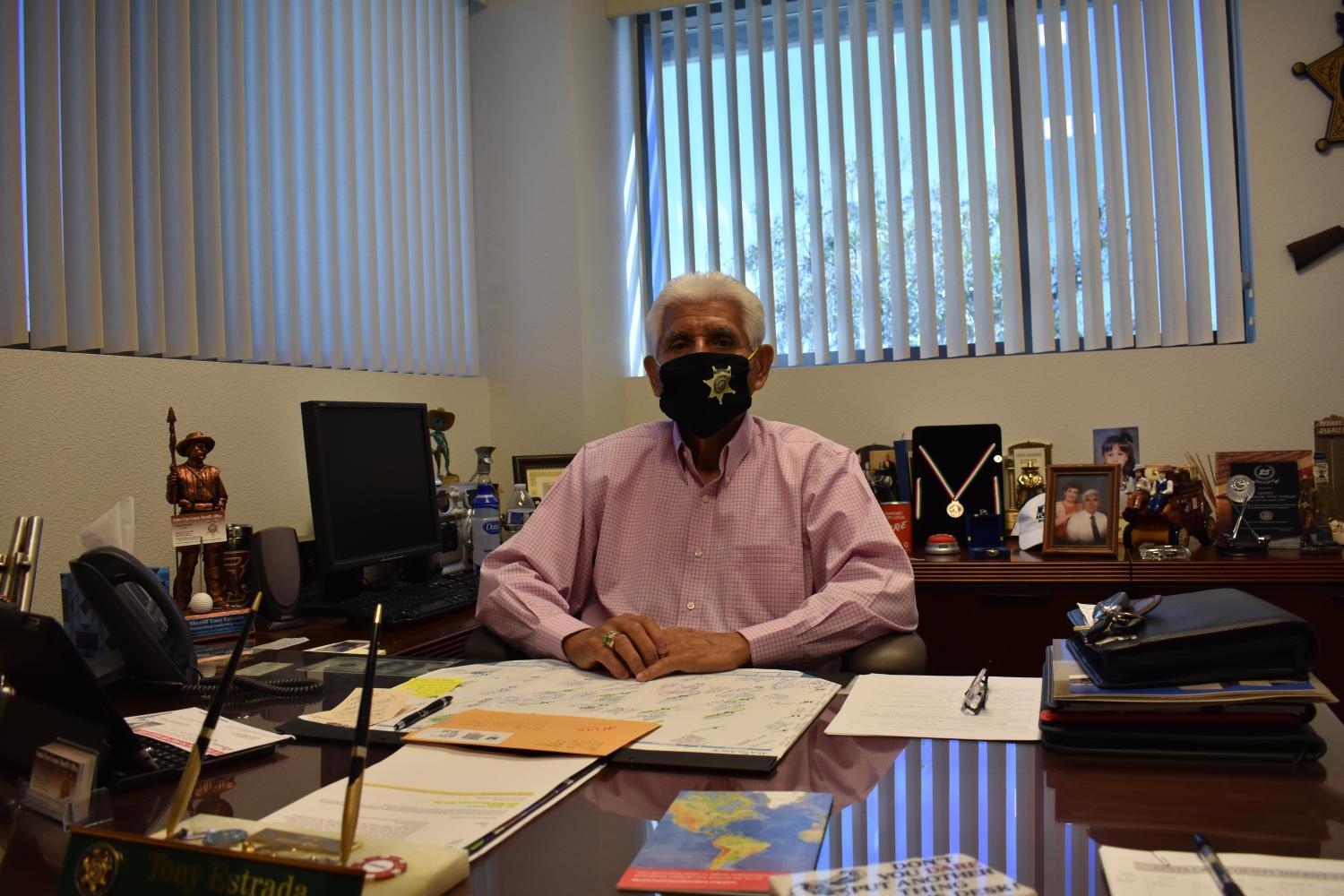 President Lyndon B. Johnson had only signed the 1965 immigration bill that reunited immigrant families and drew skilled workers a few months before, promising:

"This bill says simply that from this day forward those wishing to immigrate to America shall be admitted on the basis of their skills and their close relationships to those already here."

A newspaper archive from the era describes a 3,700-foot-long chain link fence that was erected in what’s now the ghost town of nearby Lochiel. It was seven feet high and topped with barbed wire.

By the 1970s, Nogales had started evolving into a corridor for larger amounts of drugs, mostly marijuana as U.S. president Richard Nixon declared a war on drugs.

Michel Marizco/KJZZ
A newspaper article about a 1950 border fence project in Lochiel.

"America’s public enemy No. 1 in the United States is drug abuse. In order to fight and defeat this enemy it is necessary to wage a new all out offensive," Nixon promised.

In his 1995 State of the Union, Clinton vowed to hire more border agents. And the first M8A1 matting, relics of the landing mat platforms used in the Vietnam War arrived in Nogales.

"All Americans, not only in the states most heavily affected but in every place in this country are rightly affected by the large number of illegal aliens entering our country," Clinton warned.

"Steel. In the downtown area. Ugly. i called it the iron curtain because that's what it was. It was an iron curtain that we had down there. The federal government never took into account our relationship. Whether it’d be effective," Estrada said.

And with it a rise in agents and technology. The number of U.S. Border Patrol agents in Nogales and the rest of the country ballooned from about 4,000 when he first took office to 20,000 today.

Estrada credits the agency with reducing crime in the county’s biggest city. But smuggling didn’t stop; he points out that yet another drug tunnel was recently discovered between the two cities.

Ten years ago, the border wall shifted again. First under President George Bush and then under President Barack Obama, the federal government tore down the old landing mats and replaced them with 18 foot high bollards in Nogales. Obama lambasted Congress to produce immigration reform in 2010. 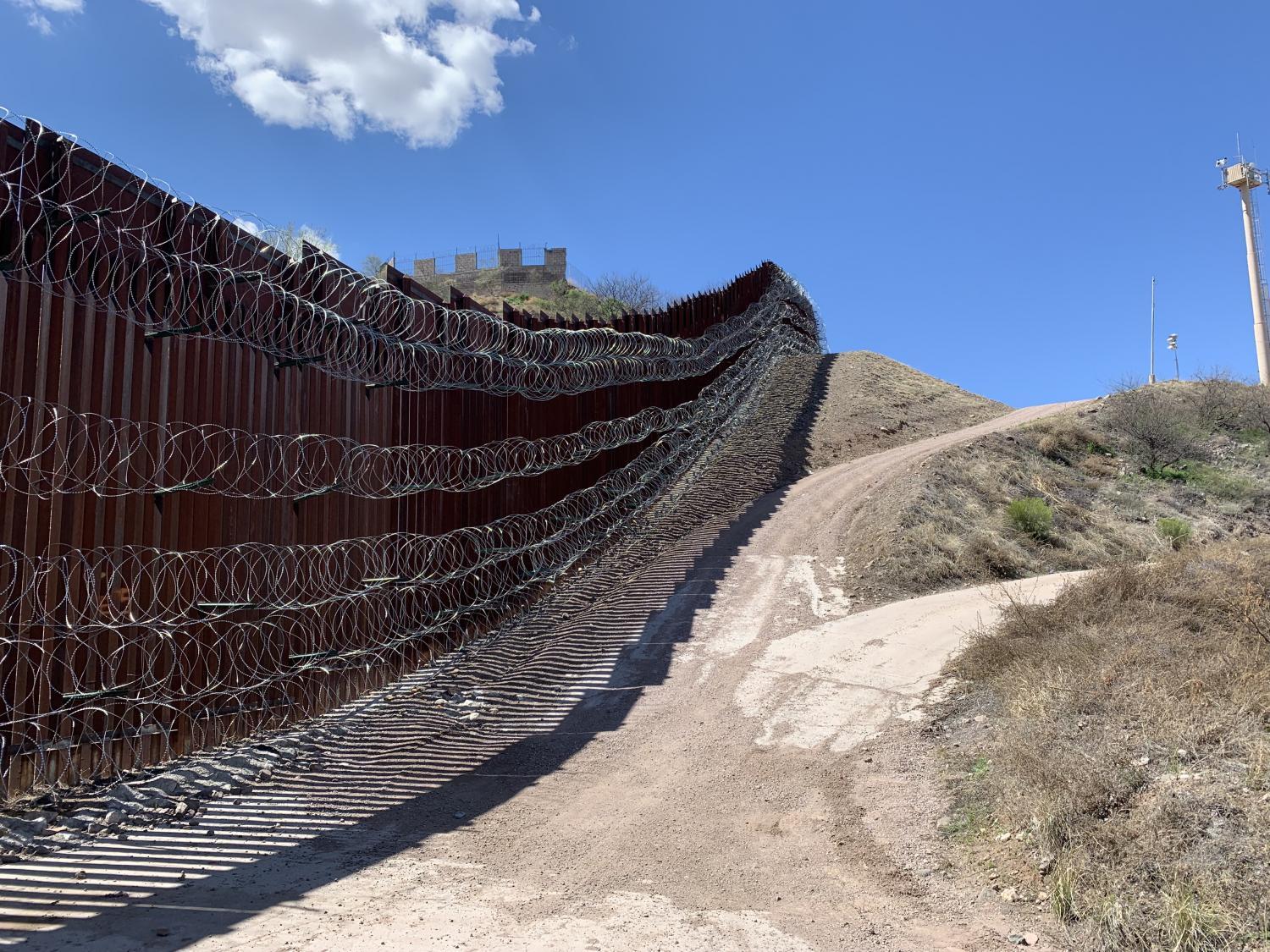 "But our borders are just too vast for us to be able to solve the problem only with fences and border patrols. It won’t work," he said.

"We need strong barriers and walls. Nothing else is going to work. Everyone knows it," he said during a 2019 speech as the U.S. government was starting to lift out of the longest partial government shutdown in U.S. history over funding for the new border wall.

Estrada criticizes Trump for escalating the border wall beyond anything his predecessors had built.

"They went and put that razor wire," he said.

In late 2018, the U.S. military wrapped the border wall around Nogales in coils of gleaming razor wire, saying it was needed to stop people from climbing over. The wire stretches the length of the existing 180foot-high bollard walls erected along Ambos Nogales.

"You know what, we treat livestock better than we do human beings. We do not put razor wire on livestock," Estrada said.

The outgoing sheriff has spent his last years in office publicly condemning the president’s immigration policies.

So far, the candidates for his seat haven’t been vocal about the federal management inside the southernmost line of Santa Cruz County.