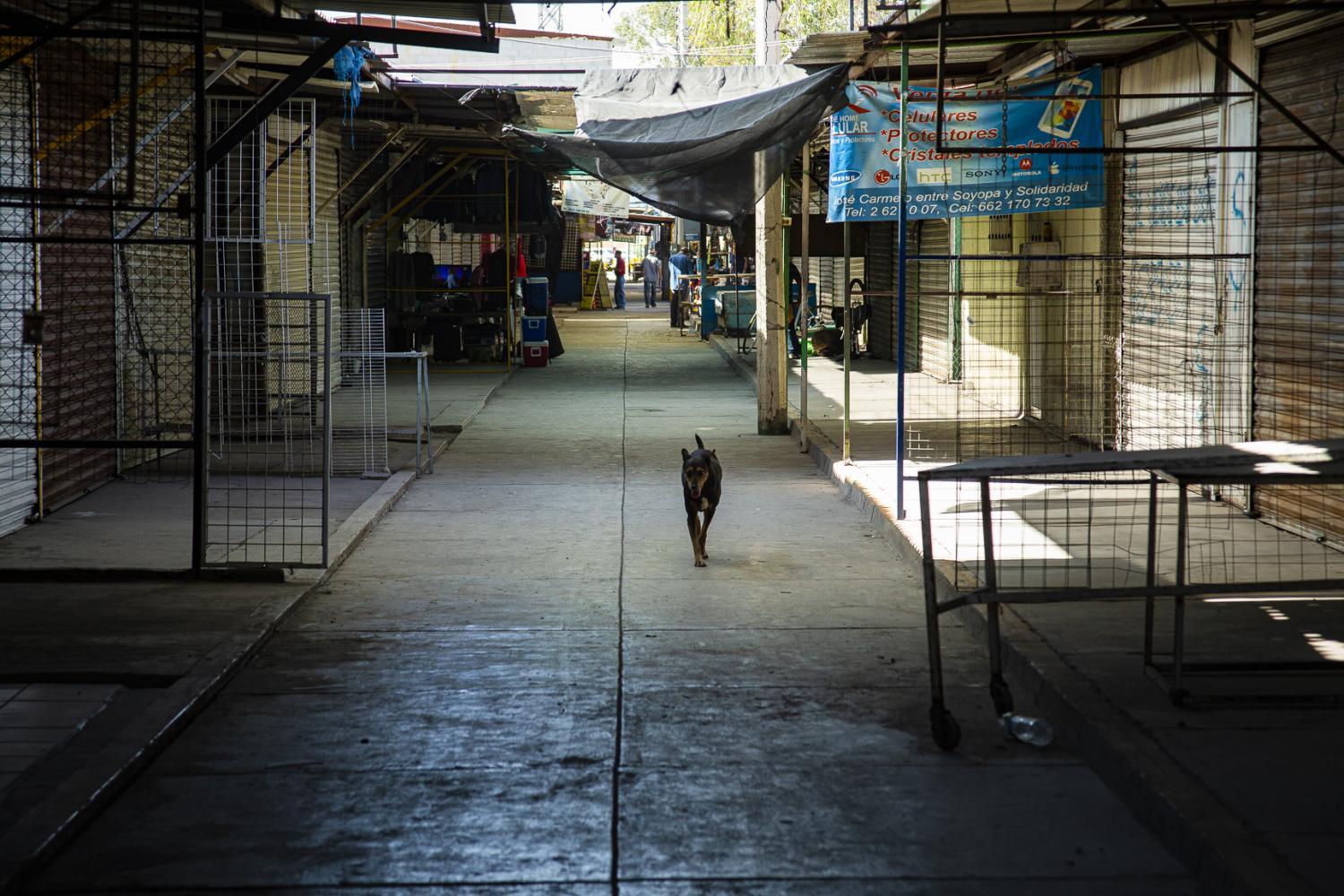 Murphy Woodhouse/KJZZ
On a recent weekday, the Hector Espino Tianguis was almost empty.

On a typical pre-pandemic weekend, the Hector Espino tianguis — or flea market — is teeming with buyers and sellers. But on a recent pandemic weekday, it was all but dead: most of the roll-up doors were down, and the smattering of shoppers were outnumbered by shopkeepers.

Tianguista Benito Encinas was helping a potential customer track down a lawnmower. A fan was running to keep cool on the unseasonably hot November day.

“They didn’t give you a price?” Encinas asked.

“No, they didn’t have one,” the man responded.

That’s because most tianguistas haven’t been able to cross to Arizona to buy second-hand merchandise for months. Normally lawn mowers and other household tools are easy to come by, according to Encinas. 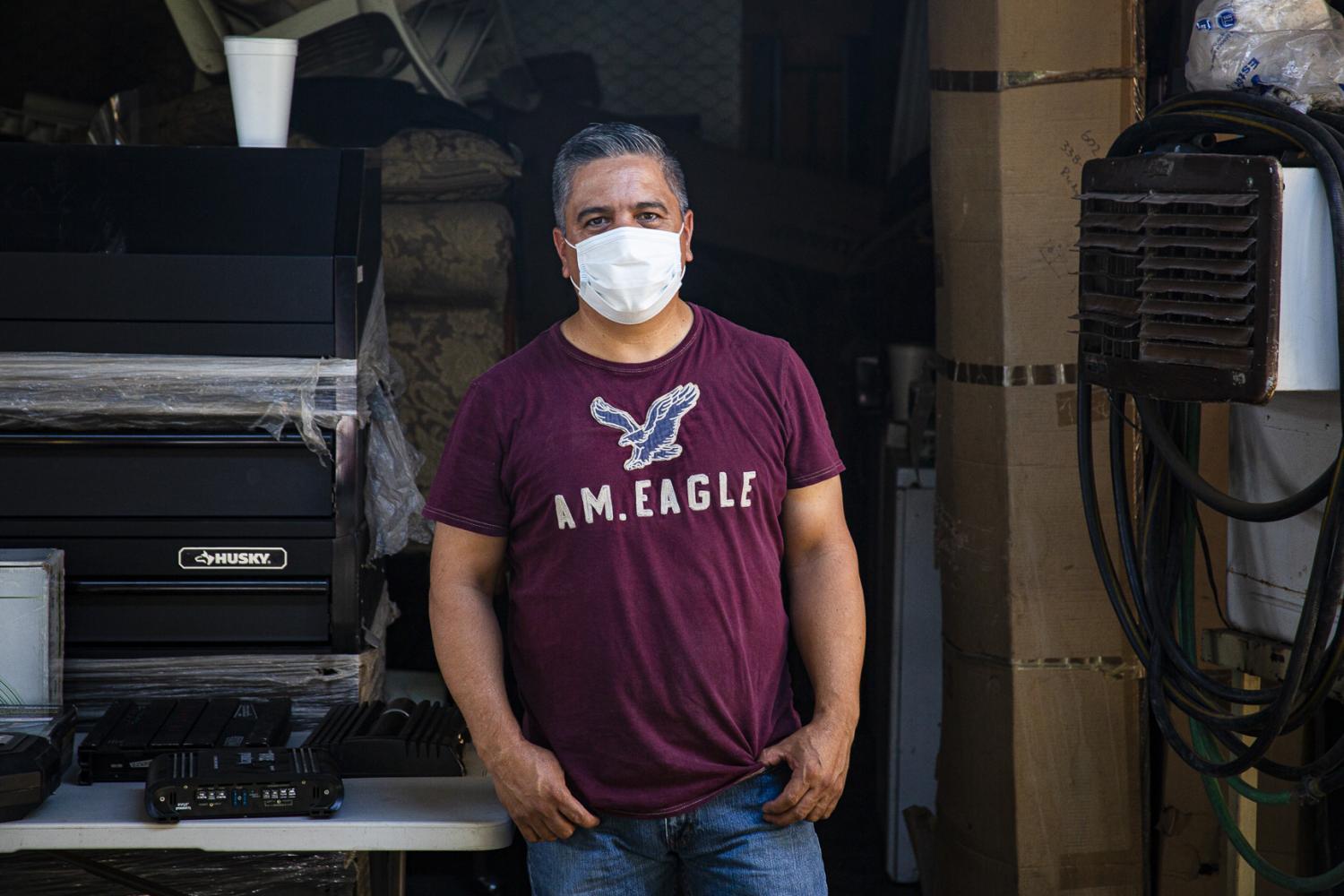 Murphy Woodhouse/KJZZ
Benito Encinas has a shop at the Hector Espino Tianguis. With the ongoing pandemic and border restrictions, his industry has been hit hard.

“It was March, like the 15th,” Encinas said of the last time he crossed.

That came just days before restrictions went into effect for northbound crossers: U.S. citizens and legal permanent residents, as well as those involved in cross-border commerce, weren’t impacted. But tianguistas like Encinas have been effectively shut out from their main supplier.

“It’s principally because there’s no merchandise,” he offered as an explanation for the slow business over the two months since he was able to reopen."

But it’s also due to the fact that many are struggling financially, like him, forcing would-be customers to prioritize necessities, like putting food on the table.

“In Mexico before the pandemic, the informal sector was about 56 percent” of the workforce, said economist Norma Samaniego, who specializes in labor markets.

Informal workers are a diverse group that includes street food vendors, domestic workers, unregistered small businesses and many others. What they share is low pay and few benefits, according to Samaniego.

More than 90% of job losses in Abril were estimated to be informal, according to a recent paper by Samaniego. As anti-epidemic measures eased, informal jobs returned much more quickly than formal jobs, according to Samaniego. But cases have again been rising in recent months, and tighter restrictions are returning.

Unlike many countries around the world, Samaniego said that few measures have been implemented in Mexico to specifically address the economic fallout from the pandemic, though some existing programs have provided support. While some are concerned about the financial implications, she said the country could do more, like a temporary basic income for informal workers, enough to cover necessities without work.

“I think that could be done,” she said. 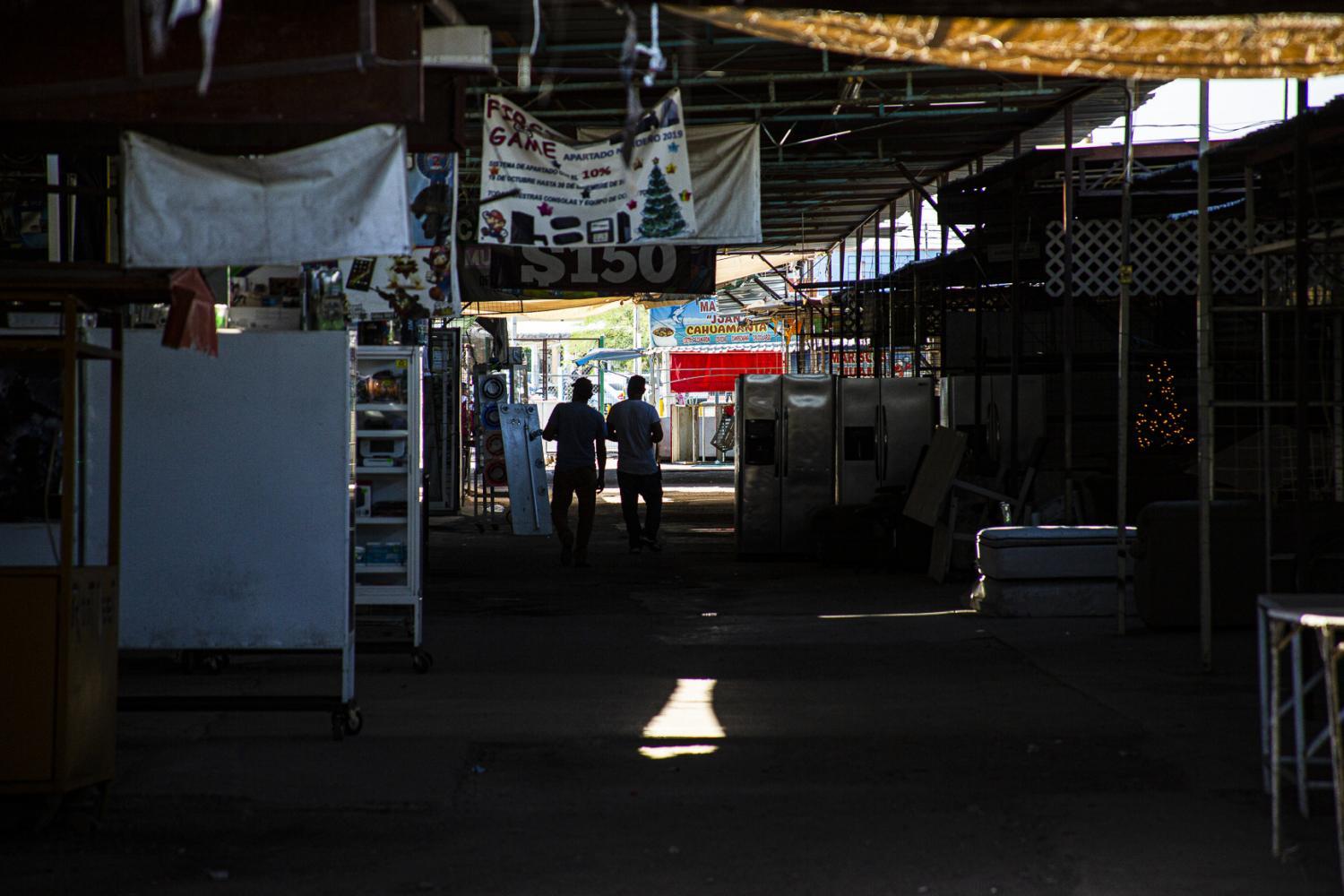 Murphy Woodhouse/KJZZ
There were almost no shoppers at the Hector Espino Tianguis on a recent weekday.

In mid-October, dozens of informal workers protested in front of the state Congress. They eventually forced their way through the front doors, as seen in a video from Sonoran outlet Diario Valor.

“It was in response to COVID,” said Luis Rodriguez, head of the Common Front of Tianguistas and Self-Employed Workers, which now represents several thousand. “COVID-19 united us.”

Rodriguez said that organizing has put them in a better position to raise awareness of the importance of informal workers, especially among authorities. Among the demands they brought to legislators were the inclusion of support for self-employed workers in the state budget, and access to health care, retirement and housing benefits. 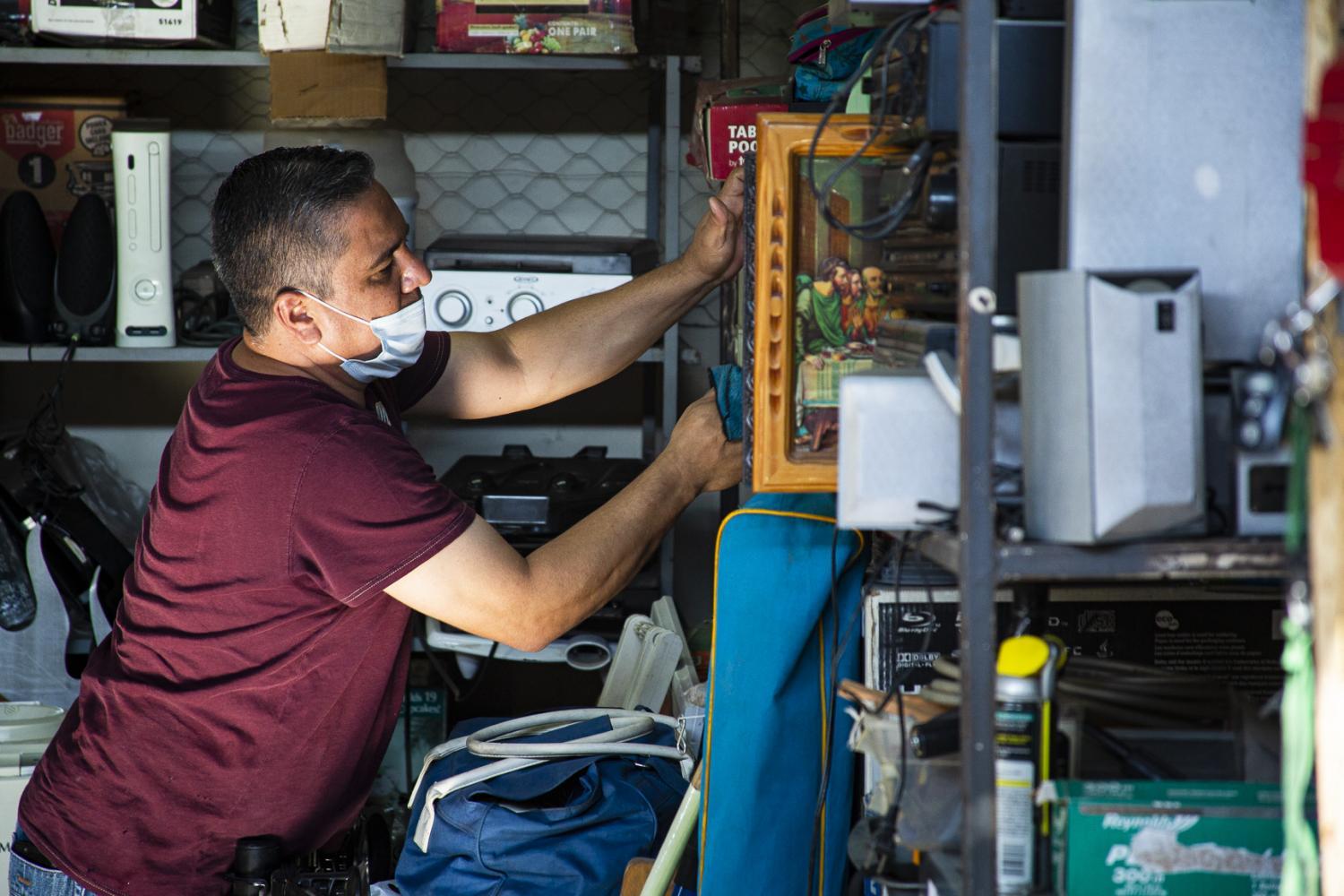 Murphy Woodhouse/KJZZ
Benito Encinas does what he can to keep his merchandise clean.

After the protest, Rodriguez said that a commission composed of deputies, state government representatives and informal workers was formed to address those demands.

But there’s been little progress on another key demand: allowing tianguistas to cross into the U.S. to restock.

“There’s disinterest on the part of the Ministry of Foreign Affairs,” he offered as an explanation.

Even though there are few customers, Encinas still tries to keep his merchandise clean. Sporting a mask, and with hand sanitizer at the ready, he also does what he can to keep himself safe, but said he still feels he’s at risk.

“If there’s another shutdown,” he said. “We’re going to have to look for other work.”

The same goes if he’s not able to cross into Arizona soon.