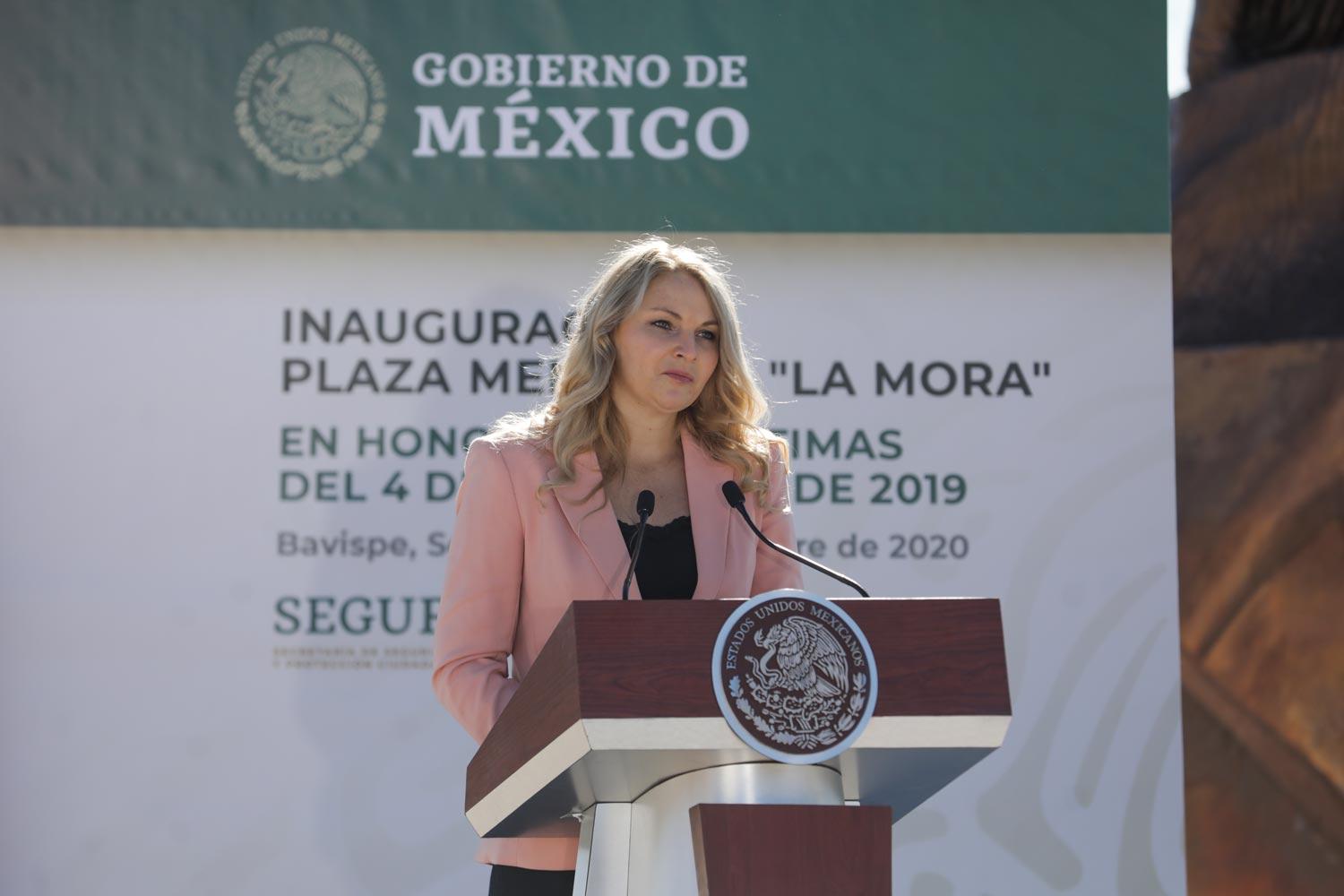 Mexico’s president is in neighboring Sonora this week to inaugurate a memorial dedicated to three women and six children — all dual U.S.-Mexican citizens — massacred in an ambush on a rural road near a small community just south of the U.S. border last year. 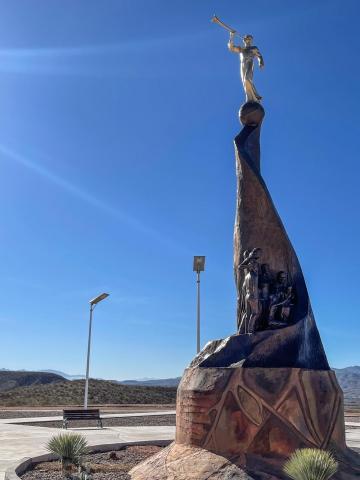 Gobierno de México
An angel sits atop the swirling bronze column with the figures of nine women and children at the bottom. It's a monument honoring the victims slain in an ambush by drug cartel assassins on Nov. 4, 2019.

A towering bronze statue depicting nine women and children, and topped with an angel, is the centerpiece of the La Mora Memorial Plaza. It honors victims massacred by suspected cartel members on Nov. 4, 2019, near the community of La Mora.

"This monument isn't so much to honor the memory of our loved ones and all of these innocent lives lost, but to honor their lives and how they lived," said Amber Ray, sister of one of the victims, during an inauguration ceremony Thursday. "It's also a reminder that even in a great tragedy, we can unite and defend ourselves and the lives of the innocent."

Mexican President Andrés Manuel López Obrador promised to continue seeking truth and justice in the case, and thanked family members for their confidence in the process, "despite their pain." Earlier in the day, officials said they have arrested 17 suspects and have warrants out for the arrest of 15 more.

However, some of the victims’ family members have been frustrated with the government’s investigation so far and Mexico's high levels of impunity for violent crimes.

A plaque in the plaza dedicated the monument to "all of the innocent victims of cartel violence in Mexico." And lists the names of those who died: Dawna Ray Langford, Roger Jay Langford, Trevor Harvey Langford, Christina Marie Johnson, Maria Rhonita Miller, Krystal Bellaine Miller, Howard Jacob Miller, Titus Alvin Miller and Titaina Gricel Miller. It also lists the names of the eight children who survived the attack. 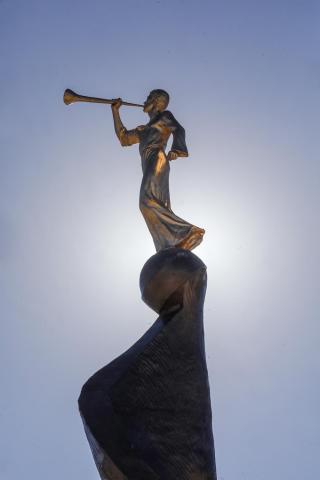 Gobierno de México
The Angel Moroni atop the monument represents the belief of the American-Mexican families of the La Mora community, who have lived in this part of Mexico for generations, and consider themselves Mormon. Moroni is an important figure in their religion.
Fronteras Sonora