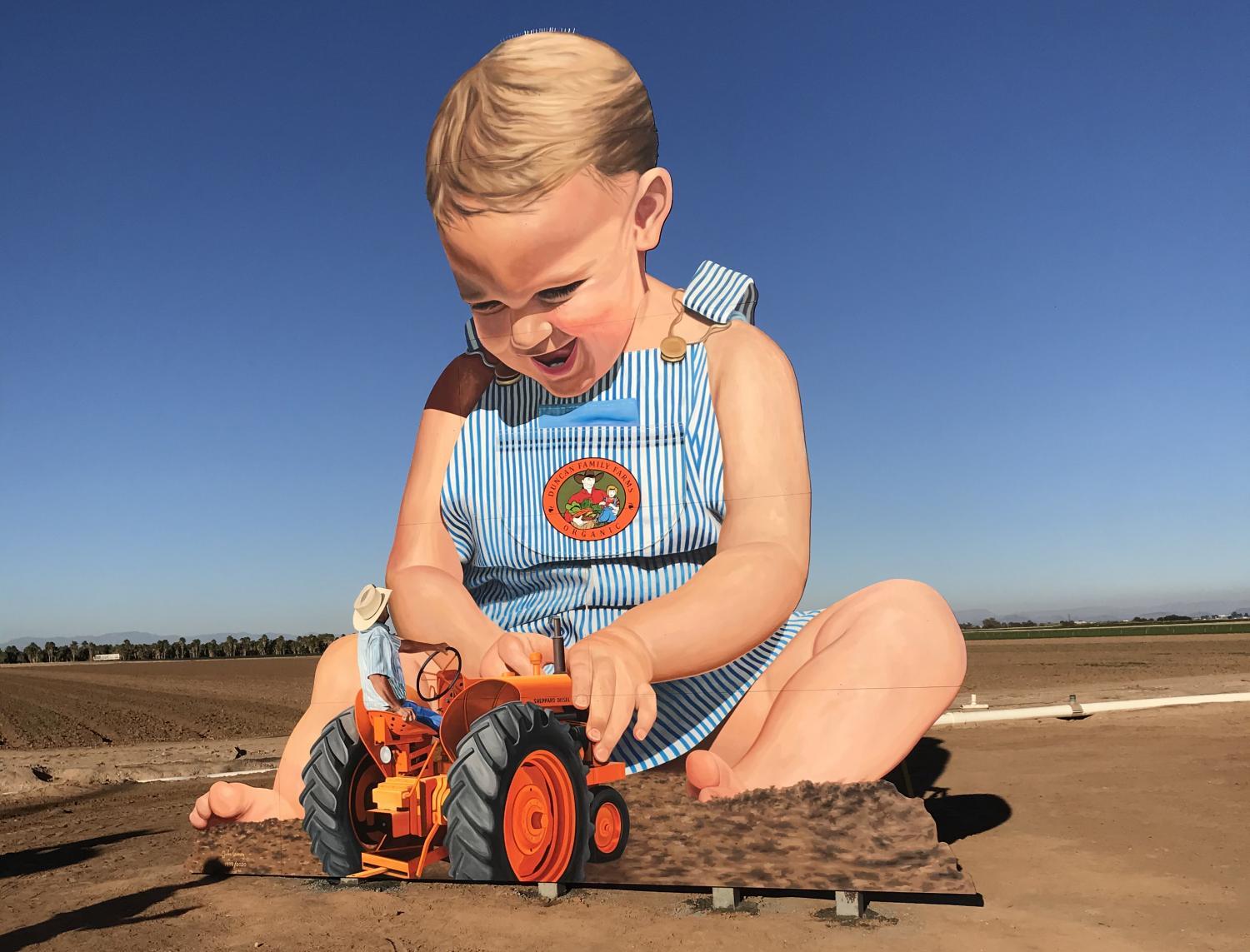 Back in January, a KJZZ listener asked what happened to some giant roadside signs — including a large baby — that once stood off Interstate 10 in the West Valley through our Q&AZ project.

This week, we finally have an answer.

On Dec. 21, Goodyear-based Duncan Family Farms announced that the baby is back.

Anyone traveling to California from the Valley in the 1990s would probably recognize the super-sized toddler playing with a tractor on the side of the road. It was erected on the north side of Interstate 10 and Cotton Lane by Duncan Family Farms to advertise their public tours. It was taken down several years ago because of I-10 construction.

Patty Emmert, community relations and marketing manager, said the farm worked with John Cerney, the original artist, to restore the large cutout. The inspiration for Big Baby was Jaymee Lawton, the daughter of a Duncan Family Farms employee.

“Shout out to my darling daughter, Jaymee Lawton, for sitting in as the Big Baby model for this 23 years ago!” her mom, Kandi Lawton, posted on Facebook this week.

Emmert said Duncan Family Farms has been overwhelmed by the positive feedback.

“We’re super humbled at the response,” Emmert said Wednesday. “It’s really cool to see what an impact it has made.”

Duncan Family Farms started operations in the West Valley in 1985 and primarily grows organic lettuce and other greens. The farm, which is still family-owned, has since expanded its operations to California, New York and Oregon.