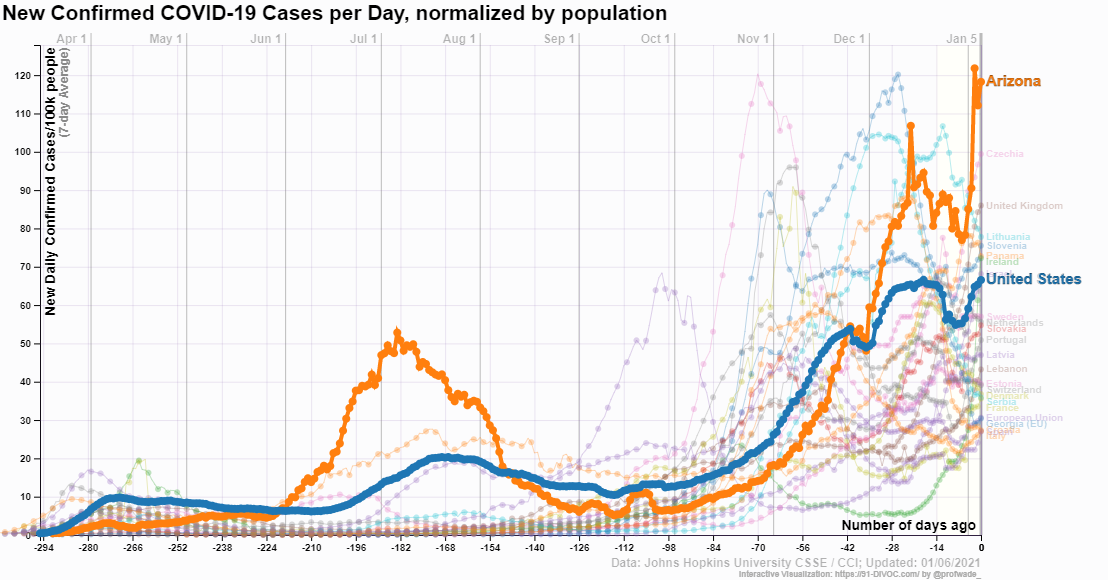 91-DIVOC
A graph of new confirmed COVID-19 cases per day, normalized by population, that compares Arizona to the United States as a whole, as well as other countries.

For a second time, Arizona is leading the world with the highest average of COVID-19 infections per capita — that’s according to data from John Hopkins University. Over the last seven days our state has seen 785 cases per 100,000 people.

By comparison, the Czech Republic, the country with the highest rate of infection per capita, is seeing 653 cases per 100,000 over the same seven-day period.

On Wednesday, the state reported more than 7,200 new infections with 127 new known deaths.

Hospitals across Arizona are feeling the strain as both inpatient and ICU bed usage are at 93%. Leading up to the New Year’s holiday, some Phoenix-area hospitals began to temporarily stop incoming emergency transports and hospital transfers due to the overwhelming patient numbers.

For more about what hospitals are seeing now, The Show talked to Dr. Richard Gray, CEO of Mayo Clinic in Arizona.