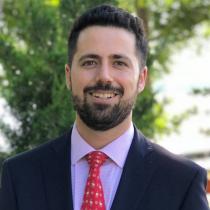 MEXICO CITY — A riot by thousands of pro-Trump protesters in the U.S. Capitol in Washington, along with the clashing electoral process this year, has left many political analysts around the world perplexed. But can we expect an impact from it in Latin America and particularly in Mexico, our neighboring nation and main trading partner?

Antonio Michel is a foreign affairs analyst and researcher from the Instuto Tecnológico Autónomo de México (ITAM) in Mexico City. He said the riots prove how weakened democracy is in the U.S, and could lead to a domino effect worldwide.

“If we see that the beacon of democracy is going through a very tough crisis and that has seen its institutions undermined, that will also send some mixed messages,” said Michel.

He said Mexico could face similar tensions this year during the June elections, as a clear divide exists between supporters and opponents of the president.

Michel says that for Mexico it is imperative to have a solid U.S. democracy.