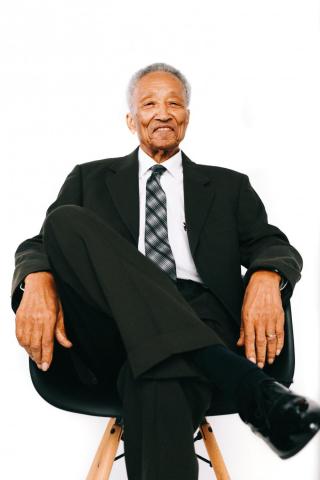 About 20 minutes after the Zoom link went live, racist slurs were shouted while Mayor Kate Gallego was paying tribute to Calvin C Goode. Often called the "conscience of the council," he was Phoenix’s second African American council member and served a record 22 years. During his time on the council, Goode advocated for youth programs and job training. His public service continued with nonprofits and neighborhoods groups until his death last month at the age of 93.

In a tweet, Mayor Gallego said, “This is horrific and does not represent the values & commitment of our community. I am determined to continue Vice Mayor Goode’s fight."

Today, at approximately 10:20 a.m., a virtual funeral service for Vice Mayor Calvin Goode’s was disrupted when unknown persons were heard making derogatory and racial comments.   The Phoenix Police Department has been made aware of the incident and after speaking with the FBI the [Phoenix Police] Department will be the lead investigative agency.

This type of language and disruption is unacceptable and only divides our community. We are committed to working with our community in identifying the person(s) responsible for this act.

If anyone has information regarding this please call police to remain anonymous, call Silent Witness (480)WITNESS or (480)TESTIGO.

After the service resumed, one of Goode’s granddaughters shared this memory: “The thing I remember most about him was how warm and strong his hands were. Whenever I would hold his hands, his hands were always warm and strong and even when he would kiss me on the cheek- he was just a very loving grandpa.”

Goode’s son, Jerold Goode, called his father’s public life a ministry: “That’s his legacy - humility  and serving others, no matter how great they were, how small, he treated everybody the same because by the grace of God we are where we are in life.”

Councilman Michael Nowakowski sent this statement: “The hate act that occurred during the celebration of life for Vice Mayor Goode today was atrocious and unforgivable. Vice Mayor Goode was a civil rights icon in the community and in the history of the City of Phoenix. We must do better. As the chair of the Public Safety and Justice subcommittee, I am working closely with Phoenix Police to find the parties responsible for this and prosecute them to the fullest extent of the law.”

A statement from Councilmember Carlos Garcia said: What happened at Vice Mayor Goode’s virtual funeral is despicable. Calvin Goode was a giant in this community. He fought back against bigotry for 93 years. We will continue the fight and send our condolences to his family who had to endure this attack. Rest in Power Calvin Goode!”

“I am disgusted by the despicable, racist behavior of whoever hacked the memorial service of former Phoenix Councilman Calvin C. Goode. I am deeply sorry Mr. Goode’s family experienced this. We condemn these acts of hate—Phoenix Police and the FBI are investigating this atrocious act.

Mr. Goode was an honorable man, a good person, and someone who leaves behind a legacy of service to the community. Mr. Goode served a record 22 years on the Phoenix City Council. Phoenix honors you, Mr. Goode, and thanks you for your dedicated service.”

“As friends and family gathered virtually to commemorate the inspiring life and leadership of Vice Mayor Calvin Goode, racist hackers used the opportunity to spew their vile hate for all to hear. Make no mistake, the City of Phoenix will use every resource at its disposal to find and prosecute those responsible. Hate has no place in our great city. Vice Mayor Goode knew that and lived a life of purpose to make those words a reality.

I am dismayed by today’s hateful defilement of Vice Mayor Goode’s memorial. I extend my heartfelt condolences to the Goode family for their loss and for today’s attack. I also give them my steadfast commitment that I will continue fighting to make the City of Phoenix a place where discrimination in any form is not tolerated.” 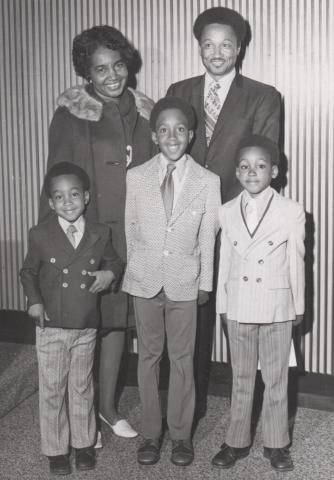 City of Phoenix
In this undated photo, Calvin C. Goode, his wife Georgie and their children celebrate Goode's inauguration to the Phoenix City Council. 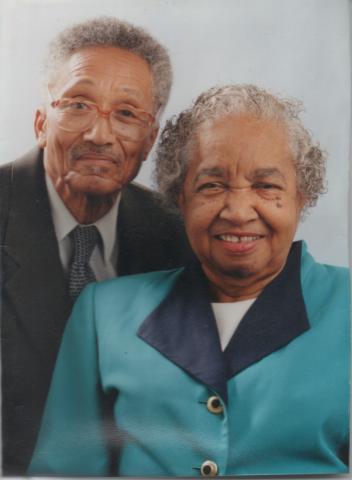