Hunting Concerns Emerge After Reintroduction Of Bison In Northern Mexico 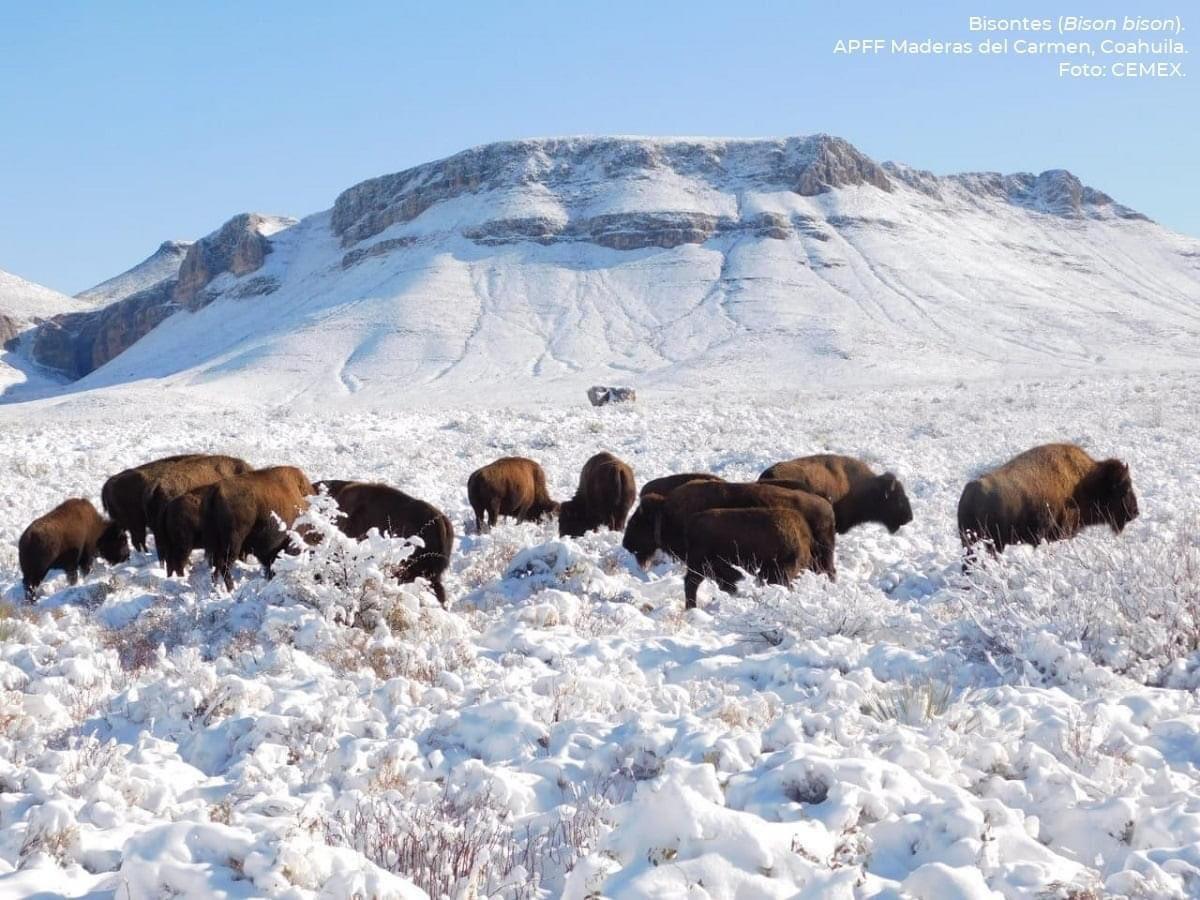 SEMARNAT
A herd of bison was released into a nature reserve in the northern Mexican state Coahuila on Jan. 7, 2021.

Last week, Mexican leaders shared photos of a herd of bison that was successfully reintroduced to a nature reserve in northern Mexico last year, marking the first time in nearly 100 years that bison have roamed freely on Mexican soil. But days later a photo of hunters with what appears to be a dead bison has been circulating on social media, raising concerns for the safety of the large mammals.

Mexico’s Environmental Secretary María Luisa Albores González published photos of bison surrounded by snow last Friday on the plains of the northern Mexican state of Coahuila, in the El Carmen nature reserve where the herd was reintroduced in March.

Federal environmental authorities have released several statements in response to the photos, promising to investigate the situation and sanction anyone found responsible for illegal hunting. However, the head of regional head of Mexico's National Commission of Protected Areas (CONANP) has said the bison in the hunting photo is almost certainly not part of the reintroduced herd but was more likely imported to Mexico by a private hunting ranch.

Millions of bison used to roam North America, but by the late 1800s most were wiped out because of habitat destruction, disease and hunting, according to CONANP. A little more than a decade ago, Mexico began a project to reestablish a population of bison in the country.

In 2009, 23 bison from Wind Cave National Park in South Dakota were reintroduced to the Janos Biosphere Reserve in Chihuahua, where the population has grown to more than 200. Last March, 19 bison from Janos were released into the El Carmen nature reserve in Coahuila, where they were pictured last week in the snow.