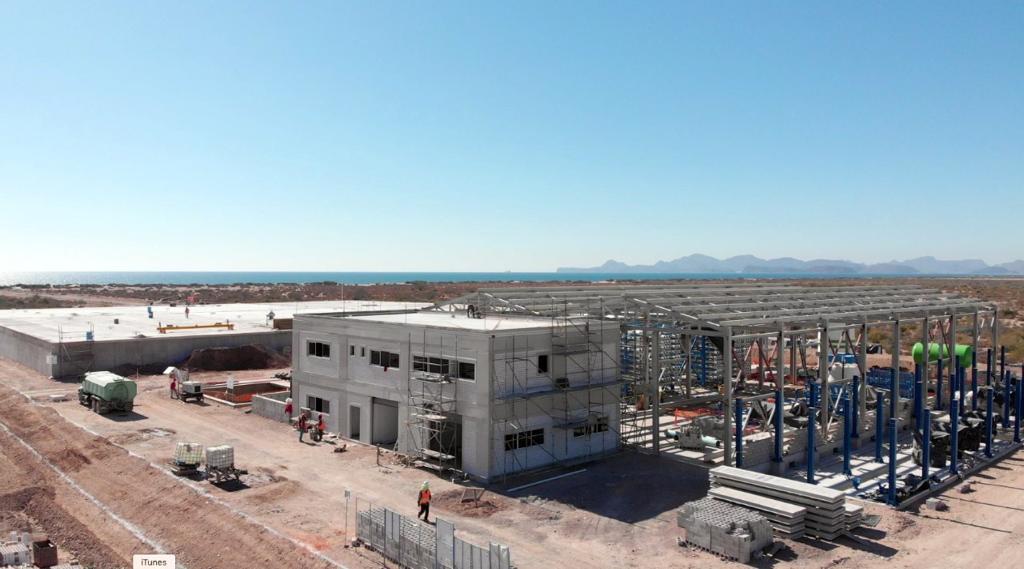 Gobierno de Sonora
A desalination plant in Sonora is now 77 percent complete. The plant is designed to provide water to residents of the coastal municipalities Guaymas and Empalme.

Sonora’s state water commission announced this week that a water desalination plant on the El Cochórit beach on the Sea of Cortez is now 77% complete.

The plant is designed to use reverse osmosis to desalinate sea water and provide up to 200 liters per second of drinking water to residents of the municipalities of Guaymas and Empalme. It’s been touted as a solution to the region’s ongoing water shortages.

Construction began in November 2018 on what’s expected to be the first public desalination plant in Sonora. The popular tourist town Puerto Peñasco, or Rocky Point, is also working on a similar project to provide water for its residents.