The U.S. And Joe Biden, Mexico And AMLO: What’s Next? 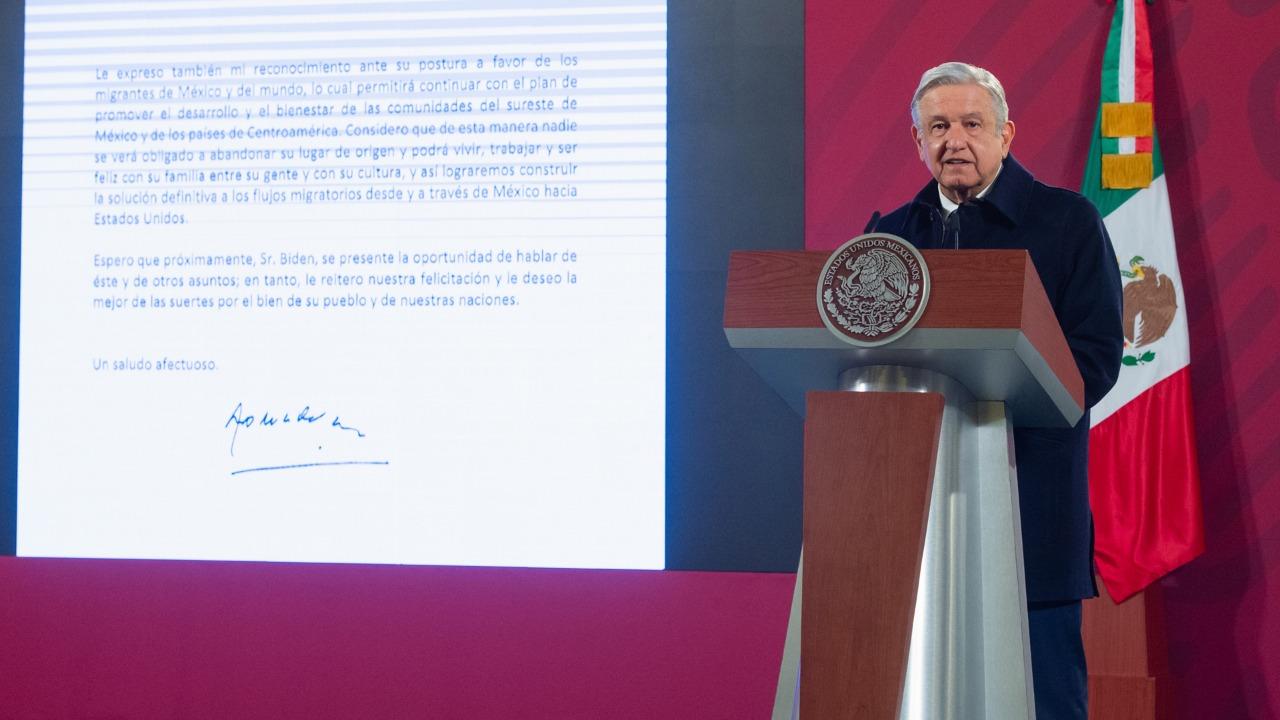 Office of the Mexican President
Mexico's President Andrés Manuel López Obrador shows the letter he sent Joe Biden to congratulate him for his electoral triumph during a press conference in Dec. 14, 2020.

MEXICO CITY — During the first two years of his tenure, the Mexican president had to work with the Trump administration. Now his last four will be working with President Joe Biden. What can we expect?

Mexico’s president has been accused by some — and applauded by others — for the way he conducted the relations of his country with the United States during the Trump administration. Now, with Joe Biden as president, many wonder about the future of the binational relationship.

Mexican President Andrés Manuel López Obrador, or AMLO, was among the few leaders visiting Donald Trump in the White House. He is also one of the last heads of state congratulating Joe Biden on his victory.

And the apparent ambivalence of AMLO has generated concerns on the future of the bilateral relations.

"There won’t be confrontations with President Biden," AMLO said during a press conference. He said Mexico and the U.S. can’t be distant neighbors, with over 38 million Mexicans living in the U.S. and more than a million Americans in Mexico.

The president said economic ties are also essential, particularly as border states, like Texas, California and Arizona, could be economic superpowers by themselves.

The U.S. is Mexico’s top trade partner, and Mexico is one of the two main U.S. trade partners. And trade has been the central issue in the tug of war between both countries. 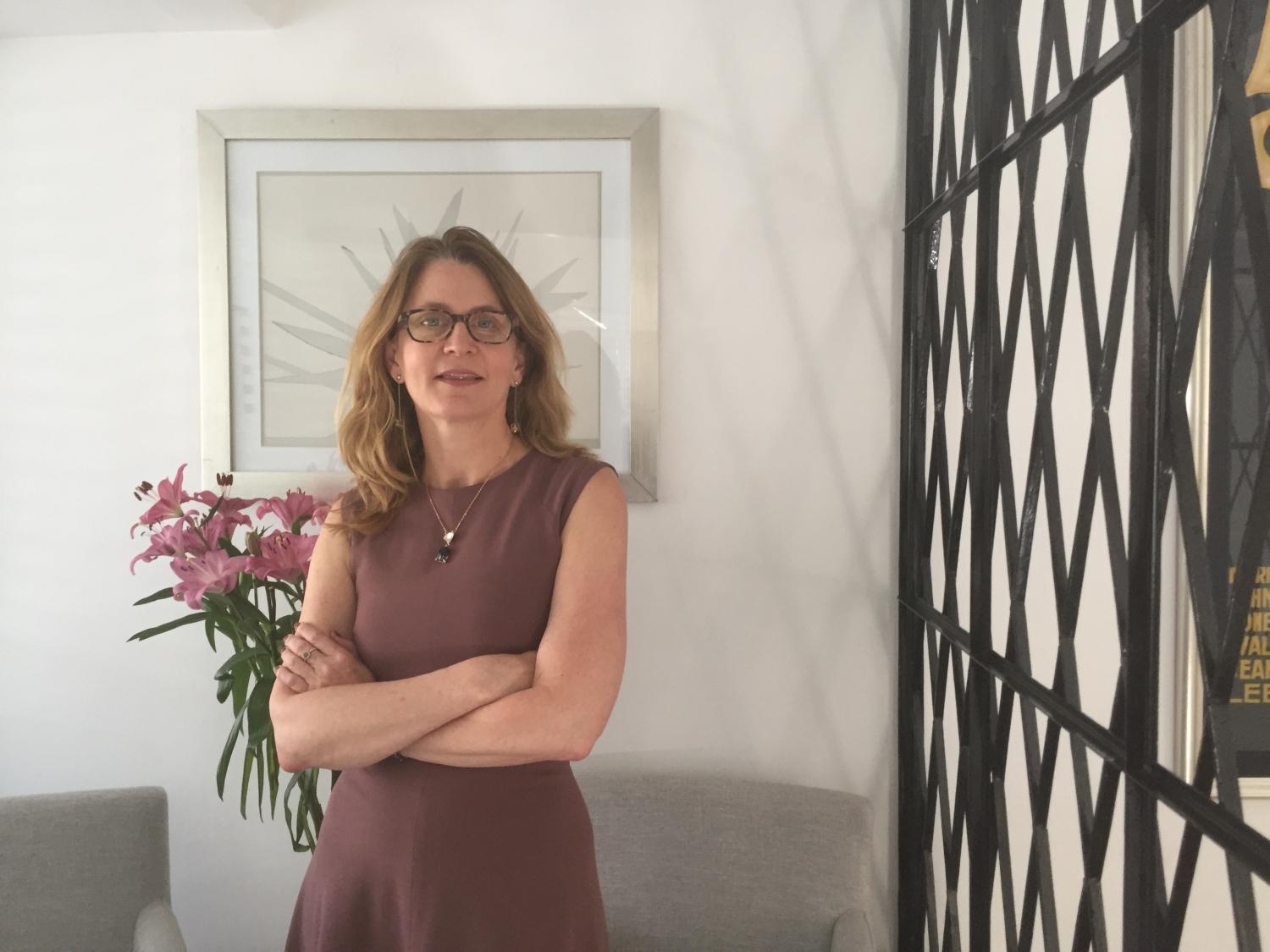 Rodrigo Cervantes/KJZZ
Amy Glover is a political analyst, columnist and partner of a public affairs consulting firm based in Mexico City.

“I would say, to put it nicely, that the relationship has been on ice for the past four years," said Amy Glover, a Mexico-U.S. binational and an international political strategist.

She said Trump used Mexico as a punching bag for internal political purposes, like immigration, while threatening trade tariffs.

“What López Obrador agreed to, under Trump, having refugees stay in Mexico until their status is reviewed, is a major domestic issue for Mexico now,” the strategist said.

The expert said the U.S. government will be focused internally. But she says Biden has experience leading Latin American issues during the Obama administration and an interest to consolidate the North American region as an economic power.

“Biden has said he wants to reestablish solid relations with U.S. allies, and certainly Mexico is a critical partner for the U.S.," said Glover.

The expert said AMLO’s pushback on renewable energies to favor the national oil industry will bring difficult conversations, along with labor issues addressed during the renegotiation of the U.S.-Mexico-Canada Trade Agreement (USMCA).

“I think the U.S.-Mexico relationship is all about power and authority, and who has power to do what," said Heidi Smith, a public policy and economics professor at Universidad Iberoamericana in Mexico. 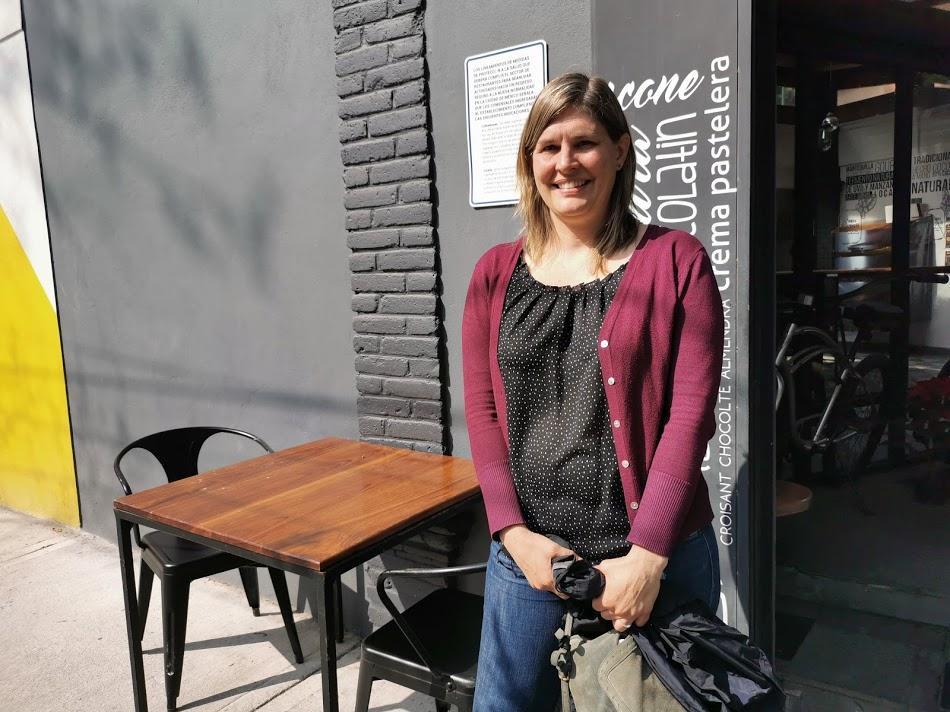 Rodrigo Cervantes/KJZZ
Heidi Smith is a professor at Universidad Iberoamericana in Mexico City.

Smith said the power dynamic and authority might not change under Biden, but it will most likely become more collaborative and cordial, particularly as both presidents promised changes.

“That’s gonna be a way to forge an agenda together to deal with corruption,” the professor said.

For the researcher, immigration issues will ease as Biden has promised to change policies. But trade tensions are expected in industries such as pharmaceuticals, energy, automotive and air, since the rules for many contracts have been changing under the USMCA.

“It’s not a free trade agreement — it doesn’t say free trade — and in reality, we have a very flexible arrangement,” said Smith.

Antonio Michel is a former officer in Mexico’s federal government and currently an international affairs researcher from the Instituto Tecnológico Autónomo de México. He said AMLO and Trump kept a friendly dialogue to sustain the binational relationship.

“They’ve managed to find some common ground in very important subjects, but that does not necessarily translate into a bromance or a very close friendship,” said Michel. 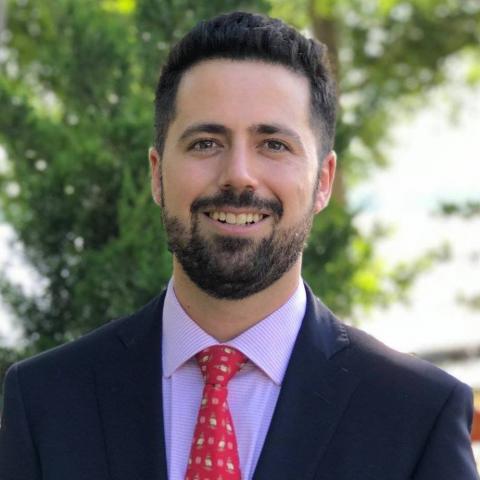 According to the analyst, AMLO didn’t recognize Biden’s victory earlier to keep on good terms with Trump, respect Mexico’s non-intervention policy and even as a deja vu of his own past, when he alleged electoral frauds against him. But he says AMLO hasn’t done anything out of line from previous administrations.

“The bilateral agenda and the dialogue have so many levels and actors that it’s very hard for these two countries to change radically their relationship,” Michel said.

The analyst says it’s a double-edged sword in which both nations need each other, but the Biden administration might prove itself less volatile that Trump’s.

“I do think it’s some sort of continuity of the Obama administration. I’ve read some experts have even dubbed it like Obama 2.0,” Michel said.

The analyst said both countries need a more solid partnership that strengthens their institutions. He says Biden and AMLO are trying to rebuild their countries — and shared problems need shared solutions. 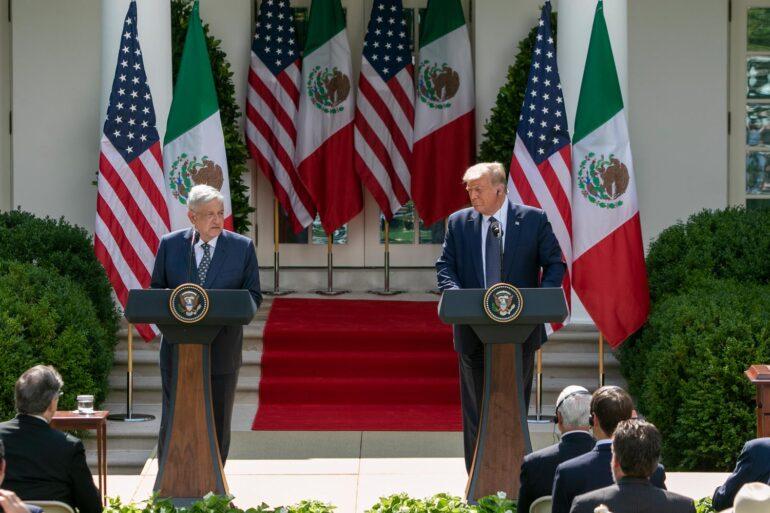 Office of the President of Mexico
Presidents Andrés Manuel López Obrador of Mexico and Donald Trump of the U.S. meeting at the White House in July 2020.
BusinessPoliticsFronterasMexico Sonora