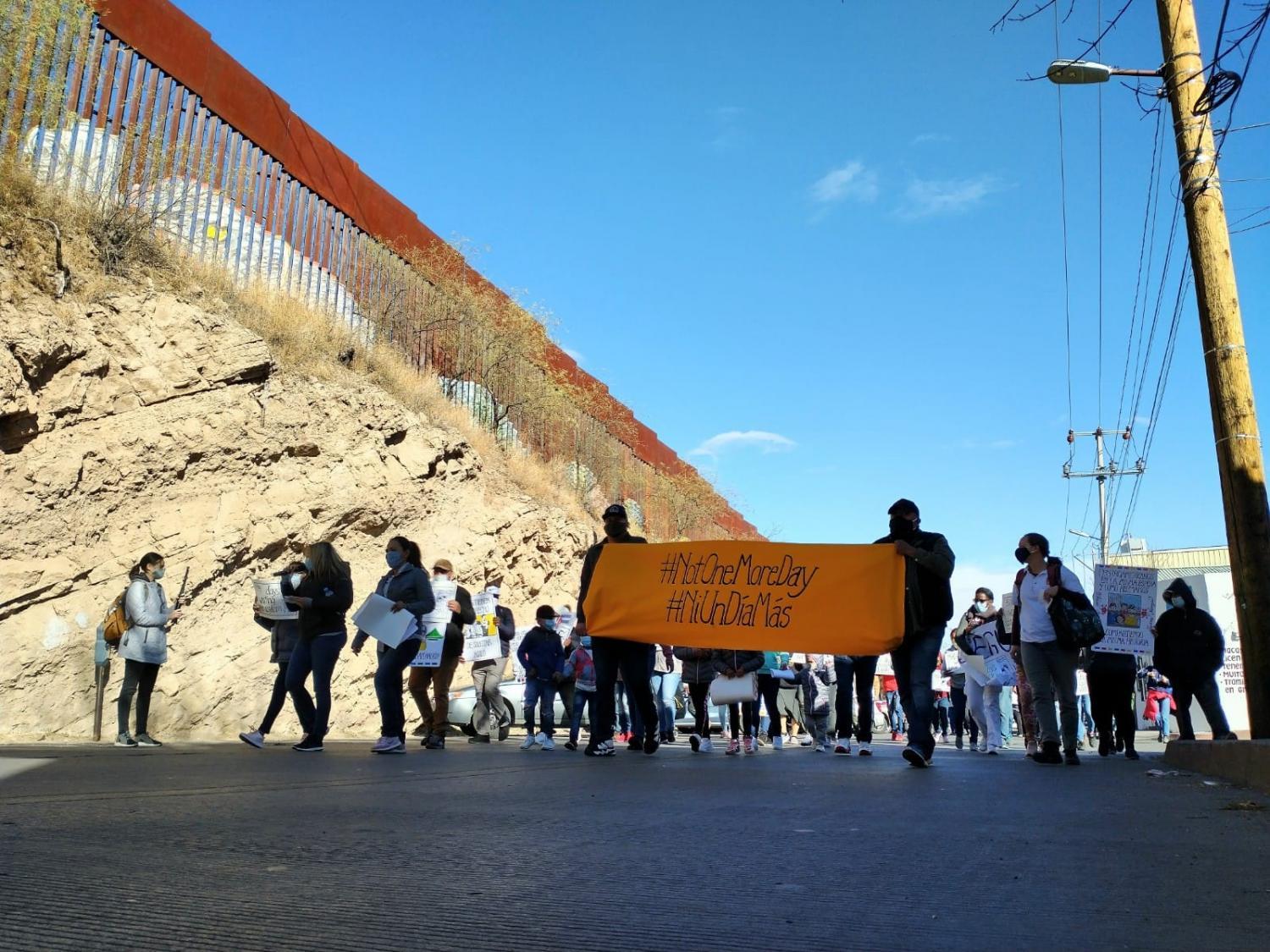 Kino Border Initiative
Migrants and asylum seekers march to the border wall on Jan. 19, 2021, calling on the Biden administration to allow them to access the asylum system in the United States.

President Joe Biden has suspended a controversial Trump administration policy that forced asylum seekers to wait in Mexico for U.S. court hearings. But migrant advocates say that is only the first step to repairing the harm done by the so-called “remain in Mexico” program.

The Department of Homeland Security said it will stop adding people to the Migrant Protection Protocols (MPP), or “remain in Mexico” program effective Thursday, but that pandemic border restrictions that have led to the immediate expulsion of migrants at the U.S.-Mexico border will remain in place.

"What it means, practically speaking, is that new individuals will not be put into the dangerous Migrant Protection Protocol program," said Eleanor Acer, director of research and advocacy group Human Rights First's Refugee Protection program. "What we don’t know is what will happen to them. We also don’t know what the plan is, yet, to bring in individuals who are stranded in the Migrant Protection Protocols to safety in the United States."

Acer said there are still tens of thousands of asylum waiting in Mexico as part of the "remain in Mexico" program.

According to DHS, "current MPP participants should remain where they are, pending further official information from U.S. government officials." And added that migrants outside of the United States "will not be eligible for legal status under the bill President Biden sent to Congress today," because the provision only apply to people already living in the United States.

Acer said she and others hope Biden will provide additional information to asylum seekers enrolled in MPP as soon as possible, noting that many face serious danger and poor living conditions in the border towns where they have been sent to wait.

"It’s critically important for the Biden administration to share, as quickly as possible, detailed instructions for what asylum seekers should do and expect," she said. "Lives are on the line, and asylum seekers continue to be subjected to kidnappings, attacks and other targeted violence."

She also believes its important the the new administration not adopt or extend the pandemic border restrictions that have prevented many migrants and asylum seekers from even asking for relief, calling the policy as "misuse of public health authority" that uses the coronavirus pandemic as a pretext to expel asylum seekers back into Mexico.

"This approach was opposed by CDC experts and has been condemned by leading public health experts," she said. "Instead, the Biden administration and officers in the Department of Homeland Security should uphold U.S. refugee laws and treaties. As U.S. epidemiologists and public health experts have repeatedly explained, the United States can — and should — use common-sense public health measures to process asylum cases in ways that protect the health of asylum seekers and the public, without cruel and illegal expulsions." 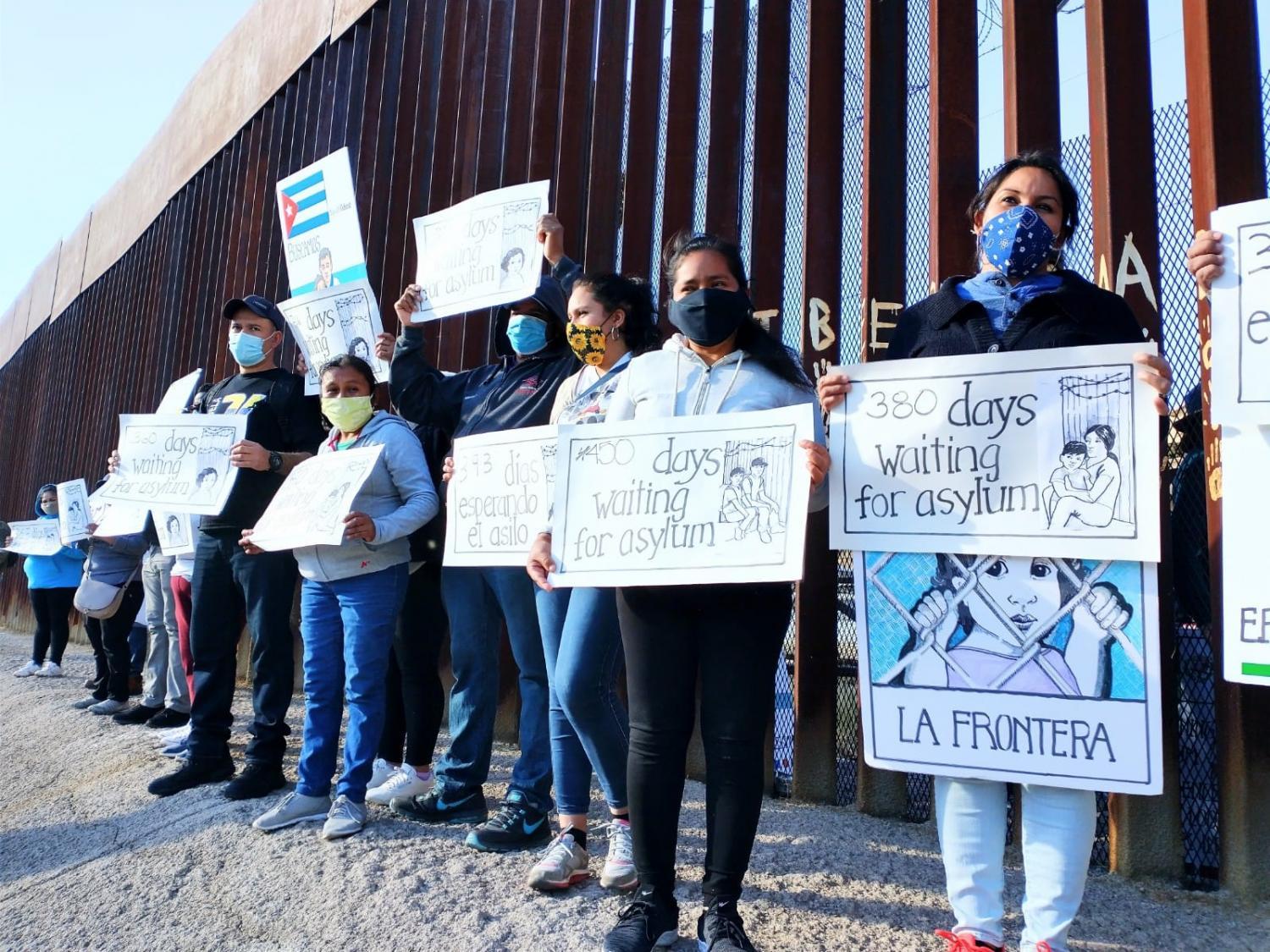 Kino Border Initiative
Migrants and asylum seekers in Nogales, Sonora, march on Jan. 19, 2021, to ask the Biden administration to follow through with promises to end Trump era policies that have effectively cut off access to asylum in the U.S.