Mexico’s Electoral Institute Orders The President To Limit His Conferences 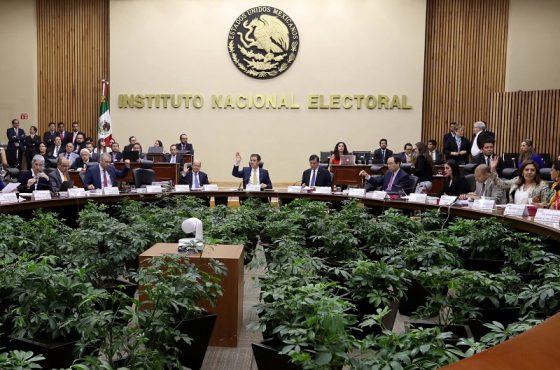 MEXICO CITY — Mexico will hold elections this year, and the law orders all public officials to be neutral and impartial to guarantee a just competition. But this has brought recent tensions between the president and the National Electoral institute, with campaign season poised to start in April.

The Mexican president accuses the institute of trying to censor him by restricting his daily conferences, which are transmitted through the internet.

Lorenzo Córdova, leader of the electoral institute’s council, says that no one is asking him to cancel them, and that freedom of expression is guaranteed.

Córdova says those conferences are used as propaganda, since they promote the government’s accomplishments, favoring the ruling party.

Córdova says the conferences may continue and the media can still report on them. But the institute dictated that the full transmission should be suspended when the campaign season starts, while ordering the president to abstain from any partisan-related comments during the campaign season as well.

Critics of the president say he has forgotten his role as the opposition in the past, when he pushed for those laws to exist.