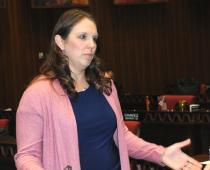 Four bills that would allow exemptions for Arizona schools and teachers as they continue to face challenges during the COVID-19 pandemic received favorable votes in the Legislature’s education committees during their Tuesday meetings.

One bill would exempt schools from receiving a grade for their annual achievement for this school year, and possibly next year as well. Another bill would allow charter school and public school district governing boards to forgo performance evaluations for their teachers and principals this school year if they wish.

Republican state Rep. and Chairwoman of the House education committee Michelle Udall is sponsoring the House version of these bills.

“We ask a lot of our teachers and administrators, all the time, but in many cases they’ve been asked to do the impossible, and so we are trying to relieve some of that pressure and not hold them accountable for things that they have zero control over," she said.

The state, however, would still direct the Arizona Department of Education to collect and publish data on schools’ performance.

“That data tells us how our students are doing. That’s important information for us to know, and we’re going to make sure that that data is still available to parents so they can see how students are doing in different situations," Udall said.

The data can also be used to study the impact the pandemic had on education in Arizona, and whether distance learning worked, she added.

The bills received the votes needed to move forward in the legislative process, but some state senators disagreed that the school grading system should be paused for more than one school year.

Last year, the Arizona Legislature voted to not issue new school letter grades for the 2019-2020 school year and canceled statewide standardized tests. Udall said it's not likely that Arizona lawmakers will support canceling the tests again this year even if a federal waiver is offered.