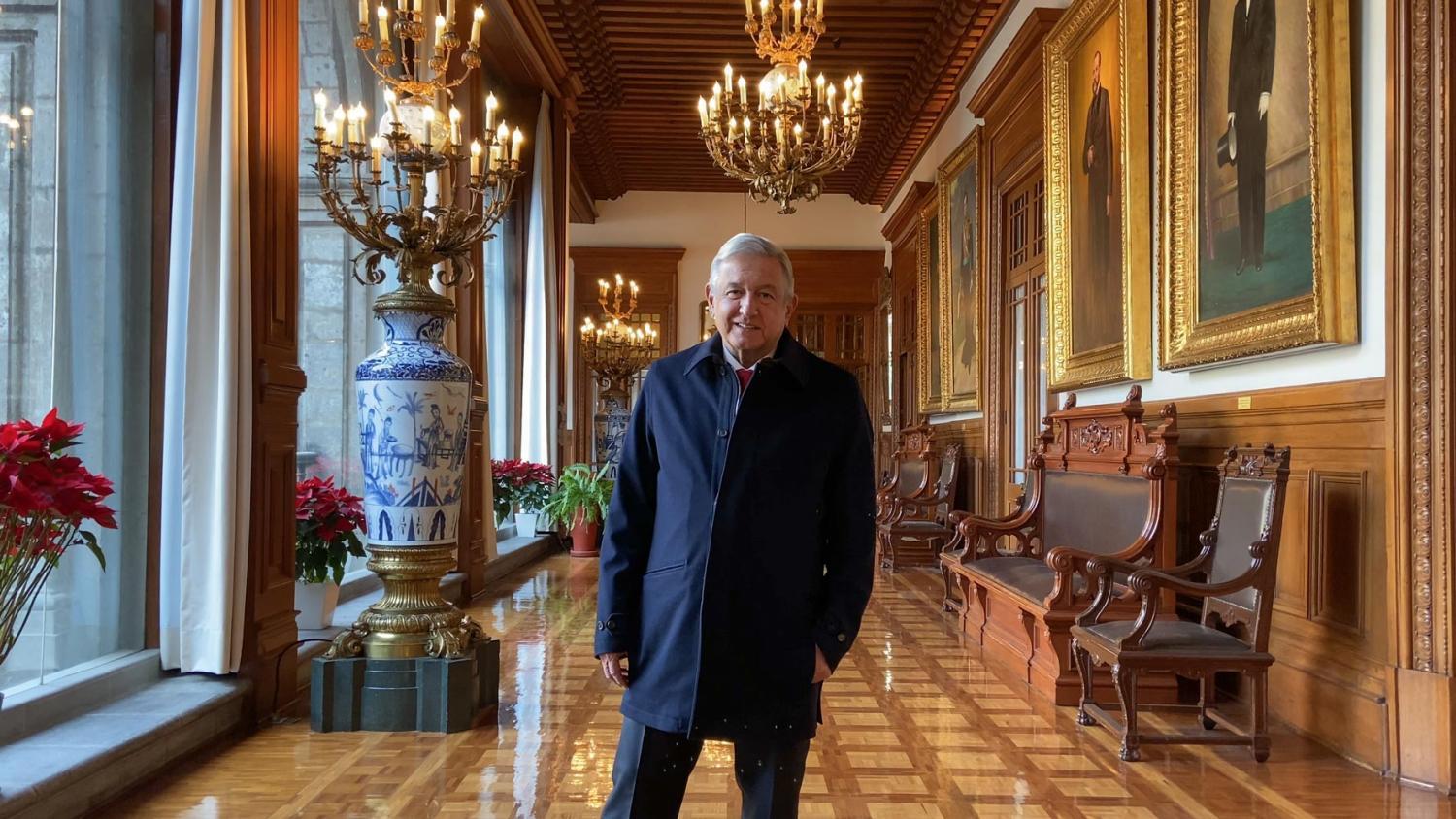 MEXICO CITY — Last week, Mexico’s president, who has flouted some of the science related to the pandemic, made public that he had contracted COVID-19. And after rumors spread about his condition, the president appeared in an online video last weekend, still optimistic about his government’s strategy.

In the video, President Andrés Manuel López Obrador appears walking across Mexico’s National Palace without a facemask, saying his doctors tell him he’s in good shape, but still in recovery.

"You can’t defeat those of us who won’t surrender," said the president, quoting baseball legend Babe Ruth.

In his message, López Obrador expressed thanks for messages of support he’s received from throughout his country and the world. He said that the pandemic hasn’t overwhelmed his government.

The president promised to provide enough health care services. And he said Mexico will get enough vaccines from different providers and countries of origin by March.

According to several studies, including one from Bloomberg news, Mexico ranks among the worst countries for its handling of the pandemic.