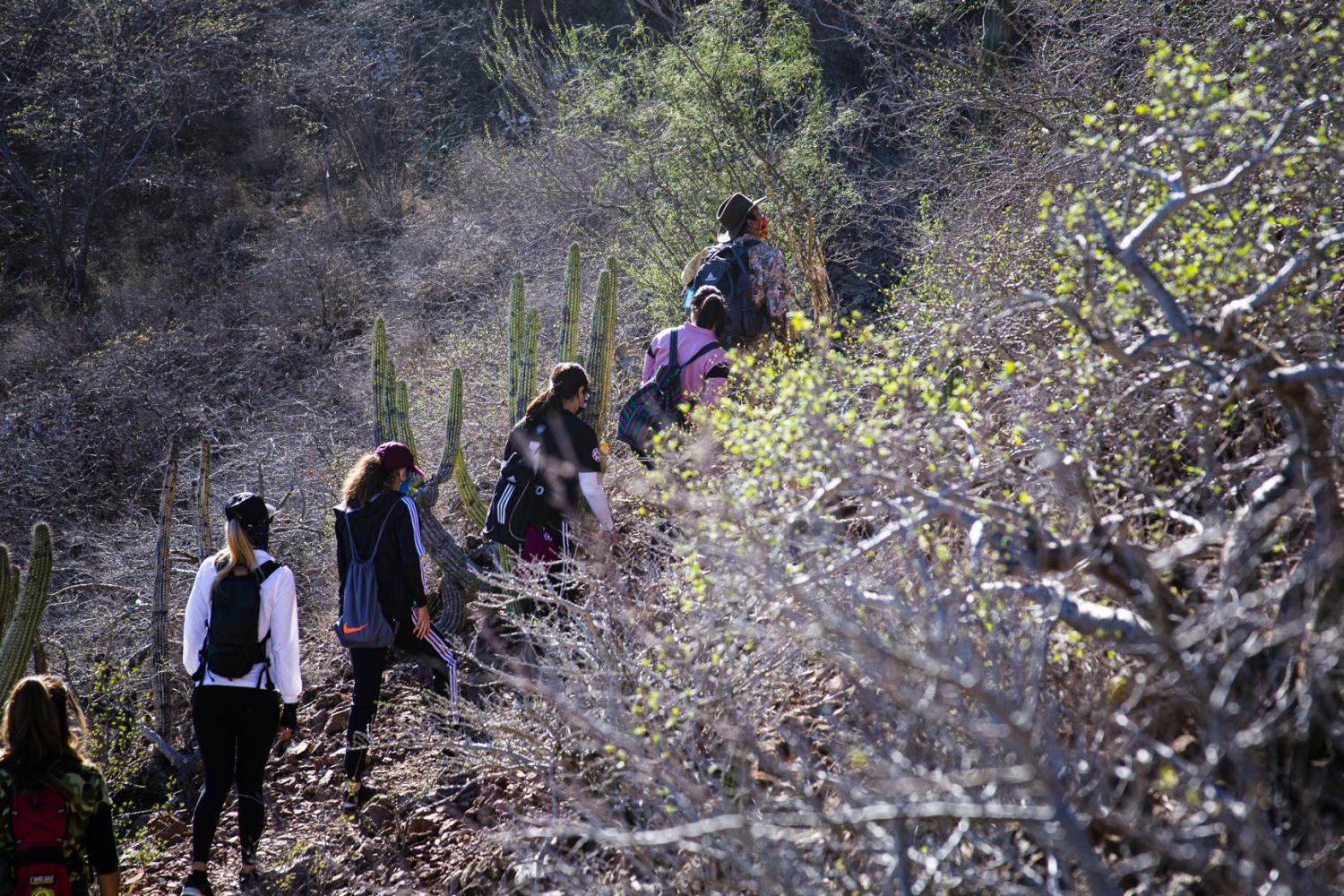 Murphy Woodhouse/KJZZ
Manuel Magaña leads a group of hikers along a peninsula in San Carlos.

In the early morning shade on a recent weekend, just off San Carlos Bay, local guide Manuel Magaña led a group of hikers through a stretching routine.

“We’ll begin at the top and work our way down,” he said. “We’ll start with the neck.”

After loosening up, they set out toward a lightly traveled peninsula with sweeping views of the Sea of Cortez.

Karen Ramos had driven up to San Carlos from Ciudad Obregon to enjoy a peaceful week at the beach.

“Yeah, on my own, to connect with myself,” she said. And a part of her solo adventure was giving hiking a go for the first time.

“I’ve never hiked up a hill before, or climbed anything,” she said. “But I do really like adventures.”

Though a little winded, she got up the first steep climb just fine. 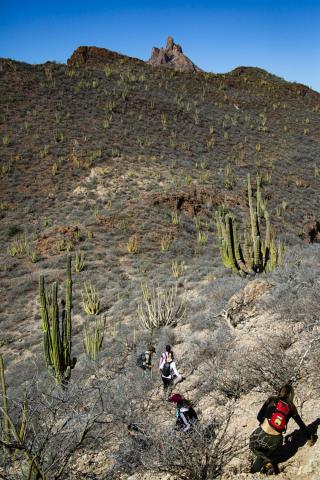 Murphy Woodhouse/KJZZ
The group makes its way down to the beach from a high rock outcropping.

Rising interest in hiking is a relatively new phenomenon in Sonora, according to Magaña. What he described as a boom got going a few years before the pandemic arrived. But with gyms and many other places closed or at limited capacity over much of the last year, the pandemic has thrown fuel on the fire.

“Since November, we’ve had tours every weekend,” he said of what he described as one of his best seasons to date.

“Several people have commented that they signed up more than anything because they’re sick of being at home,” he added. “And this helps them destress.”

“Before, there was only sun and the beach in San Carlos,” said Julio Rascón, president of the Sonoran Association of Tour Operators, Guides and Tourist Hosts.

But in recent years the association has worked to get seven San Carlos hiking guides — including Magaña — federally certified, and a fair number of others elsewhere in the state. That was a necessary step for guiding businesses to get started, according to Rascón.

And with growing demand, now boosted by the pandemic, they’re also working to open new places with hiking promise.

But unlike the American West, where much land is public and long-established trail systems wind for countless miles through the backcountry, the vast majority of land in Sonora is privately or communally held. That means reaching out to landowners to work out access agreements.

“It will make them more money, with just a little investment and work,” he said of what landowners stand to gain.

Rising interest in hiking can also be seen in growing crowds at the trail systems that do exist in the state.

On a recent weekday evening, the parking lot at Hermosillo’s popular Cerro El Bachoco was full, and dozens of walkers, runners and riders were out enjoying the sizable network. 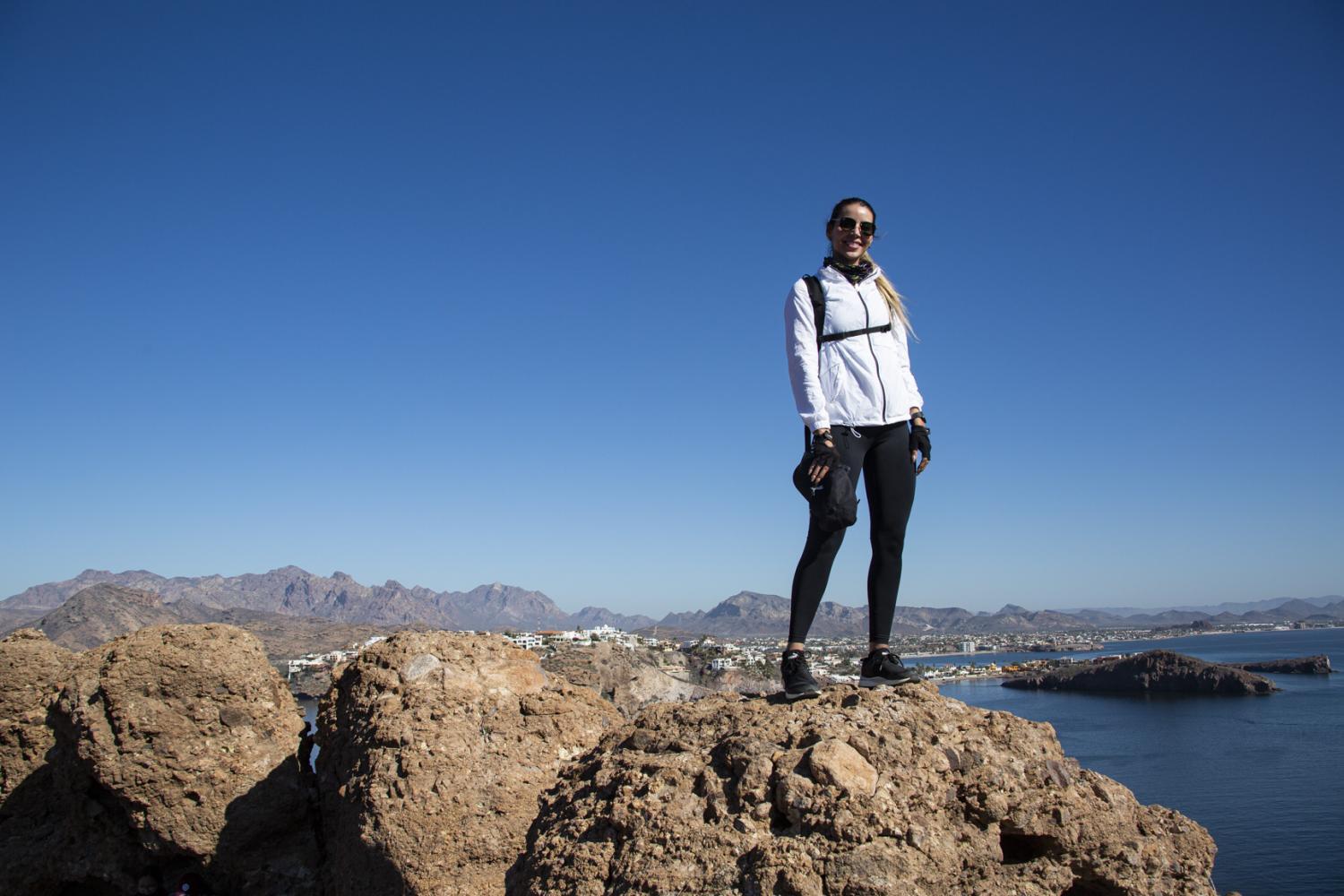 Murphy Woodhouse/KJZZ
Karen Ramos takes in the view of the Sea of Cortez from a high point in San Carlos. She said it was her first time hiking, but won't be her last.

“Personally, I really think it was an opportunity for people to realize the importance of having outdoor spaces to go to,” said Sofia Vargas, an experienced hiker and cofounder of the conservation collective Caminantes del Desierto.

And having more people enjoying the open spaces that exist makes it easier to defend them, and push for more, according to Vargas. But the growing popularity has brought consequences.

“I think it’s principally the trash,” she said.

That includes carelessly discarded facemasks on popular trails, according to Vargas, which have also been an issue north of the border. But there’s been issues with more wildfires, made worse by the growing buffelgrass problem.

She and other conservation-minded hikers try to promote leave-no-trace ethics on social media, where a number of Sonoran hiking groups are active. They’ve also held workshops in the past.

But she thinks groups like hers could do more to reach out to new hikers, and plant the seed of responsible use so that all Hermosillenses join the work of caring for wild spaces. 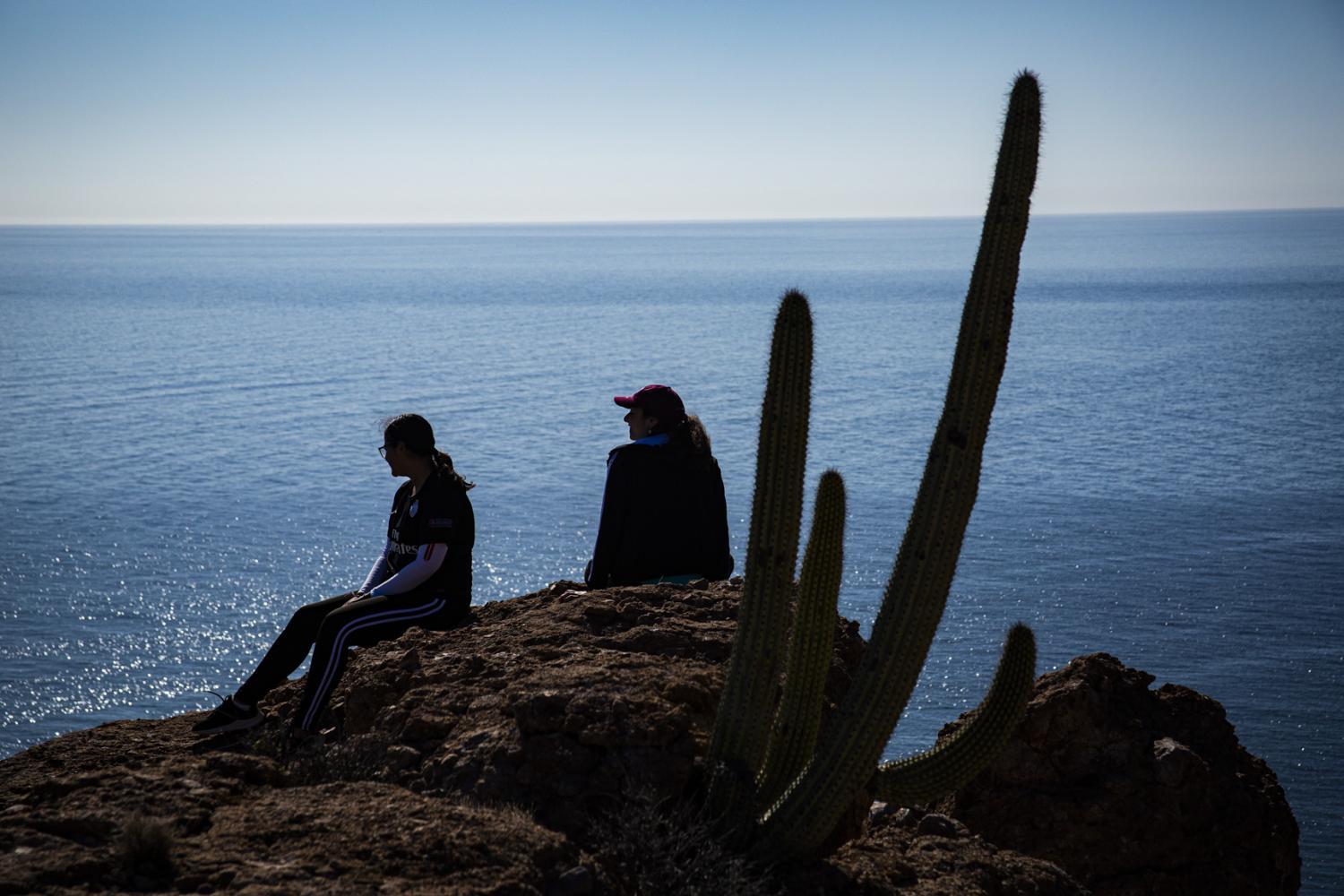 After a few more climbs, and a bit of scrambling, Ramos and the rest of the group made it to a high rock outcrop, with cliffs falling to the waves below and cactus running to the water's edge.

“The sea, infinite,” she said of the view afforded by her perch. “I think the most beautiful thing that we have here in Sonora is the combination of the desert and the sea.”

She said she had never given herself the opportunity to enjoy Sonoran landscapes by hiking before. But now with one hike under her belt, she said she’ll do it again, and on her own.