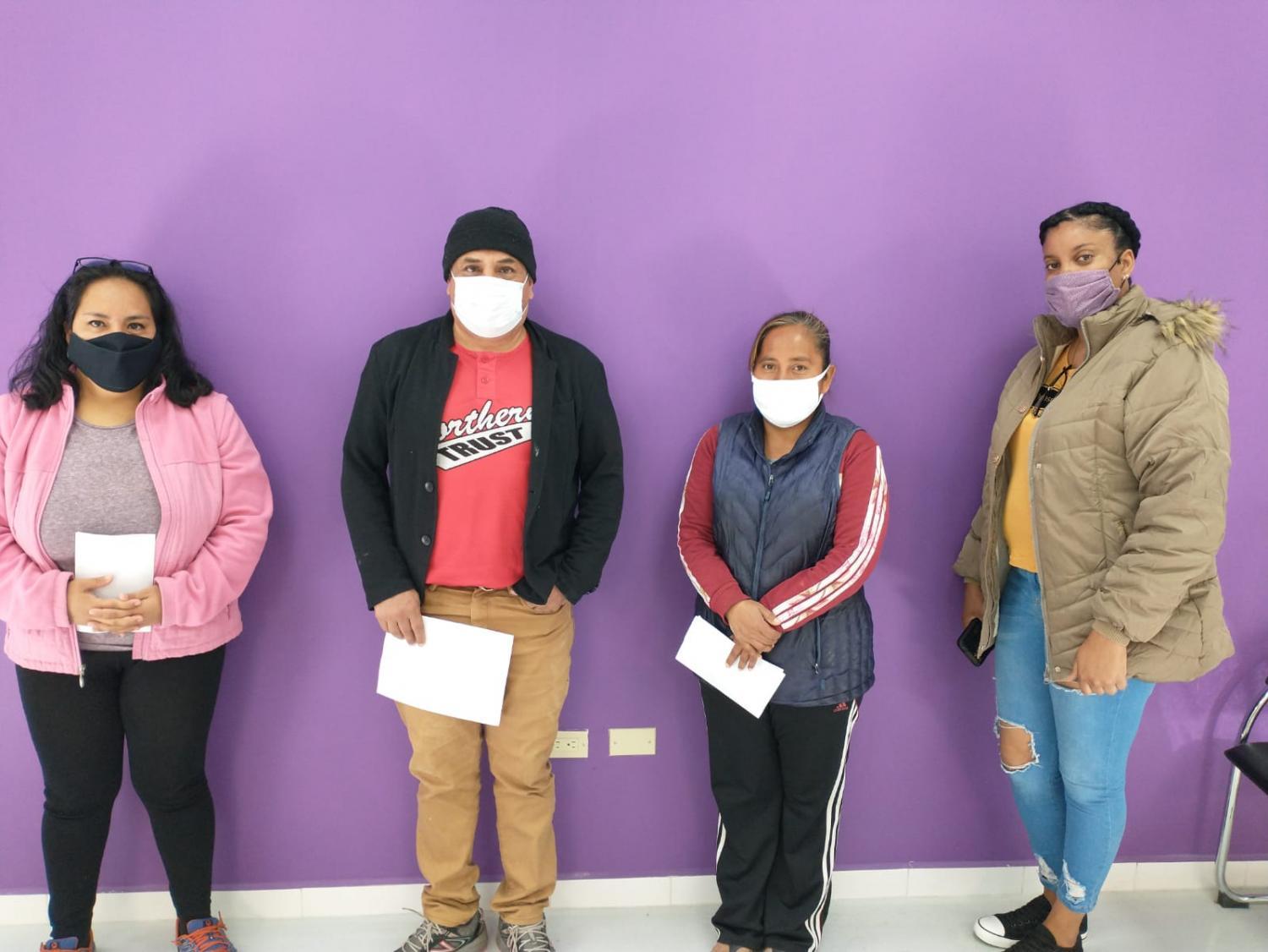 Kino Border Initiative
(From left) Asylum seekers Jacquelin and Sergio from Honduras; Esmeralda from Guerrero, Mexico; and Lidsay from Cuba spoke as part of panel on Wednesday, Feb. 3, 2021, calling on the Biden administration to open the U.S. border to asylum seekers.

This week, President Joe Biden signed three executive orders repealing some of the immigration policies implemented by the previous administration. But those actions haven’t provided relief for many asylum seekers waiting south of the border for protection in the United States.

Now, after waiting a year or more in Mexico for U.S. asylum protections, some migrants are disappointed Biden hasn’t moved more quickly to help them, as he had promised during his presidential campaign.

"Well the truth is that I feel disappointed," said Jacquelin, from Honduras, who has been waiting in Mexico to ask for asylum with her two U.S.-citizen children for more than a year.

"The news we've received has left us disappointed, sad. Not just me, but my family that has been waiting for good news, and who believed the border would open, and it hasn't happened," echoed Sergio, also from Honduras, who has been waiting south of the border for more than a year and a half.

The panel detailed the hardships of their long waits south of the border, and pleaded with the Biden administration to immediately end policies that have left them stuck, often in difficult and dangerous situations.

Those policies include the Migrant Protection Protocols (MPP), or “Remain in Mexico” program, that has sent tens of thousands of asylum seekers back to Mexico to wait for U.S. court hearings. And Title 42, which halted asylum at the U.S.-Mexico border last March under the pretext of public health.

But despite a slew of new executive orders, asylum seekers still don’t know how much longer they will have to wait for relief.

"We are patiently waiting. We've shown that we have patience, and we are trying to respect the laws," said Lidsay, an asylum seeker on Wednesday's panel from Cuba who has been waiting for more a year in Nogales under MPP. "We have faith and hope that this situation can be clarified as soon as possible, because it's been far too long."

On Tuesday, Biden signed three executive orders on immigration. One is meant to address the root causes for migration from Central America, and promised to review MPP. The second established a task force to reunite more than 600 families who remain separated as a result of the Trump administration's "zero tolerance" immigration policy. And the third calls for the review of immigration regulation and policy changes that blocked people from legal paths to immigration, such as the public charge rule.