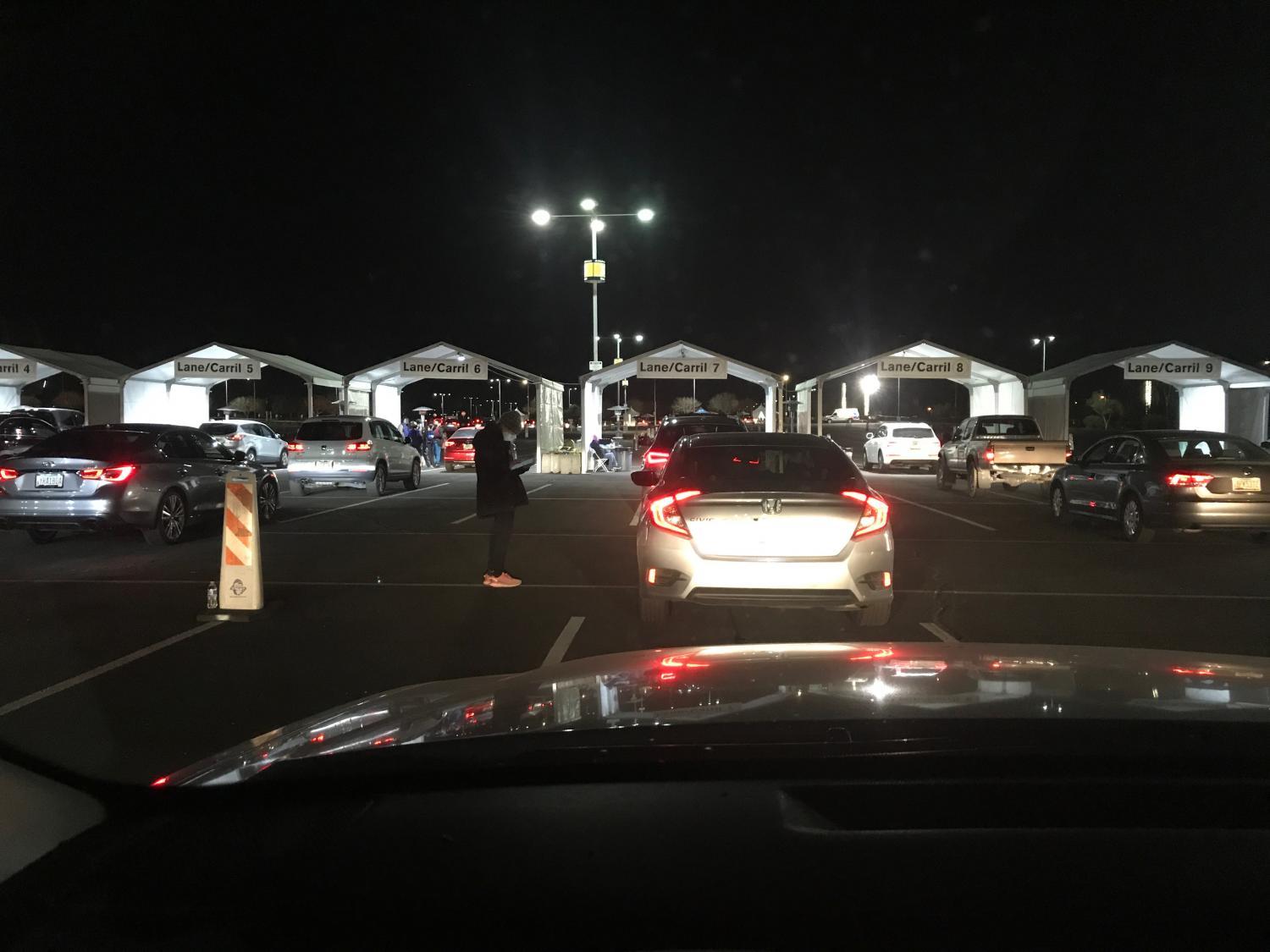 Chad Snow/KJZZ
Cars in the drive-through vaccination line at the State Farm Stadium site in Glendale at about 2 a.m. on Jan. 13, 2021.

As the COVID-19 vaccination rollout continues, distribution hiccups are popping up.

Will Humble, former director of the Arizona Department of Health Services, says some young people are receiving the vaccine just by tagging along.

Humble says the workers at the State Farm Stadium site are vaccinating people for just being in the car, even if they don't have an appointment and would otherwise be ineligible to receive the vaccine right now. He says that decision was made by the vaccination team.

Holly Poynter, a spokesperson for the Arizona Department of Health Services, says vaccines are sometimes administered to those without appointments to avoid wasting doses.

"It depends in part on the ready-to-go vaccine supply at that moment," said Poynter in an email to KJZZ on Friday. "It is a national best practice to administer doses rather than risk them expiring in the several hours they can be used after thawing."

Poynter says clinical decisions are also made on site that take into account "whether the additional person is a caretaker or has some other role for vaccination that would provide benefits to the person with the appointment."

However, Poynter says the health department does not suggest that those with an appointment bring extra people.

"There are no guarantees that another person in a car will receive the vaccine," she said. "Because we cannot always accommodate those that do not have an appointment, we do not recommend bringing additional individuals with the expectation they will get vaccinated."

Humble isn’t just concerned about seniors and essential workers competing with these young people, he says the general rollout system has flaws.

“The system that we have in Arizona favors the wealthy. It favors people who have flexible jobs, good computers, that can be ‘Johnny on the spot’ in those few minutes when those appointments come up," Humble said.

He also points out that mass vaccination sites serve only people in cars, and those using public transportation may be turned away.

As of Thursday night, the Centers for Disease Control and Prevention says more than 686,000 vaccine doses have been administered in the state.