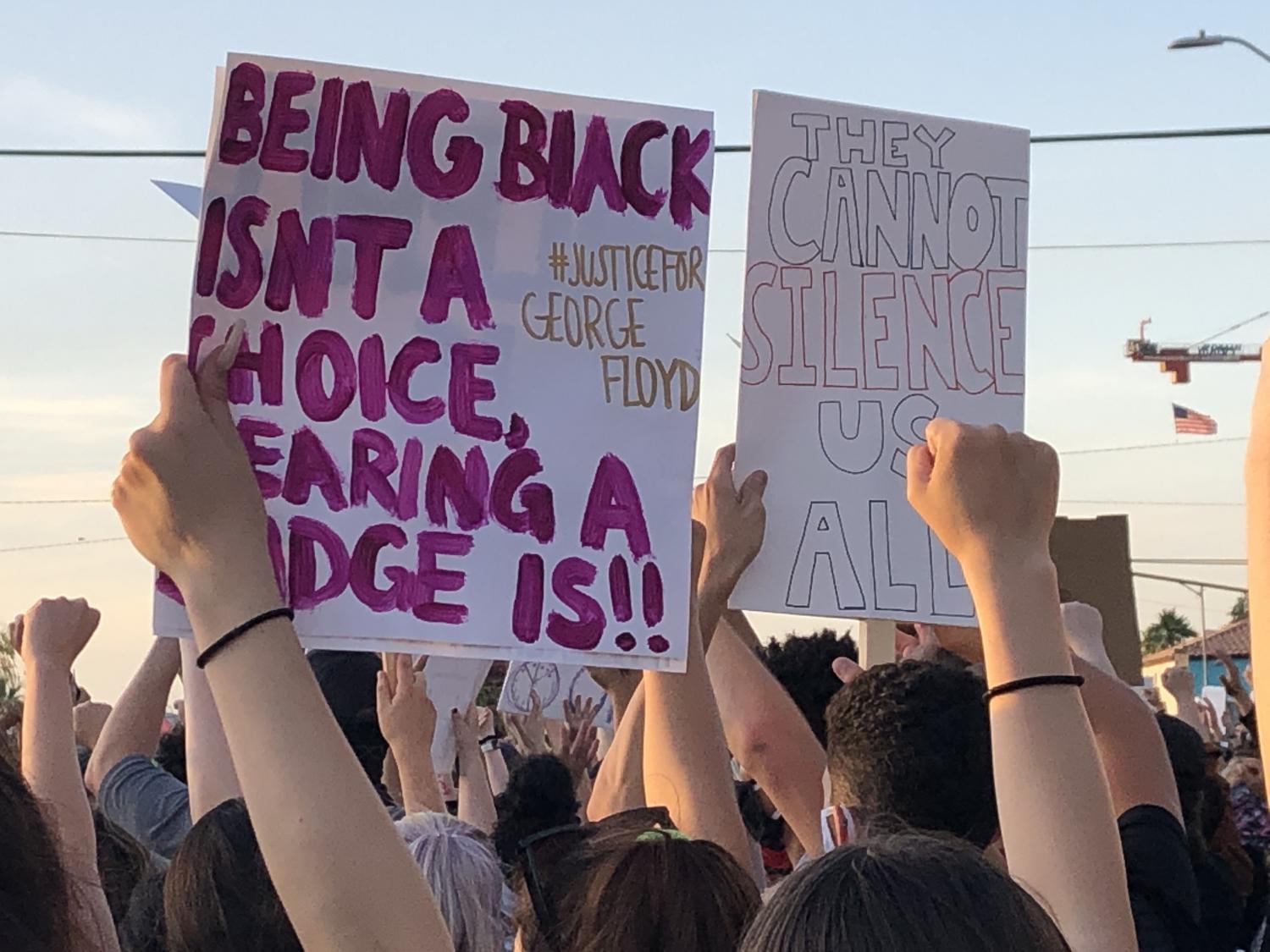 Scott Bourque/KJZZ
A protest sign that says "Being Black Isn't A Choice, Wearing A Badge Is" held by a demonstrator at a demonstration against police violence in Phoenix on May 31, 2020.

A measure approved Monday by a state House committee is among several bills advancing in the Republican-controlled Legislature in the wake of demonstrations against police brutality last year.

Critics worry the measures would be selectively enforced by overzealous police and prosecutors and would discourage people from exercising their First Amendment right to protest.

They point to the case of 15 people who were arrested by Phoenix police at an October protest and charged by Maricopa County prosecutors with gang crimes, which carry severe prison penalties. The charges were dismissed under pressure last week.

The legislation, House Bill 2309, puts “power in the hands of police and prosecutors to target speech they find objectionable,” said Marilyn Rodriguez, a lobbyist representing the American Civil Liberties Union.

The bill would create a new crime called “violent or disorderly assembly,” which would trigger much stiffer criminal penalties for people working together to cause injury or property damage during a protest that police have declared to be an unlawful assembly.

Criminal damage, blocking roadways, aiming a laser pointer at an officer, criminal damage, public nuisance and other crimes would become felonies. Assaulting a police officer would automatically be considered aggravated assault, with a six-month minimum jail term without the ability for a judge to shorten it.

The bill also would prohibit anyone arrested at such a demonstration from receiving public benefits or working for government agencies, but the sponsor said he'll remove that provision.

“I don’t see how innocent people are going to be caught up in this,” Kavanagh said.

Lawmakers also advanced House Bill 2567, which would require that police disciplinary boards be dominated by officers from the same agency as the officer facing discipline. The measure takes aim at citizen review boards that give civilian oversight of police discipline.

Another measure advanced that would require police agencies to notify people, before they file a complaint about an officer, that it's illegal to submit a false report.