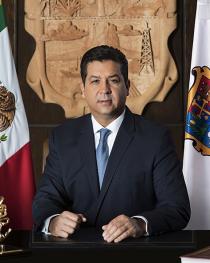 MEXICO CITY — The governor of a Mexican border state, and one of the most high-profile opponents of Mexico’s president, is under scrutiny. The Mexican government is accusing him of criminal activities, but he claims it's part of a dirty war before the election in June.

Francisco García Cabeza de Vaca is the governor of Tamaulipas, a state bordering Texas that has a decades-long history of corruption and drug-trafficking.

He is accused of collaborating with organized crime in several activities such as money laundering, and even giving his blessing to the massacre of dozens of Central American migrants earlier this year.

Alejandro Gertz-Manero is Mexico’s attorney general. He said the governor will be judged fairly and transparently by Mexico’s Congress, which will determine if he will be removed from his post to face charges.

But García Cabeza de Vaca argues it’s a political move from the Mexican president before the elections to help his own party.